I received the sign-out from a colleague that he was to be transferred out of the medical intensive care unit to our service, as we were the team on call that evening.  My intern and I prepared to see him in the unit before he was moved to our floor, which involved reviewing his chart and having preliminary discussions about continuing his care.

Soon after, we arrived to the unit, checked the monitor with the list of patients and their room assignments, and walked in steadfast progression to his room.  I could see before entering that he had a visitor, a Black woman who looked to be in about her mid-60s sitting in a bedside chair chatting with him.  I could see that he was also Black, closer to his mid-70s by my estimation, and I smiled.  They both looked to be comfortably engaging in enjoyable conversation as friends who have known one another for decades often do.  I smiled also because being a young black doctor; I have often reaped satisfaction from having black patients, knowing that we often share similar backgrounds, upbringings, experiences, and challenges that have helped delineate our individual and collective heritage as a people.  Though no two men or women of African descent are the same, there is this inherent familial sense of belonging to a kindred group.  In that, I took severe appreciation, hoping that being a black man in a white coat would provide facility in forming the physician-patient relationship.

My intern and I walked into his room, which he shared with another patient being visited by a presumed family member.  After I turned around from drawing the curtain to provide our encounter with some privacy, I noticed his right hand was extended with a Styrofoam cup in it as he uttered these words to me:  “Get me some water.”

Get him some water?  I thought to myself.  He must be delirious or something.  Then he said, “Here’s my cup.  I’m thirsty.  It’s your job, right?”  Here I stood, cloaked in a white coat with MD clearly embroidered in blue print on it just after my name and that was his first gesture to me.  I stared for a moment at him in disbelief, quite perplexed that a man who looked like me with ancestors who more than likely had been objectified through the operation of the transatlantic slave trade just as mine had blatantly disregarded my title, position, and achievement.  He with that rudimentary request demoted me.  I felt small.  The white coat meant absolutely nothing to him.  All he saw was another black man who happened to be in a hospital standing before him who, based on his perception, must not, could not, and probably should not be a doctor.  My intern and I introduced ourselves, exposing to him that we would be his doctors after he left the ICU.  With the advent of this knowledge, he looked at us both as if he had witnessed the appearance of a black unicorn or even a ghost.

Roughly 4 percent of all physicians practicing in the United States are African-American, and, to a lesser extent, roughly 3 percent are African-American male physicians.  The system has failed patients, particularly those from African-American and Hispanic backgrounds, because it has indoctrinated them with the perception that African-American and Hispanic physicians cannot and must not exist, and if they do exist, they will probably in their lifetime never get a chance to be cared for by one.  Experiences like this remind us daily that we absolutely must intensify the call to action for augmented diversity in medicine.  All patients need doctors who look like them and understand them culturally, emotionally, and psychologically as well as physically, and incorporating all of these elements in caring for a patient is what provides for both holistic and humanistic care which every patient deserves.

Zora Neale Hurston wrote these words in 1928: “I feel most colored when thrown against a sharp white background.”

She further explains that at those times, “I am a dark rock surged upon, and overswept, but through it all, I remain myself. When covered by the waters, I am; and the ebb but reveals me again.”

For the black physician, the experience is quite quotidian.  Every day, there are experiences that remind me that I am the etchings of lead on the light background of the tabula rasa of the medical community.  There are patients and their families who remind me that to them, I am as fresh black oil splashed against a pristine white fur coat.  Yet, the sharpest white background for the black physician may be that very symbol that represents the sanctity of medicine itself:  the white coat.  No matter how clean I strive to keep mine, it is evident that it is a secondary factor in the equation.  It is not the first thing some patients, colleagues, or even some patient family members see.  I will always be known first to some as a black man and secondly as a black man who has worked to achieve the privileges afforded a medical doctor.

I do believe racism in medicine exists, and many African-American physicians all have our individual stories about when we were ostracized just because of the color of our skin.  This is not an article, on the contrary, about racism in medicine.  It is a conversation about how racism since the early days of medicine in our country has allowed for the colorizing of perceptions about whom and what a man or woman of color can do in our office practices and can be on our hospital wards.  The color of medicine in America should not be all white.  It should not be all black.  It should be a beautiful mélange of all races, ethnicities, and cultural backgrounds as dictated by the pluralism for which America stands.

I was hesitant to pen my thoughts on this topic, but then I remembered something I was taught.  The discussion apropos to racism is not meant to be a quiet one. It is not a silent “e” placed gingerly after a certain consonantal entity. It is not meant to be discussed with passive-aggressive hyperbole, masking one’s real feelings instead of openly engaging in discourse about the elephant in the room. It is not silent in itself and of itself so it should not be discussed in silence all by itself. If so, it will fester, ferment, and bubble over its tasteless juices into the future of society and taint the sweet victory of progress. It is in similitude to a good piece of poetry by a venerated soul: It is meant to be understood, experienced at some point, and, most crucially, read aloud.

A sick doctor must show up to work. That's wrong. 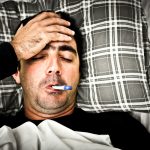 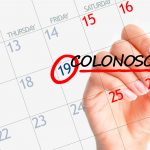 A black doctor’s perspective on perceptions by race
2 comments