A woman in her mid-thirties with a terrible limp and a past surgical history in the dozens became my patient two years ago. Her prosthetic left leg served her well, but her right leg was moving awkwardly because of advanced hip arthritis and a formerly shattered ankle.

She was on long-acting morphine and short acting oxycodone. Her Social Security disability insurance didn’t cover the long-acting form of oxycodone.

She told me several times how much she hated being on narcotics, but they kept her functioning. She was able to do her own housework, and she was taking classes in medical coding and billing.

Her pill counts were always correct, and her urine drug screens always showed morphine and oxycodone: never anything else.

A year ago, an anonymous caller told Autumn that my patient was injecting her morphine. I saw a couple of scratches on her arms, and she told me she had this nervous habit of picking at her skin. I said that habit could keep her from receiving future prescriptions for pain medications, and I never again saw any marks on her arms or legs.

Last summer, we got an emergency room report from Massachusetts that documented how my patient had presented with symptoms of opiate withdrawal. The story she had told there was that she had lost all her pain medication when her car was broken into at a highway rest area several days earlier. She was dehydrated and needed intravenous fluids.

When I saw her back, she was still shaky, and she asked me not to prescribe her long acting morphine. She said, tearfully, that she was determined to get off her narcotics. Just some oxycodone to take the edge off her pain, but she didn’t want to have these drugs in her system all the time, she told me.

Her next drug screen only showed oxycodone and its metabolite, oxymorphone, just as expected.

A few months later, she ended up missing her follow-up appointment because her mother fell ill and needed emergency surgery. “I stretched my oxycodones,” she said, “and I did all right.”

“Let me do another drug screen, to prove that you didn’t take anything else,” I said.

She tensed up, but didn’t say anything, except “will the results go up on the new patient portal?”

A few days later, the opiate confirmation test came in. Her oxycodone level was medium high, but there was no oxymorphone, suggesting only recent oxycodone intake, but not proving continuous use. That was reasonable as she had been taking her prescription less regularly. But, confusing at first, her morphine level was higher than the assay could measure. There was also a high level of codeine.

I had in front of me a test result that suggested probable heroin use.

I had to check my facts but needed some extra time to do my research. Meanwhile, she called to inquire about her results. Autumn told her that they probably hadn’t come in yet if they weren’t on the portal.

Heroin, also called diacetylmorphine, is rapidly metabolized to 6-monoacetylmorphine (6-MAM), which is six times more potent. Within a few hours, 6-MAM is transformed to morphine and no longer detectable in urine or other body fluids. Street heroin often has some acetylcodeine in it, which is metabolized into codeine.

I checked with the reference lab. They could run a test for 6-MAM, but because it is present only for a few hours, it might still be negative even if my patient was using heroin. The turnaround time for the analysis could be up to a week.

I picked up the phone.

“I’ve got your opiate confirmation test,” I started.

“It shows your oxycodone, but also more morphine than I’ve ever seen, and some codeine.”

“That is the pattern we see with heroin use. And, in any case, you wouldn’t be expected to have that much morphine in your system when you are no longer prescribed morphine, and I never prescribed codeine for you. I have a confirmation test pending for 6-MAM, which is a breakdown product that we see in the body before heroin becomes morphine. But this disappears quickly from the system, so we don’t always see it in heroin users,” I explained, based on my recent homework.

She still said nothing, except, “Can you put the result up on the portal so I can look at it?”

That was it. She hung up. I never heard from her again.

A few days later, her 6-MAM report came back. It was positive. I signed off on it, and it went up on the portal.

What can physicians do to increase empathy about the health of populations? 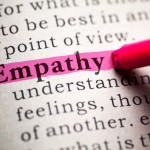 We pretend that we're not afraid 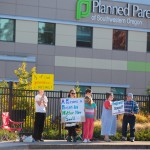