A few months ago, I got the dreaded 2 a.m. consult from the emergency department. I met Mr. Smith, a man with a very strange looking and inflamed gallbladder. The abnormal appearance on ultrasound meant we had to discuss the possibility of malignancy. Instead of the usual 15-minute spiel about removing the gallbladder, I spoke to the patient and his wife for nearly an hour. I drew the anatomy. I discussed the full treatment algorithm.  I answered their questions and concerns. They seemed appreciative and understanding. Ultimately, he signed his consent for surgery. I left the room feeling I had taken good care of this patient.

On my way to book his surgery, his wife catches up to me before I can leave the emergency department. “There’s a problem with this consent form,” she explains. She points to the very first clause. The gist: This is a teaching hospital, and residents will be involved in your care. “We are not OK with residents. He is not one of those patients. We have good insurance.” The request was unapologetic and matter-of-fact.

Here are the things that I said to her:

It is completely understandable to want the best for yourself and your family members. But refusing resident involvement is not the way to do it. A better, and fair question to ask is, “Will the attending surgeon be present for the entire case?”

While I am obviously biased as a resident myself, attending surgeons are equally distressed when patients attempt to refuse resident involvement. While some may humor difficult patients and bargain the resident’s role, I have seen a growing number of attending surgeons telling patients to seek care elsewhere if they are uncomfortable with residents.

As for the patient’s wife, while I convinced her that a resident was preferable to the other options available (not to mention better for her husband overall), she was ultimately still distrustful and did not want the resident to “do anything important.” And as for what actually happened on the day of surgery: I know that a resident assisted, but I don’t know to what capacity.

Nonetheless, I think we need to have faith in the attending’s judgment about what is safe for a resident to do, and trust that residents are dedicated, well-trained professionals that would not endanger their patients. 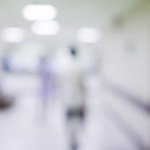 Medicine is the most emotional profession. This story proves it. 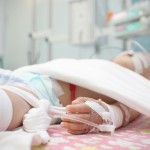 You should want surgery residents for your operation. Here’s why.
12 comments