I recall during my freshman year in medical school, sitting in class and listening to what were supposed to be 50-minute lectures from people who’d been teaching the same course for years. These were highly educated and intelligent folks; they knew how much material they could cover in 50 minutes. Yet, they frequently went past their time; encroaching on what was for some a badly needed bathroom break, and for all of us a missed opportunity to stretch and clear our heads.  Maybe it was intentional, maybe not; but the message seemed fairly clear: “Your time is no longer your own, and your personal needs are irrelevant.”

Carl Jung is credited with first applying the term “wounded healer” to physicians. In doing so, he references Greek mythology: probably the myth of Chiron. Chiron was a centaur who was struck by Hercules with a poisoned arrow, which created a wound that could not be healed. He lived his life in severe pain, but became a great healer of men.

There is a bit of the wounded healer in all physicians. We endure physical, financial, and mental hardship in the process of learning our craft. We put aside our own needs and desires for the sake of our patients. When they need us, we go. If we are hungry or tired, or it is inconvenient, still we go. We look on this as simply what is needed; what is right. Some who know us and love us believe it’s heroic, and perhaps they’re right.

In the crucible that is medical school and residency, the concept of self-care has almost no meaning.  In military boot camp, recruits are systematically broken down and then built back up as part of a team. Medical education has the stress part pretty well perfected, but whether or not young doctors are emotionally rebuilt in any meaningful way, is pretty much left up to chance.  Faculty might be excellent scientists and clinicians but not necessarily good leaders and role models. There is no meaningful team building; medical education is all about individual talent and responsibility.

Many medical students and residents do just fine on their own. They figure things out and become outstanding physicians. Many faculty are good role models, and I’ve known some of these. The point is that when this happens, it’s more by default than design. The culture that most of us were trained in discourages self-care, and that attitude is perpetuated throughout our careers.  It seems like our younger physicians, and our training programs are starting to recognize and rectify some of this; unfortunately, that also seems to be creating a generational divide in medicine.

What is self-care? It’s not selfishness, and it’s not self-indulgence. It’s not incompatible with a life of service; in fact, it’s what makes a life of service possible. Self-care is simply putting on your own oxygen mask before you put a mask on the person sitting next to you. Self-care is nothing more and nothing less than designing your environment in a manner that enables you to serve your values and have a healthy, happy, and fulfilling life.

As a profession, we simply forgot to put our own masks on. We focused on patients without worrying too much about business because, well, the money just came from doing the right things. We didn’t worry too much about the time we spent serving on committees or as medical staff officers for the same reason; the money was coming in, and there was plenty of it. It was easier to neglect our needs for rest and comfort when we didn’t have the additional burden of financial worries. We built practices, employed others, and pretty much-ignored everything but our patients, including our own health and well-being. For most of us, the money wasn’t the primary goal. It wasn’t so much motivating as enabling.

At any given time, 50 percent of physicians report being burned out. Burnout is a very real problem and a patient safety issue that leads to distraction, disinterest, and a loss of empathy. 15 percent of male surgeons and 26 percent of female surgeons have a problem with alcohol. No, that’s not a typo. Rates of depression for physicians are in the double digits; somewhere around 25 to 30 percent for interns. Roughly 400 doctors and medical students will kill themselves this year. That’s a 747 full of doctors crashing to the ground every year with no survivors. Male physicians are 1.41 times more likely to kill themselves than age-matched males in the general population; female physicians are 2.27 times more likely to commit suicide than age-matched controls.

Chris Cantilena is an anesthesiologist and a personal, career, and business results coach. He can be reached on his self-titled site, Chris Cantilena, MD, MMM.

There are far too many homophobic doctors and nurses 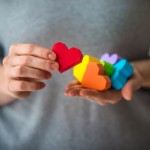 Why paying hospitals for clerkships is good, and necessary 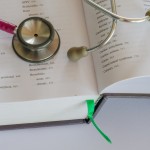 Every physician is a wounded healer
2 comments