Yesterday I caught myself doing something I had told myself I would never do, especially not in residency. I heard the medical student present the patient as a, “35-year-old male with a past medical history of poly substance abuse, noncompliance, and multiple stints in rehab,” and I caught myself rolling my eyes and writing drug seeker in my notes on the patient. This was not my last day practicing medicine after a long and storied career. This was just my second week as an intern, and I realized I had started becoming jaded to this patient population.

Upset I had allowed myself to get jaded so soon, I tried to convince myself this story would be different. That he was actively seeking medical care and to reform, to become one of those success stories we hear all too often on the radio or see on TV, and that his failures were not personal shortcomings, but a reflection of the flaws and apathy of our medical support system.

Unfortunately, his story sounded all too familiar. Multiple stints in rehab, multiple drug therapies and drug combinations, a history of crime, and every outreach and sober living program his family could find had failed. When we spoke with his parents, they wondered aloud if it was time to move to another city or state, hoping that the drug dealers and his addictions wouldn’t follow him behind a dumpster or into a bathroom of a seedy bar if the weather were different.

When we spoke with him and his family, we spent thirty minutes talking about his rhabdomyolysis, a condition where muscle tissue in the body becomes damaged and breaks down very quickly, flooding the kidneys and bloodstream with a toxic level of salts and myoglobin. This disease can very often kill people despite medical support, but his lab values had continued to improve, and he would need bed rest and oral rehydration as his muscles healed over the next few weeks.

We explained that the cause of his rhabdomyolysis was due to his overdose of cocaine and methamphetamine. We emphasized that if he goes back to his drug use, he will come back with rhabdomyolysis. We stressed that should he come back in rhabdomyolysis, he could die despite anything we will try to save him. He sat in his bed and listened to us talk, his eyes intently focused on us, but his gaze distant.

Everyone hoped our message was getting through to him, but no one believed it had when he asked for a new prescription of pain medications immediately after the attending finished speaking. His mother asked us outside his room if there was any rehab facility our hospital could recommend; they had already tried inpatient rehab, five different outpatient rehab facilities, and every alcoholic anonymous or narcotics anonymous program within a hundred miles. We gave her the number to our social worker, and told her we would follow up.

Russell Brand wrote an essay about how we as a society need to review how we treat addicts. They may be dangerous, abusive, erratic, and simply “bloody wankers,” but they are also very sick. The patient is a nice guy when he’s not on drugs or craving them, but in his words, “Drugs aren’t my problem, reality is.” If his day goes well, if he doesn’t perceive anyone threatening him, work goes well, and that pretty woman he flirts with flirts back, then he doesn’t feel the urge to hit or shoot.

But, when his personal life becomes unbalanced, the pain feels like a bottomless pit so deep he can no longer see the hope of happiness, and drugs are the only thing that can transform that bottomless pit into a shallow crater. No amount of counseling or rehab compares to the power of drugs to change his mood and help him deal with pains of living.

I will never fully understand him because I do not have an addiction, and when my day takes a turn for the worse, I can fill my tiny crater with coping skills, friends, family, and faith. Disappointment stings, but my brain is not wired to fixate on the pain, I can accept it and let it go. Unfortunately, my patient cannot.

How do we change our approach of care to these patients who will chase after the bottle or the needle at the slightest irritation? What remedy can we offer them that will prevent them from riding the sweet cloud of chemical comfort into an oblivion that even they can see coming? These are questions our medical system will have to answer one day, and there are thousands of doctors, social workers, psychologists, and families looking for that answer.

For this patient, I ask simply what can I do? I do not have the power to transform our medical system to provide sweeping reforms to provide them the social support many of them lack. I cannot change our school systems to teach coping skills and provide counseling from a young age. And I have no magic pill or therapy to take away his addiction. What little I can do, however, is change my attitude. They are frustrating, threatening, and difficult to deal with, but they are sick, and I need to see them as being very ill people before I see them as anything else. If I approach them with an open mind that they want to change, one day when they do, I’ll be able to help them.

Kevin Liu is a resident physician.

The key to physician happiness: Be you as a doctor 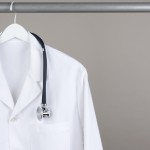 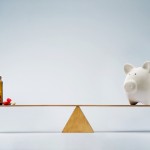 To help some patients, we have to change our attitudes
8 comments