The media is full of stories about the current opioid crisis. But unlike many national crises, such as the Flint lead-contaminated water crisis, the focus is on solutions, not blame. A few weeks ago, the Centers for Disease Control and Prevention issued guidelines for prescribing opioids in chronic pain. Congress approved funding for prevention and treatment, and the US HHS released a “National Pain Strategy.”

So to fulfill my duty as an American, allow me to place blame for our current opioid crisis. Allow me to start with physicians. We overprescribe opioids, just as we overprescribe antibiotics. But it is generally well-meaning; we don’t want our patients to experience pain. Healthy Living magazine recently published a heart-wrenching story of a woman whose life was nearly destroyed by two weeks of oxycodone prescribed by a well-meaning physician for arthritis. These physicians can best be described as innocent bystanders. But “pill mill” doctors who set up shop, accept cash as the only payment, and are willing to prescribe to anyone for any ailment, real or feigned, are criminals and need to be stopped. They cast a long shadow on the work of every other physician trying to help patients.

After the minor role of physicians comes the real co-conspirators. First is Purdue Pharmaceuticals, the manufacturer of Oxycontin. Despite a lack of increased efficacy in treating pain compared to older medications, Purdue mounted an aggressive marketing campaign that included a warning from the FDA in 2003 over misleading advertisements. Physicians, including myself, believed Purdue and started using Oxycontin, thinking we were helping patients.

At around the same time as Oxycontin’s approval, the American Pain Society introduced the “pain as the 5th vital sign” campaign, followed by the VA  adopting that campaign as part of their national pain management strategy. This declaration was not accompanied by the release of any device which could objectively measure pain, as was done with all previous vital signs, making it the first and only subjective vital sign.

The Joint Commission joined the list in 2001, issuing standards requiring a pain scale and stressing the safety of opioids. According to the Wall Street Journal, they even published a guide sponsored by Purdue Pharma. This guide reportedly stated, “Some clinicians have inaccurate and exaggerated concerns about addiction, tolerance, and risk of death. This attitude prevails despite the fact there is no evidence that addiction is a significant issue when persons are given opioids for pain control.” The Joint Commission framed pain as a patient’s rights issue, inferring that inadequate pain control would lead to sanctions.

Press Ganey deserves a place with their emphasis on patient satisfaction. They monetized their concept, selling surveys and consulting services to help hospitals improve their scores. Unfortunately, the correlation between patient satisfaction and quality is unclear, with a study from UC Davis suggesting that high satisfaction is dangerous, correlating it to higher expenditures, higher rates of hospitalization, and a higher risk of death. But acknowledging such literature would affect Press Ganey’s lucrative survey sales, so such studies are ignored.

CMS determined that pay for volume CMS developed the value-based purchasing program to shift from pay for volume to pay for value. Hospitals are scored based on their performance in care processes, care outcomes, efficiency, and patient experience. The patient experience is based on HCAHPS surveys sent to patients, including patient scoring of their satisfaction with their pain control. CMS decided that a patient’s satisfaction was as important as whether they developed a hospital-acquired condition or even survived their hospitalization and weighted satisfaction at 30 percent of the overall score.

Because CMS was now attaching significant reimbursement to patient satisfaction, hospital administrators developed initiatives to improve their scores and avoid penalties. Because only 25 completed surveys a month are required, and the difference between the 50th and 90th percentile can be an absolute difference of 1 to 2 percent,  a single poor survey can have devastating effects. Administrators held physicians responsible for ensuring that every patient was completely satisfied. As described in the comments section of a 2013 Forbes article entitled, “Why Rating Your Doctor is Bad for Your Health,” administrators withheld pay or bonuses. Physicians felt pressured to prescribe opioids when patients demanded them, despite their reservations about the need for opioid medications. Thomas Lee, MD from Press Ganey in JAMA stated, “these (drug-seeking) patients do not often respond to surveys and thus have little influence on physicians’ overall ratings,” but without any proof of such; depriving a potential drug-seeking patient who threatens to “give bad satisfaction scores” is a sure route to trouble.

In a JAMA editorial, CMS also tried to deflect blame, noting, “Because some hospitals have identified patient experience as a potential source of competitive advantage, these actions can create perverse and harmful incentives to elicit positive survey responses. For example, there are reports that some hospitals link individual physician or physician group financial incentives to performance on disaggregated HCAHPS responses. This is contrary to the survey’s design and policy aim.” If so, why did CMS not address this in 2013, when the Forbes article provided ample evidence that hospitals were using the surveys in such a way? A notice to hospitals forbidding the use of HCAHPS as a punitive measure would have gone a long way to empowering doctors to say “no” to patients demanding opioids.

Of course, placing blame will not fix the current problem, but neither will asking for the resignation of the governor of Michigan, but those responsible for this crisis need to be held accountable. I call on Congress to hold hearings and compel the top executives from Purdue Pharmaceutical, the Joint Commission, Press Ganey, CMS, and hospital administrators to testify about their role in this national epidemic. Blame must be placed; it is the American way.

Ronald Hirsch is an internal medicine physician and can be reached on Twitter @signaturedoc.

Every patient changes their doctor

Want to fix MOC? This is one idea to do it. 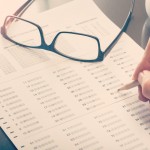 The opioid epidemic: It’s time to place blame where it belongs
111 comments