This presidential campaign has been alternately amusing and terrifying, courtesy of the antics of Donald Trump.  The prospect of someone who feels the need to boast about the size of his penis during a presidential debate having his small, small hands on the button to launch our nuclear arsenal does not inspire feelings of security.

He is looking increasingly likely to be nominated by the Republican Party.  Many, however, console themselves by thinking, “Well, now Hillary Clinton will definitely win!” given her increasing likelihood of winning the Democratic nomination.

Unfortunately, Secretary Clinton’s health records reveal some cause for concern.

Her medical history includes two deep vein thromboses (DVTs) in 1998 and 2009, as well as a cerebral venous sinus thrombosis in 2012.  A thromboses is a clot; basically, the formation of a solid plug inside a vein, a misfire of the body’s ability to plug holes and stop bleeding.  While I could not find news articles discussing the 2009 incident in further detail, the 1998 incident was a proximal DVT — one that had ascended into the popliteal vein — an especially dangerous form of DVT that is most likely to cause a condition called pulmonary embolus which can be fatal.  A cerebral venous sinus thrombosis is also a deadly condition, with a mortality of approximately 10 percent and negative cognitive effects, though survivors make a good recovery.

When anyone has multiple unprovoked clots, meaning there was no obvious reason for the body to misfire it’s clot formation system such as surgery or active cancer, and especially when someone has a clot in an unusual location such as the brain, an extensive workup is indicated to look for causes.  Some such causes include previously undetected cancers, inherited or random genetic disorders, and autoimmune disorders.  That workup was negative in Secretary Clinton’s case, per her doctor’s letter.  This is not unusual; there are many disorders that we have not yet discovered, and in all likelihood Secretary Clinton’s particular clotting disorder happens to be one that has not yet been discovered.

When someone has such a clotting disorder, as a precaution patients are often started on a medication to prevent the formation of clots.  These medications are known as anticoagulants or blood thinners.  Secretary Clinton was started on Coumadin, also known as warfarin.  This medication significantly reduces — though it does not eliminate — the chance of a future blood clot.

What is the side effect of blood thinners?  A greater chance of bleeding and greater difficulty stopping a bleed once it happens.  An elderly patient on blood thinners who is subsequently injured in a car crash is a nightmare for a trauma team.  This extends to other facets of life; a simple fall that would be shook off by anyone else can give a patient on blood thinners a lethal brain bleed.  The risks and benefits of anticoagulation must be weighed against the risk of a stroke if one does not use blood thinners; and is a choice for every patient to make with their physician.

In Secretary Clinton’s case, what is her risk of bleeding?  Secretary Clinton is over 65, and she has had multiple falls (in 2005, 2009, and 2011, and 2012); the 2009 fall resulting in a broken elbow and the last one resulting in a concussion.  According to guidelines put out by the American College of Chest Physicians, two risk factors puts her in the category of high-risk patients, meaning her risk of bleeding while on long-term anticoagulation is 6.5 percent per year.  The mortality from a major bleed is approximately 10 percent.  This does not include the possibility of an intracranial bleed, which could cause major cognitive disabilities without being lethal.

What is Secretary Clinton’s precise risk?  It is difficult to say.  She does receive excellent medical care, and presumably has her dose of warfarin closely monitored by many professionals.  In addition, she may soon switch to newer anticoagulants which are easier to take and dose than warfarin, though it is unclear if they are truly any safer.

Ultimately, all that can be said is this: There is a non-trivial possibility that Secretary Clinton will suffer a major bleed of some kind.  The worst possible scenario?  Trump and Clinton are nominated, and Clinton suddenly suffers a devastating bleed in the middle of the campaign, leaving a likely underqualified vice presidential pick to try and fight Donald Trump.  However, the risk of this is likely small; and it is not as if 74-year-old Senator Bernie Sanders is free of health risks either.  Patients and doctors both hate uncertainty, and yet we deal with it every day.  I don’t believe Secretary Clinton’s increased risks are anything that should disqualify her from the presidency, but they are certainly something to ponder.

I am my own first patient 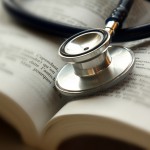 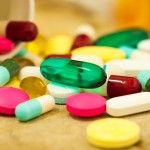 Should we be concerned about Hillary Clinton’s health?
10 comments