It’s October, and it’s beautiful outside; warm, sunny with a lazy breeze. Colorful. Two hours into my ER shift, I meet Bridgette, a 77 year old who volunteers four days a week. She arrived by ambulance, but walks easily, and feels silly for being here.

She sits comfortably on the exam table and tells me her story: Two hours earlier, she was gardening at the seniors’ center when she had a sudden sharp pain in her abdomen. There was no vomiting and no diarrhea. She makes it clear that this happened minutes after eating a soggy cheese sandwich. She rested, and her friends gave her a glass of water. After half-an-hour, when the pain hadn’t completely resolved, someone called an ambulance.

“I’m sorry to waste your time,” she says, “I can see you’re running off your feet.”

I tell her that it’s not a waste, and ask how she feels now. Her symptoms are gone, she says, and she asks if she can go home. I ask her more questions. She denies any previous medical history, denies cardiac or lung disease, and swears she’s never had any abdominal surgery. She takes no medication, does not smoke, or drink, and has no allergies. This is remarkable, I tell her, for someone her age.

“I’m lucky,” she says, smiling. “I still drive, you know, and I take cancer patients to their appointments on Mondays.”

She is wearing makeup and looks as if she was at a hair salon that morning. Her heart sounds are normal, and her lungs are clear. She reclines onto the table, and I palpate her belly: no tenderness, normal bowel sounds. A nurse has already drawn blood under a directive. I ask whether or not she’s had chest pain or shortness of breath. She points to her lower abdomen. “It was all down here: very crampy, and sharp.” She asks again if she can go home. I tell her that blood has already been drawn and that we should wait for it. I also order an x-ray.

“You may have had a partial blockage,” I say. She dismisses this but agrees to the test.

Minutes after my assessment, her nurse takes her history again. Her note will echo what Brigette has told me: “Sudden onset abdo pain – felt like gas – now relieved. No distress.”

Ninety minutes later, I’m ready to re-assess Bridgette. Her white count is mildly elevated, but other than that, all is normal. She practically jumps from her chair and climbs back onto the exam table. Her abdomen is still soft, and she denies pain when I push, although she does grimace as she sits up.

“Are you sure you feel well enough to go home?”

When I was young, I had a few Choose Your Own Adventure books. A story would begin, and then the protagonist would hit a fork in the road. To go left, you could turn the page. If you wanted to turn right, then you’d have to skip ahead to page ninety-six. Brigette’s case reminds me of one of those books. She could have waved off the paramedics, and I would have never seen her. I could have assessed her before the blood was drawn and agreed to let her go. I stopped reading those books, because the fork in the road was just a roll of the dice; and too many times, I’d lead my protagonist off the edge of a cliff.

I reach out, and take her hand to help her down. And just as she steps, she stops. “I feel dizzy,” she says, “all of a sudden.”

I lead her back to a chair and ask her to relax. She still has an IV line, so I ask the nurse to give her some fluid. She insists that her pain hasn’t returned: “I’m just dizzy.” A bag of saline is connected, and I move on.

Between a laceration and an overdose, I ask if she’s alright. She smiles and nods, although she looks tired. And then, at 7 p.m, Bridgette slumps over in her chair. She’s pale, clammy, and it takes almost a minute to rouse her. She opens her eyes, clutches her abdomen, and moans. A stretcher arrives, and she’s wheeled into the acute zone. Her blood pressure has tanked. Fluids are run wide open. I put a bedside probe onto her abdomen and within seconds, I see it: An aneurysm that’s likely bleeding. Profusely.

Our vascular surgeons are out of the country. She needs to be transferred out as quickly as possible. Drugs are administered through a second IV line to raise her blood pressure. Brigitte is gray now, and she vomits several times. I speak to a specialist downtown while a CT scan confirms the diagnosis. The aneurysm had likely been there for years but had begun leaking while she was gardening. And then, it had stopped, or slowed significantly, for several hours. Her blood work now will show a red-cell drop of thirty points. Just before she passed out, the aneurysm had opened like a floodgate.

Less than two hours after she passed out, she’s under the knife at another hospital.

At our monthly ER meetings, we sit around a table and discuss cases like this. Usually, however, it’s the missed call: the incapacitating stroke in the patient with tingling fingers; the fatal heart attack in the patient with chest discomfort and a normal workup.

Families ask, “How could we?”; how could we send home patients who were on the cusp of death, letting them die after discharge, when they’d come to us for help.

Twenty-four days later, Brigette was transferred back to us for recuperation. She’d just barely made it off the table; she’d run into renal failure, and she’d had a tracheostomy. But she was alive, and she was on the mend.

And the only reason she was alive, was that her aneurysm had chosen to bleed just as I was re-assessing her. I didn’t catch the aneurysm; the aneurysm caught me. It could just as easily have started to bleed again later that evening, as she was sitting at home, watching TV. And if it had, she would have been just another case to discuss at our monthly meeting.

The challenge of translating research to clinical practice 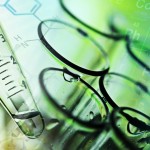 Why the cancer moonshot is already off course 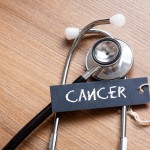 Choose your own ER adventure
2 comments