“‘Normal’ is one of the most powerful words a radiologist can use.”
– Curtis P. Langlotz, professor of radiology, Stanford University

After I used “clinically correlate” thrice in a row in my report, the attending radiologist asked, “How would you feel if the referring clinician said on the requisition for the study ‘correlate with images’? When you ask them to clinically correlate, you’re reminding them to do their job.”

I had been a radiology resident for six months — too soon to master radiology but not too soon to master radiology’s bad habits. I had acquired several habits, tics to be precise. These tics included saying “seminal vesicles are unremarkable,” which I stated remorselessly on the CT of the abdomen in males, even if the clinical question was portal vein thrombosis, sending, I suspect, several young men to existential despair. But the tic that really got under my attending’s skin was “cannot exclude.” The attending was Curtis P. Langlotz, the author of The Radiology Report, a book about writing effective radiology reports.

One radiologist may say “small pancreatic cyst, recommend MRI to exclude neoplasm.” Another, aware that the patient may cross St. Peter’s gate sooner rather than later, may bury the findings in the bowels of the report, hoping the clinician will spot its irrelevancy. Yet another, eager to be non-judgmental, might say “small pancreatic cyst, likely benign, but MRI may be considered if clinically indicated,” which, Langlotz notes, is vacuous because with pancreatic cysts there’s nothing clinically the clinician can anchor that recommendation on.

Radiologists, conscripted to ail uncertainty in diagnostic medicine, have responded by introducing their own uncertainty.We remind physicians that “CT does not exclude ligamentous injury” on CT of the cervical spine which is negative for fracture. The pedagogic value of this disclaimer is lost by the second time it is read.

Why do we mention metaphysical truisms such as “subsegmental pulmonary embolism is not entirely excluded with absolute certainty?” This is part honesty and part disingenuity. Uncertainty is a fact of life. But radiologists know that clinicians know that no pathology can be excluded with absolute certainty. Stating this truism throws the ball back in their court, legally. The radiology report is a legal document.

The Radiology Report has been written in the way Langlotz hopes his colleagues write their reports. The book is short, readable, on point, and, importantly, the author takes a stand. He doesn’t hedge. Langlotz advocates standardized reporting, unapologetically. One may argue with the stand, and he knows that I often do  (I argue with everything). But here is the point. Because Langlotz takes a stand, the conversation moves. The stand anchors the narrative.

Medical decision making is similar — you have to take a stand. While it is important to be right, it is better to be wrong than vague. Because when you’re wrong about a diagnosis, at least the clinicians know which diagnoses are wrong so that they can move to the next. By being vague, no one knows what should not be suspected. As I remind radiology residents before their call, “make a decision.”

Langlotz’s prescription for useless radiology reports is simple. Hedgeless, be consistent and say “normal.” Like a date too polite to decline the second date, radiologists make all sorts of excuses for “normal.” Such as “liver is unremarkable.” Or, “no CT evidence of abscess,” leaving one wondering whether they should wait for the non-CT evidence of abscess. Or, “no definite pulmonary embolism is seen” so that we’re all clear — radiologists don’t hear definite pulmonary emboli, let alone indefinite emboli.

Many radiology reports are baroque, clunky, and literal interpretations of the idiom, “a picture says a thousand words.” This is not just habit, but culture. I’ve seen many equate pith with laziness and verbiage with work ethic. Thus, “the liver demonstrates a normal size and contour, intact vasculature, and is devoid of a focal mass” has replaced “the liver is normal.” Bones are “osseous structures” rather than “bones.” “Osseous structures reveal mild degenerative disease in the lumbar spine” leaving one shellacked — what a revelation. Why was it concealed?

If pith is underused, pith is also under appreciated. I once read a CT in a middle-aged man with abdominal pain. I said “no abnormalities in the solid viscera, hollow organs, bones or vessels.” I thought all bases were covered.Minutes later the referring clinician called. “You said the solid viscera were normal, but you didn’t say anything about the pancreas. We’re suspecting pancreatitis.” I amended the report: “I have looked at the pancreas, and seminal vesicles and they are unremarkable.”

Radiologists see far more on cross-sectional imaging, such as CT, than projectional 2-D imaging, such as chest radiographs. Thus, radiologists have become the chroniclers of age, as well as the finders of pathology. Everyone with a college degree, and nearly everyone without one, has “mild degenerative disease of the lumbar spine.” Show me a nonagenarian who doesn’t have “perivascular hypodensities suggestive of small vessel ischemia” and I’ll show you an incorrectly labelled CT head. And then there is the “somewhat atrophic uterus” — a finding which reassures the reader that the radiologist has a functioning visual cortex.

The greatest source of variability in radiology reports is agreeing about which of the epidemic of clinically insignificant findings should be mentioned in the report. I veer towards relevance. I’m happy to make a judgment call. Some veer towards completeness.

Langlotz doesn’t ask radiologists to rid disclaimers altogether. He identifies many situations where honesty about the imprecision is apt. For example, when a fracture is dubious, not slam dunk, on a radiograph, it is reasonable asking that findings be correlated with tenderness at the site. Context maketh a radiology report.

Langlotz has done an E.B. White for radiology. I advise radiology residents to read The Radiology Report in their first year and after overnight call.  Non-radiologists should read this book, too, and hold reports to the standards he describes.

I credit Langlotz for my visceral dislike of “cannot exclude.” I also no longer say “seminal vesicles are unremarkable.” If you have nothing nice to say about someone’s seminal vesicles, say nothing at all. 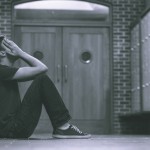 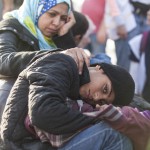