The other day while having my lunch in the doctor’s lounge, I ran into one of the older physicians who works at the hospital. He had a weary look on his face, and so I inquired if he had a tough call night.

“Actually, I haven’t slept well in a few months,” he quietly responded. It turns out he was being sued by a family who had only seen him once several years ago. This is a doctor that I highly respect and seek to emulate. His long and successful career has been exemplary in many ways. Unsurprisingly, both patients and peers love this person. As a result, it was jarring to see him involved in a lawsuit.

It turns out that the case has been going through the legal process for several years. With each year, his worry has grown to the point where he could no longer sleep well. This situation is clearly consuming his personal life.

Including residency, I have been a physician for almost nine years now (the gray hairs are increasing daily). Throughout this time, I have distressingly learned that practicing medicine in such a litigious society is like walking on eggshells. By certain estimates, 75 percent of primary care physicians are likely to be sued at least once by age 65. Regrettably in the health care field, we are all constantly walking on egg shells.

When I walk into a hospital room and see a newborn with a first-time mother, there is no way to properly describe how special it is to be part of that juncture. It is like I am constantly being invited to be part of the writing of the first chapter of a unique and beautiful book. Often during this first checkup, an effervescent mother will ask me, “Doc, is my baby healthy?” I am happy to report that my answer is usually an enthused,“Yes!”

During these splendid moments, there is always apprehension in the pit of my heart. I worry a baby that appears healthy will go home and turn out to be sick. When I give a mother reassurance about her baby’s health, I do it based on the best of my knowledge and experience. My knowledge, however, is human. My emotions are also just as human; if a patient has an unexpected outcome, I become haunted by those circumstances.

I sometimes honestly question whether we live in a society that allows for our doctors to be human. With humanity’s advances in medicine, science, and technology some of us no longer accept that bad things can happen. And if bad things happen we must find someone to blame. This environment is toxic to the health care field. For the most part, the people I meet are wonderful and enrich my life. However, every once in a while I think every physician encounters a patient that is waiting for the doctor to do something wrong.

I am not arguing that we ought to be uncritical of mistakes. We can only become better at what we do by a constant critique of ourselves. However, when the pediatrician is making decisions based on what a lawyer might argue and not what the baby needs, I would certainly not describe that medical culture as flourishing.

Last week, I saw a 6-year-old child on Monday morning (the worst time of the week for all of us). We were having a debate about who was better: Batman or Spider-Man. I tried to convince him of Bruce Wayne’s superiority, after which I proceeded to examine him. As I was leaving the room, a faint whisper said, “I hate Batman.” I laughed as I walked down the hallway, it brightened up my Monday.

The most beautiful aspects of medicine are found in its humanity. Whether those moments come from a new birth or a conversation with a 6 year old, they enhance our days. As a physician I am grounded by my humanity; this means that no matter how hard I try, there will always be imperfections in my quest to be a better pediatrician. I can only hope that our culture moving forward values our qualities over our flaws; this is as important for the physician as it is for the patient.

Making the case for social media to geriatricians and other physicians 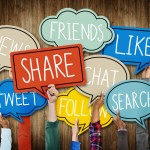 Learn multiple sclerosis with the power of comics 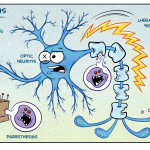