My name is Dr. Neha Sharma, and I have a confession.

Recently, a patient was transferred to me from New Mexico. He was found in his house, unresponsive. By the time I admitted him, he was connected to a breathing machine, and had a serious lung infection. Over a course of a few days, his condition improved. We were able to remove his breathing tube and successfully treat his infection. However, he remained weak and debilitated.

One day, as I was making my rounds, I asked him if he would be willing to go to nursing facility to get stronger. He agreed. I was glad and told him we will start working on it. He interrupted and said, “I do want to tell you something, though. I am a registered sex offender. Is that going to change things?”

I got extremely uncomfortable once he revealed this information to me. All of a sudden, I didn’t care if he experienced nausea while eating that morning or was too weak to walk. I walked out of his room and sat down at the nurses station. I started to re-evaluate the situation. I found myself fighting an internal battle and trying really hard not to judge.

Then I tried to change the perspective of the scenario. I told myself that I should feel honored that he felt comfortable enough to confide in me. I got up and went back to his room, and we talked more about his nausea and discharge plan. I wondered if I had inherent biases towards patients I didn’t even recognize. Since that day, I’ve tried to be more aware.

A recent survey reports that most of the physicians in this country have biases that may interfere with patient care. These biases can be in form of religion, race, ethnicity, personal values and may even stem from language barriers.

I asked other physicians and health care providers if they had ever felt biased towards a patient. One of the first physicians I talked to was my mentor. He said “Of course I have personal biases. It’s human nature to judge and be judged.” I asked him if he would be willing to share specifics and he said “I have had a lot of personal loss, disappointment and emotional abuse due to alcohol and drug addiction in my family. Whenever I have patients who are admitted with drug overdose or alcohol withdrawal, I put up a barrier. I am at times more short with them and sometimes I do not fully listen to their worries or complaints. It’s a constant battle between trying to be a healing doctor while holding back protective human instincts.”

When asked how he copes with it he added, “I take a deep breath and remind myself to not bring my bias into the room, to treat this person as a human being, listen to their complaints, and understand why and how they got to this position in life. After all, one must first be willing to admit and recognize their biases. Only then they can start to overcome them.”

A trauma surgeon revealed to me that he emotionally struggled while operating on a patient that had been shot by police after he had just murdered his own girlfriend. One of the nurses working with the surgeon, personally knew the patient’s deceased girlfriend from high school. In the operating room, however, none of this mattered, and they were given the task of saving a murderer’s life, which they did.

An interesting admission was from a primary care doctor who said, “I actually relish taking care of people who are classically thought of as victims of bias — people who are perceived to be drug-seekers, or those with social circumstances whom others would judge as ‘noncompliant,’ etc.”

He added, “My bias had previously extended to people who I perceived to have everything — access to the health care system, good health insurance coverage, but who were for some reason dissatisfied with their care or unwilling to heed the advice of physicians. I felt that they just came to my office to complain. This particular patient schematic was usually middle to upper class, male or female, with very few health problems. I caught myself thinking, don’t they know how good they have it? But these were people who may have legitimate health concerns, and I realized I had to check this emotion at the door, or I wouldn’t walk in the room with the necessary empathy to care for these patients. It’s an ongoing struggle, and it’s clearly a bias that interferes with care.”

In the end, we must recognize and admit our biases, and realize that we are humans after all. Only then we can make a sincere effort to separate ourselves emotionally and focus on what our job is — to care for all patients equally with compassion. 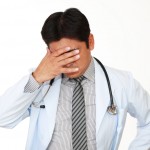 Medical mistakes happen. It's what doesn't follow that is unforgivable. 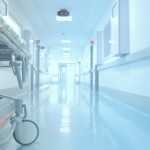