I have a “like-hate” relationship with clinical metrics, performance measurements, and other such things. By now, almost all physicians live with them in the form of insurer “report cards,” PQRS, and “meaningful” use. Some of us have even more exposure to them by participating in patient-centered medical homes and accountable care organizations.

Why “like”? Because I believe they can help you to know how you’re doing. Happy patients, full schedules, phones ringing off the hook with new patient requests, and the belief that you’re doing a good job delivering care aren’t enough. Few things are more sobering than seeing data on the percentage of your diabetes patients who are not at goal, those with hypertension whose pressures are not under control, or those who haven’t undergone colon cancer screening. I know that many question the relevance of some of the clinical measures, which often look at intermediate and perhaps less meaningful outcomes or report on process, but they can be more informative than the gut sense that we have on how we’re doing our jobs.

What I hate about the measures is that they also get in the way of patient care. I’ve written about this in earlier columns — concern about measures distracting us from our primary jobs, the administrative burdens of “capturing” data so that it can be counted, and the effect of all of this on the quality of clinical documentation are some examples. Add to this the open question of whether the current version of performance measures truly improves quality of care.

Others have expressed similar concerns recently. In fact, it’s been a rough few months for performance measurement. In December, Dr. Donald Berwick, who many consider the “father” of the quality movement, outlined nine steps to advance healthcare into what he dubbed “the moral era.” One was to “stop excessive measurement.” Another was “abandon complex incentives.” The following month, Dr. Robert Wachter’s op-ed on measurement of doctors and teachers in the New York Times echoed many of Dr. Berwick’s points.

In addition to “going viral,” Berwick’s and Wachter’s comments were hailed as vindication by many who were warning us of the dangers of the performance measurement movement, including my friend Dr. Robert Centor, who blogged that ten years ago he and others “understood what could go wrong and predicted the current problems.  Of course, we were labeled kooks back then.”

Some of the measures align with what I wanted to know as a physician trying to deliver the best care — the percentage of my diabetic patients who are poorly controlled or my immunization rates, for example. Others seem much less relevant, if not outright silly. As much as I think that obesity is a health risk, I don’t think that the fact that I didn’t counsel my healthy, low-risk, and lean 20 year old with a BMI of 26 to lose weight should count against me. Also, why do I have to track and report that I recorded a family history?

Enter the electronic health record (EHR). At first glance, it should have helped us with measuring quality, since after all, everything that we needed was in electronic form, so finding what we needed should be as easy as counting how many quotation marks I used in this column. We could do what was very difficult, if not impossible, with paper charts or claims data. In some ways, that was true, when the data was in a form that was easily extractable. However, entering in the EHR that I discussed smoking cessation with a patient wasn’t enough — it had to be in a “structured data” field that the reporting software could find.

Instead of cutting steps, the EHR added more than a few. Just last week, I was handed the latest “cheat sheet” of templates that my IT staff created to make it easier to add structured data to facilitate performance measurement. There’s a template for patients who are obese, one for those with diabetes who can’t take aspirin, and another for those with a history of myocardial infarction who can’t tolerate a statin. The list covers an entire page. I won’t have to use these templates often — my medical assistant and others do much of the template entering — but the fact that despite our having these expensive computer programs, we require such workarounds says a lot.

I welcome the calls for a more thoughtful approach to measurement and for EHR products to make more seamless and less intrusive. The American College of Physicians’ (ACP) 2012 paper on performance measurement had many recommendations that, if followed, would prevent much of our current suffering. For example, minimizing burdens in collecting data, using EHRs to facilitate (not complicate) the process, and most importantly, that “performance measures that have not been shown to improve value to include higher quality, better outcomes, and reduced costs (and higher patient and physician satisfaction) should be removed from performance–based payment programs.”

Recently, ACP joined other professional societies, CMS, health plans, and other stakeholders to form the Core Quality Measures Collaborative, which seeks to align measures among payers, reduce the burdens of measurement, and make the whole process more meaningful.

True confessions of a hospitalized hospitalist 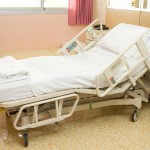