There have been many times when I have struggled to empathize with the patient. There are certain health care issues, and certain patients, that I have found consistently frustrating over the years.

I’ve written about this, and been pretty well chastised by readers. I don’t mind, because I know that 99 percent of physicians have their kryptonite issues, and just don’t talk about it. I’ll take the heat for being honest.

My kryptonite issue has been obesity. I admit, that for many a patient encounter, I’ve sat there and counseled (for the millionth time) on diet, and exercise, and priorities, and wondered to myself: Why can’t you do this? Why can’t you just lose weight?

I know that sounds terrible. Heck, it is terrible. My bias is based on my own experience: I gained sixty pounds in my first pregnancy, and fifty in my second. The weight didn’t come off postpartum, and I found myself obese. BMI 30. I dedicated what precious little time I had as a working mom to eating healthy and exercising, and I lost it all. It took two years. It was hard. There were ups and downs.

Of course, I know that it is totally and utterly unfair to think, “Well, if I could do it, why can’t you?” but truth is, that’s a pretty natural way to think, and many of us think like that.

So I’ve been making a conscientious effort to do better, to let go of the bias, and the frustration, and meet people where they are, no matter what the medical issue is.

But it was only when I was sitting with a lovely young patient of mine who was upset — grieving, actually — that she had been unable to breastfeed her infant, that I had a real breakthrough.

This poor woman had had a complicated pregnancy and delivery. Nothing had gone the way she had planned. But she held on and held it together, because she knew that if her baby survived, she would do everything right. She would take the best care of this baby. She was determined to breastfeed for a full year. It had never occurred to her that that might not happen.

But one day when she had spent an hour and a half with the industrial-grade pump and got only about a teaspoon of breastmilk, with her nipples raw and bleeding, with her infant screaming, starving, with the pediatrician’s concerns about his growth, with her consultants saying, “Just push through! Keep trying!” for the gazillionth time but without any other real suggestions, and without any progress, she broke down.

So the baby got formula. And did fine. And grew. And she thought this burden was lifted from her.

Until the judgments came.

She was part of a social circle that especially valued breastfeeding. Friends and family would comment, “Don’t you know breast milk is best?” or “Well, if you had only tried X, I bet it would have worked,” or “If you had only hung on a little bit longer,” or “Those doctors pushed you towards formula, those doctors always push the formula, you shouldn’t have listened.”

It got to the point that she hid bottles and formula, or avoided socializing altogether. She felt like a freak, a failure. She worried what awful consequences there might be for her baby. She waited for some severe illness to befell her son, and for someone to blame it on her.

Oh, my heart went out to her.

Flashback. I was pregnant with my baby boy (now five and a half years old). I had a three-page birth plan outlining my natural vaginal delivery. I had a doula. I had Ina May’s books on childbirth and Nancy Mohrbacher’s books on breastfeeding. I had secured a highly-rated lactation consultant and booked a consult with her before the baby was born. I bought Medela breastmilk bags and a plastic organizer for the freezer. I arranged a breastfeeding room in my office.

But there were complications. The delivery — that’s a story for another day. Emergency C-section for deep transverse arrest. Bradycardia. Meconium. Mayhem. I was discharged with a hematocrit of 22.

Baby boy was fine, but I grieved the loss of my dream birth. I was determined to get breastfeeding right: I wanted to breastfeed for a full year.

Miraculously, I was able to breastfeed for a full three months.

But I hated every single second of it.

When it got close to feeding time, I would inwardly cringe. With his latch, I would outwardly gasp, and clench my teeth in pain. The doula and the lactation consultants gave up on me. It was a nurse practitioner at baby boy’s pediatrician’s office who suggested APNO (all purpose nipple ointment), and it was an OB/GYN who prescribed it for me. The APNO cream helped a bit, and it got me through the three months, though nothing really helped.

Inevitably, what would come to mind with every feeding were images:

Of glass-shard covered twine being pulled out of my breasts through my nipples.

Of someone pouring acid over my areolae.

Of my baby with little piranha teeth and malevolent intentions.

Oh, I hated it, and I hated myself for hating it. Wasn’t breastfeeding supposed to be this wonderful bonding experience? I would rock and cry, literally cry, while stroking my baby’s forehead and begging forgiveness, because I could not wait for this to be over.

So when it came time to go back to work, I started on a combined oral contraceptive and took Benadryl, and let that milk supply dry right up. Worked like a charm. I was done. It was such a relief.

When I told my colleagues I would not be needing that breastfeeding room, I got some eyebrow raises, but no one questioned. Many of them had made similar decisions for different reasons.

Yes, there were a few “judgy” moments. People I didn’t know well, and luckily didn’t give a rat’s ass about. A lady at book club gathering, a friend of a friend.

But my patient, my poor patient. Her “support network” was annihilating her. I was outraged on her behalf. I wanted to reassure her.

So I shared my own story with her, and we discussed ways to manage the hurtful comments and avoid the negative people.

For doctors, sharing our own stories and feelings about medical issues with patients is a tricky thing. Sometimes it’s appropriate, sometimes it’s not, and sometimes it’s a mixed bag. In this case, the patient expressed relief and gratitude. She had been initially expecting me to judge her, too, she said. She was so glad to have found validation, reassurance, and open discussion instead.

That’s when I had my breakthrough: The patient had been expecting me to judge her, and had instead found validation and reassurance.

Wow. That is what I need to bring to every patient encounter. Validation, reassurance, open discussion. Because that is what I would want for me, as well. It’s what I want to be able to provide for everyone, especially my patients.

Monique Tello is an internal medicine physician who blogs at generallymedicine.  This article originally appeared in Mothers in Medicine. 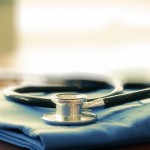 Are essential oils safe for children? 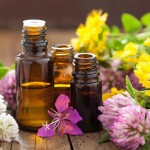 I hated breast-feeding. How that helped my patient.
9 comments