When I was finishing my fifth year of studies as clinical psychology doctoral student, I fell in love with a second-year medical resident; a wanderer at heart with the softest smile and a way of listening that made me feel like the whole world stopped when I spoke. Whenever possible, we found ourselves in the forest exploring the world on foot or, if the weather was bad, on long drives that led to nowhere.

We fell into the most intense connection either of us had ever experienced, and within about a month of meeting, we were both talking about what it meant to fall in love. We had careers, interests, and personalities in common, and even the friends/family we met on each side approved. Shell shocked was the best way to describe how it felt when the relationship only lasted under a year.

What had gone so wrong?

When he wasn’t working, we both often bitterly joked that he was eating or sleeping. If I accompanied him in these activities, we got to spend time together. At times, because my schedule could not always accommodate his changing hours and sparse availability, I wouldn’t see him for a couple of weeks or more. During these times, I would read my past journal entries, searching for the relationship that so often seemed out of reach. Our first date was meeting for brunch on his one day off that month.

I talked too much.

You ate too much.

I was early, but not available.

You were late, but very available.

We discovered quietly our similarities.

We wandered, we burst in front of a colorful garden, we were peaceful together, walking as if there was nothing special about today.

I used strong words, you used “pause” and “maybe.”

You paid, I thanked.

It was as if we have done today in our dreams so many times that very little was surprising or extraordinary.

The quiet bliss of the relationship grew, blossomed, and faded away to the last petal over a one-year adventure. We lived and relationship’ed together mostly in the shadows of the night; in the times between my graduate schedule (full-time school) and his rotations at the clinic and hospital.

I wonder if the way I dismiss my body (e.g., skin cancer risks, breathing, lumps) is mirrored in how you dismiss my compliments. I must own the shadow, and you must own the light. So, if I start wearing sunscreen more often will you feel how amazing you are?

Love is an archetype I have embodied for many years, but now it feels bigger than me, more powerful than my total awareness, and enveloping me like an ocean holds a jellyfish. All I can do is float, drink in the vastness, and wonder where the tide will take us.

As we grew in awareness and caring for each other, his physician schedule and activities pulled on us both like quicksand. A pattern emerged of frequently waiting for him to get off work, never knowing when that would be, cold dinners waiting at home, and communication breakdowns increasing. I found myself frequently journaling in the glow of my laptop as he slumbered next to me in bed.

So, I feel stressed.

Maybe I need to ground, be quieter, be more zen.

If I could wave a magic wand, I would just be about his schedule. I would orbit around it, fitting my work/clients and life in here and there. Is that true? No. But there is a pull to do this. I am trying to conform myself to his needs, his life, and am suffering in the process.

The brutal hours plus the additional presentations, papers, and research requirements constantly sucked away the tiny hours of time we could find to spend together. The more exhausted he became, the more out of balance I felt.

It is so hard to wait for this man. I am so depleted. I just feel like curling up in his arms and crying, but there is nobody there to curl up into. It was studying for boards before; it is the roller coaster of ICU nights now.

He was so behind on sleep on the holidays he had off that instead of going to be with his family or mine, he stayed home and slept. I became increasingly hopeless that our connection could survive long-term.

You haltingly asked for more time last night.  You apologized for not fighting for us.  I again stayed silent but hugged you. I told you that I had gone back and read what I had written over our months together. I could barely choke out the words of my hurt and surprise to find that you had asked me several times to open my heart. Nodding, you thanked me.

Throughout the night, the few hours I slept with you, whenever you stirred or woke, you kissed me, over and over through the night, my hand, my back, my chest.  You woke and kissed and went back to sleep. I was quiet. I was silent; I was watching. Your kisses seemed grateful, loving, with a hint of desperate, with a hint of, “I just woke up again and realized you are next to me in my arms still … and that is a miracle.”

When we discussed the training demands of the medical profession, mostly he expressed utter hopelessness that it would ever change, and would speak of student loans and family relying on him. When we went out of town for the weekend with some of his colleagues, the first conversation as a group was how to change the escalating demands of time, sleep, effort, that they were all suffering.

Four months later, we broke up for good. We decided to cut it off cleanly and grieve our losses. He invited me out to dinner a month later to find some closure. After our meal, which was mostly silent, I proposed we walk around the neighborhood or go sit in a park and just be with each other one more time.

His reply seemed to say it all, “I’m too tired and have to work tonight.” That was the last time we spoke. While I recognize that my ex and I might have eventually ended our relationship anyways, I am haunted by how our relationship might have been different if he had worked more reasonable hours. In sharing my suffering publicly, my hope is that it might somehow bring new awareness and motivation to protect our physicians’ schedules so they might have more chance of work-life balance. 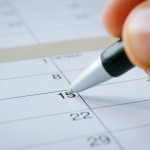 Should doctors marry doctors? Here are the challenges they face. 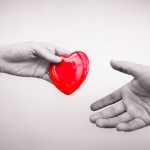 The heartbreak of dating an exhausted medical resident
17 comments