Science, to use the term correctly, isn’t a body of knowledge or a bunch of facts written up on a whiteboard by a crazy-haired professor. It’s a method, or way of figuring out things. Thinking and reading and learning from experts are all important, sure. But real science relies on experimentation.

First, make an educated guess about how something works. Then design an experiment to test your guess. (I’m oversimplifying here. Designing the correct experiment takes genius and inspiration.) Collect your data carefully, and see if you were right. Then do it again, and again.

Ideally, your experiments and conclusions are written up and published in what are called “peer-reviewed journals,” where fair-minded and educated people review your work to make sure it’s up to par. Then it’s published, and other scientists can see what you’ve done. Your experiments can be repeated and tweaked, maybe confirmed or refuted. In time, the body of what’s become known as “accepted scientific knowledge” grows. And voilà, we’ve landed a man on the moon, unlocked the secrets of the atom, or turned HIV into a treatable infection.

Lather, rinse, repeat. Science isn’t fast, and there are a lot of details that have to be done right. Some experiments, just from bad luck, will lead to dead ends or false conclusions. But it’s clear from the pace of modern progress that the scientific method is the best way to figure out how the natural world works.

Still, it’s far from perfect. And a few troubling trends are contributing to a sense that scientists might not always get it right.

These days, anyone can publish anything, either online or in print. I’ve got a few self-published books out there (i.e., I paid to print them), along with books that were professionally edited by a genuine publisher (i.e., they paid me. Suckers!) Most readers would have a hard time telling the difference. Likewise, blogs and websites: Who knows who’s behind most of what’s linked out there? In the past, the quality of scientific publication was guaranteed by a process called “peer-review”, where a new paper was read by several independent experts.

A December 2015 editorial in the New England Journal of Medicine reviews a growing problem with peer-review: hacking. The authors of a new paper often suggest their own peer reviewers, who sometimes turn out to be fake people with fake emails — the “peer review” is actually being done by the authors themselves. Hundreds of articles have been retracted, now that editors know to look for peer review hacking, but it’s likely that thousands more studies already out there are similarly tainted by poor or fraudulent vetting.

But what about the journals themselves? Another huge problem is the proliferation of for-profit, “predatory” journals. They make their money by publishing anything that’s submitted, with zero-to-no editorial review or peer-review. You pay, you play. Some of these are respected journals that have been bought out by shady profiteers. Some are new journals, just made up, that exist only in cyberspace – they have essentially no operating expenses, and publish only online for a fee. Just because you read that something was “published,” doesn’t mean that it’s anything worth reading or paying attention to. Experiments are either entirely faked or done so poorly that they’re worthless — but they’re still published, and unfortunately still reported in the media.

The best defense against the influence of crappy science is for audiences to maintain their skepticism. Something published in a barely-known or predatory journal (yes, there are established lists of these) shouldn’t be turned into headlines or Facebook clickbait. Though everyone is an expert who’s told to “do their own research,” there’s still a place for genuine science journalists and genuine experts to help guide the rest of us through the confusing maze of new information. Don’t believe everything you read, even if it’s couched in sciency-looking terms and looks like it’s been published in a sciency-looking journal.

Science is slow, and far from perfect. But it’s still the best method we’ve got. 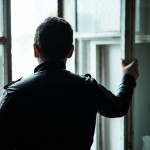 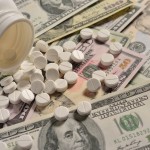 The best defense against the influence of crappy science
1 comments