An excerpt from What It’s Like to Become a Doctor: The Year-by-Year Journey From Medical Student to Practicing Physician, Greenbranch Publishing, 2016.

In July 2010, I began my third and final year of fellowship. This year was focused on honing all the skills we learned during our first two years. It was also time to start looking for my first real job. That sounded amazing. For the first time since I mowed lawns in college, I was free to look for a regular job and to use my medical schooling and training.

This process was daunting and demanded a lot of time. I used several websites and called gastroenterology groups in the area in the hopes of landing a good job. I started in July 2010 by calling several groups in Michigan and other states to get a good idea of the landscape. This was called “cold calling.” I looked up the group online, read the biographies of the partners, and made a decision about calling them. If I called, I typically talked to the gastroenterology group’s practice manager. I then emailed my CV to the group.

A few days later, one of the members of the gastroenterology practice would call me and talk about common goals, interests, talents, etc. They would gauge my personality and decide whether to offer me a formal interview with the group. This phone conversation usually lasted about an hour. If mutually agreed upon, I flew or drove to the respective group for the interview.

On the day of the interview, I met all the partners at breakfast, lunch, or dinner. In between those times, the practice manager took me to the endoscopy center and to the hospital for a tour. In the evening, we had dinner with all the partners and got to know them — their families work-life balance and such.  Sometimes, I went on a second interview if I really enjoyed the place. Eventually, if the group thought I was a great fit, they sent me a contract with the salary and terms of the employment.

During my third year of fellowship, I went on about 12 interviews. I talked to probably 20 groups over the phone and decided they were not a good fit — whether it was based on the location, the group dynamic, their practice patterns, or whether they were ready to take on a new doctor. Just like residency, these interviews were on our own time and dime. At this stage, however, some groups did pay for the flight and hotel, which was a big change from residency and fellowship interviews. I often tried to interview on a Friday or Monday, so I could drive or fly into the interview and have a weekend day as a travel day and not miss work. If that did not work out, I used the few vacation days I had.

During our years of training, we were never taught about the “business” of medicine. We were busy making sure our patients came first; the outside real world was just a fantasy land where people worked 8:00 a.m. to 5:00 p.m. and had weekends off. Medical school was a microcosmic society of living in the library, only to exit into the real world for lunch or dinner.

Aside from a 30-minute lecture about loan consolidation by a financial advisor during our fourth year of medical school, we never had the chance to learn about real world issues such as loan repayment, investments, and mortgages. We would learn all about it on our own someday — and boy did we.

I interviewed at two types of practices: the employed model and the private practice model. In the employed model, the doctors work for a hospital system and, therefore, a large multi-specialty medical group. Internal medicine doctors, pulmonologists, hematologists, and surgeons all work as one big team and all share the costs and the revenue.

In the private practice model or single-specialty group, the doctors work for themselves or for the private group. The type of practice may include anywhere from one (solo practice) to 20 doctors in the group (single-specialty group). The difference is that all of these doctors are gastroenterologists. They do their own billing, own the endoscopy centers where they perform their procedures, and do not rely on other specialties to bring in revenue. They hire their own nurses and staff.

A negative aspect of a private group practice is that doctors typically must take out a large loan in the hundreds of thousands of dollars in order to buy into the group. Also, they must build up a practice and get primary care doctors to refer their patients to the group.

In general, the benefits of an employed model include not having to “buy into” the group, and arriving on day one with a built-in volume of patients and an automatic referral base of patients. This often means a higher salary and a quicker route to higher compensation because of the automatic referral base.  During my private practice interviews, we talked about how compensation structure worked, how medical insurers paid the group, what other investment opportunities the group had, such as buy-ins to the endoscopy center or buildings.

In return, assuming I made it as a partner, I would receive some revenue from that endoscopy center to supplement my salary after my loan paid off the buy-in amount. During the employed model interviews, we talked about how the system was doing financially and how the doctor would fit into the larger system. As you can imagine, I had to do my own research on the “business” of medicine before I started this interview process. After putting the kids to bed at night, I spent countless hours on the Internet learning about buy-in structure, loan types, practice styles, and how insurers actually paid doctors. I found it quite enjoyable because this was my future; this was the culmination of what I had dreamed of as a boy. It was about to become a reality.

Matthew Moeller is a gastroenteroloigst and the author of What It’s Like to Become a Doctor: The Year-by-Year Journey From Medical Student to Practicing Physician. 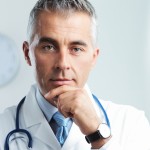 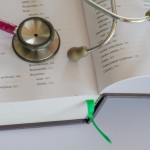 A gastroenterologist looks for his first job. Here’s his story.
1 comments