1. You either over or under-react to everything related to your child’s health. Your kid chokes?  You perform the Heimlich and are back to dinner conversation 2 minutes later.  Your infant spits up a little more than usual after their introduction to rice cereal?  You decide they may have FPIES and stay up all night worried they may require tube feeds.  True story.

2. You can’t go to any of your children’s activities or events without getting curb-sided, usually about somebody’s rash or poop. If you’re not a pediatrician, you will fumble through most of these questions, unless it happens to be your lucky day and the question is actually related to your subspecialty.

3. You book family vacations based on when there’s CME offerings in your destination of choice. Interesting how your children believe that everyone has been to Disney or Atlantis, since they’ve been there five times already.

4. Your child will often be the first kid dropped off at school or the last kid picked up from school — or both. The daycare teachers will drop not-so-subtle hints alluding to this (so they can go home earlier).  Hey, when you signed up for before/after school care, you thought you were supposed to use it.  Every. Single. Second.

5. You will likely be told that you taught your child something age-inappropriate at some point. In second grade, I was assigned a show and tell on MIs since my dad was a cardiologist.  When I started with, “I’m going to talk about myocardial infarctions,” the teacher interrupted to say I was supposed to talk about heart attacks.  I replied, “Oh, that’s the lay people term.”  My dad was called in for a parent-teacher conference a few days later.

6. You adamantly try to prevent childhood obesity by providing your kids with well-balanced, healthy meals. Meanwhile you subsist on granola bars, coffee, and random snacks from the hospital nursing stations and PACU.  Just one of many examples of medical hypocrisy your child will point out as they get older.

7. Your children say no a little too quickly/emphatically when asked the question, “Do you want to be a doctor too?” You just hope it isn’t in front of your chairman. Shocking how the pager going off in the middle of the Super Bowl or always being late for dinner hasn’t attracted them to the field.  Honestly, a part of you is relieved.

8. Your children will be prohibited from doing normal things just because you happen to have seen an unfortunate case. I’m a radiologist, and my husband is a plastic surgeon.  Things our kids can’t do: Jump on a trampoline, put their hands on the escalator rails at the mall, pet an unknown dog … the list goes on.

9. You stock Dermabond in your house like it’s going out of style. If you’ve used it enough, one day you’ll walk into a room and see your older child putting Elmer’s glue onto the younger sibling’s cut.

10. You have no concept of the fact that the above things are not normal.

A resident's guide to being a medical student 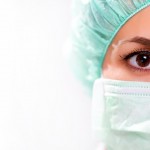