My newly admitted patient was at the end of a very long struggle with a devastating genetic disorder. He had been treated by some of the finest experts in America for his rare disease, and had come to my rehab unit for aggressive physical and occupational therapy. He was exhausted, but mustered the energy to tell me (probably the 100th physician to treat him) his complicated story.

Listening to this man, and examining his frail body, I realized that he had already explored every treatment option and avenue available. He had extensive conversations about his genetic variant, and which drugs could possibly modify his course. He had tried pretty much everything once, with little improvement. He told me that the team of experts at my hospital were rallying to repeat some of the costly treatments that had failed previously, to see if maybe this time they could make a difference.

As our eyes met, I realized that we both knew that these treatments were not worthwhile. I could see that he didn’t want to be “non-compliant” with his physicians’ recommendations, and was reluctantly willing to give their plans a shot. I knew that he needed to hear that it was OK to say “no.”

I took in a deep breath and voiced what we both knew to be true — there was no further need for IV medication. Now was the time to make the most of the function he had, to get him home with family support, and to focus on enjoying life rather than fighting a disease.

The relief brought him to tears. I began to put his socks back on his cold feet. He asked if I could leave them off.

I joked with him softly, “I guess your feet just want to be free.”

He smiled and nodded.

I didn’t order any tests or treatments, I just stood next to him in the moment.

And sometimes, that’s what a doctor is supposed to do. 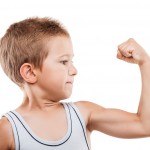 What does it mean when a patient calls a doctor by his first name? 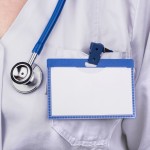 Sometimes, just standing there is what patients really need
3 comments