Imposter syndrome (n.): Term coined in 1970 by psychologists and researchers to informally describe people who are unable to internalize their accomplishments despite external evidence of their competence.

When I was in medical school, I remember walking outside the library and trying not to glance inside to see how many of my classmates appeared to be meticulously studying for final exams. I remember trying to ignore their off-hand, and occasionally self-congratulating, comments about research projects and leadership positions. My own feelings of inadequacy were bad enough without being compounded by gossip.

As I continued on through residency and later during fellowship, I carefully nurtured and protected my slowly growing confidence as a doctor. The objective evidence helped, of course. I matched into emergency medicine, my speciality of choice, and graduated from medical school a few months later. I successfully completed a four-year residency program. I matched into an education fellowship, became board-certified, and accepted an assistant residency program director position straight out of fellowship. Markers of success.

But as my confidence and my accomplishments grew, so did this nagging suspicion at the corners of my mind. In the beginning, I thought it was simple insecurity — after all, I was just an intern, and later, just a new fellow, then just a new attending. My friends and family mostly thought I had a case of excessive humility. It felt like a vague disquiet that I could never quite shake, which actually only continued to become even more unsettling as the lines on my CV multiplied. On the occasions when I would bring it up to those I trusted, most of the time my feelings were dismissed as nonsense or irrational in the face of my achievements.

It wasn’t until very recently that I discovered that I wasn’t the only one who felt this way. In fact, my disquiet even had a name: imposter syndrome. Although clinically described as the “inability to internalize one’s accomplishments,” really, for me, it felt more like I was about to be caught any second, that everyone would suddenly find out that I wasn’t in fact as competent or gifted or talented as I was supposed to be. More than simple humility, it felt shameful, as though I was hiding all these secret inadequacies from the public eye. And isolating too. As if by admitting my feelings I would open myself up to scrutiny and thereby condemn myself to going to wherever it is that failures go.

Feelings aside, I discovered that the big problem with imposter syndrome is that it prevented me from taking pride my work. It preys on that third leg of burnout — a lack of efficacy or a sense that nothing that you do matters. It’s a cousin to perfectionism. The more and the greater the accomplishments, the wider the disconnect between reality and perception, and the worse the feelings of shame, inadequacy, and guilt. When I think about it, really it’s quite depressing, like running on a perpetual hamster wheel or re-enacting Sisyphus pushing the boulder up the mountain — you’re never done.

So I’m a work in progress. Once I discovered that my feelings had a name, I did what anyone else would do: I went on Google. I found a ton of stuff out there, some good and some not so good, most of of it simply a matter of awareness and mental re-conditioning. And perhaps that’s all it really takes. Like many of the dirty little secrets in medicine, we suffer as a group from a lack of awareness and a lack of transparency with issues related to wellness, or rather, an absence of wellness. If we can just talk to each other about our real issues instead of hiding them out of a sense of shame and embarrassment because we don’t match some sort of ideal physician, then maybe as a group we can start taking the steps need to change our unforgiving cultural standard to one that is more open and honest and accepting.

So what have I learned, you ask?

Realize that no one is perfect.

Focus on what you do well.

And remember, what you do matters.

Arlene S. Chung is an emergency physician who blogs at akosmed, where this article originally appeared.  She can be reached on Twitter @ArleneSujin.

You're a doctor and you're sick. Make your health a priority. 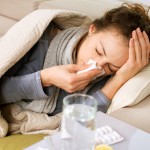 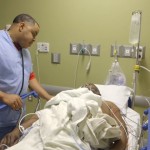 Doctors: Feel like a fraud? You’re not alone.
3 comments