Closing a medical practice to new patients is like cutting off the very top of a tree. It’s the beginning of the end.

The top of the tree, the crown, is where the newest leaves are. It’s also the part that continues growing ever upward, at least until it reaches it’s maximal genetic height, depending on environmental factors like the availability of water and sunlight (both of which also depend on how many other trees are competing for them nearby.)

When you cut the top off a tree, the tree will die. Not right away. Sometimes not for many years. But its death is now inevitable.

I don’t believe in a “closed panel” of patients. (I don’t even really know what that is.) Patient populations ebb and flow. No matter how good I try to be, there are a certain number of patients who, due to circumstances beyond my control (and often beyond theirs) leave the practice. Whether moving away, transferring for work, switching insurance plans, getting pissed at me, or even, yes, dying, there is always going to be attrition. New patients are the lifeblood that keep those numbers up. Active patients generate the office visits, which produce the billings that brings in the money.

I know some people with a subscription-type practice model who have a “full practice” and a “waiting list.” Frankly, managing those kinds of lists feels like so much more trouble than it’s worth. If someone calls for an appointment, I’d rather just give it to them instead of trying to figure out if they’re “on the list.”

Some people think that closing to new patients can be a temporary thing. They’ll just close for a while until the list shrinks a bit, then open up again. Most of them learn the hard way that once word gets out that you’re “closed” it’s not that easy to open the spigot again. Besides, what if you do, and patients come flooding back, and you’re stuck closing again? Most practices have a variety of referral sources, and it can be really hard both to keep up with them all, and for them to keep up with whether you’re open or closed this month.

There’s also the question of how “closed” is closed?

“Doc, my mother-in-law is in town for the week and she forgot her blood pressure pills. I know you’re not supposed to prescribe without seeing her, so can we just bring her in for an appointment? I know you’re ‘closed’ to new patients, but she’s family.”

Hard not to make the exception without seeming like a jerk. But then there’s:

“Doc, my mother-in-law is coming to live with us. I know you’re ‘closed,’ but she’s family, and we’ve been your patients for twenty years. How about it?”

I’ve seen practices describe their status as, “Open to families of existing patients only.” What about dear family friends? Will you make that exception too? Doesn’t that mean you’re basically open to anyone referred by current patients? How are you going to work that? When a new patient calls for an appointment, do they need to give the name of your current patient who referred them? What if it’s someone who’s moved away and isn’t technically a “current patient”? What if it’s someone you may not have seen for a while and the person answering the phone doesn’t recognize the name? Can’t someone who really wants to become your patient lie about being referred? How are you going to police that? Like the waiting lists, it all seems so much more trouble than it’s worth.

Another solo physician in my town recently retired, and I’m enjoying a nice little uptick in new patient calls as her former patients try to find a new doctor. Obamacare has also produced a nice little pool of the newly insured who are lighting up my appointment book.

I have no problem “closing” to certain insurances. Been there; done that; may do it again. In fact, if your hidden agenda is to prune your populations, that may be a pretty good way to go. Just don’t say you’re “closed to new patients.” Unless you’re looking to retire. Because closing to new patients is the best way to slowly kill a practice. Which is why I have no intention of doing it.

Anything but dignified: The problem with forced fetal remains arrangements 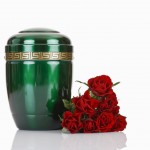 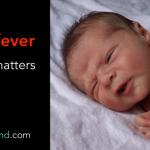