“Fifty-three-year-old homeless woman with diabetic ketoacidosis and severe emphysema exacerbation.” And suffering from adomicilia, too, I added in my head.

Much like apraxia­ means the inability to perform purposeful movements (praxis), adomicilia jokingly means those who are not domiciled, a pretentious attempt at gallows humor in the medical profession.

I read through the patient’s electronic record imagining a withered woman, wrinkled from years of drinking and smoking, perhaps with signs of schizophrenia. Most of the long-term homeless I encounter are men. Approximately 25 percent of the homeless are estimated to have mental health problems and nearly 40 percent have substance abuse issues. I categorized Helen immediately.

She defied my expectations. When I met her, Helen was sitting on the edge of a bed trying to catch her breath, the oxygen piped into her nose. She was pleasant with excellent hygiene and was well spoken with no signs of either mental illness or substance abuse. After a decade of working with people in poverty outside the United States, I realized that I still retain a judgmental streak toward those in poverty in my own country.

Yet Helen’s story is similar to many of the homeless in America today. She lost her house in Kentucky during the market crash. Some bad luck and certainly some poor decisions had led her to life on the street a few years later. She was not a long-term homeless woman, but merely transient for a few months until she could find an alternative. In fact, according to the National Coalition for the Homeless, while there are 630,000 people homeless in America at any one time, nearly 2.5 million are homeless at some point over the course of a year.

In downtown Gainesville, Florida, my home base when I’m not in Haiti, dozens of homeless people sleep in the main square every night. The powers that be deem them a nuisance. In 2010, the city enacted an ordinance limiting the number of meals the downtown shelter could serve to 130 per day. The goal was to stop attracting homeless people with the promise of free food since the city couldn’t actually ban them from the public space of the central park. After a year of pressure from citizen activists, the government rescinded the ordinance, but still sought ways to resolve the problem.

Grace Marketplace is a relatively new homeless shelter on the grounds of the former county prison. It has only a few dozen beds, two orders of magnitude short of addressing demand.  The Gainesville Sun reports over 2,000 homeless in a city of only 125,000, meaning that the per capita rate is nearly double that of New York City. To make matters worse, the mentally ill at the shelter are generally not eligible for substance abuse treatment. While Obamacare mandated that treatment for substance abuse be available to all Medicaid recipients, it does not include those states that refused the expansion as Florida did.

To assist Helen, we’d need to do more than just treat her medical conditions. She needs health insurance, oxygen for her emphysema, insulin for her diabetes, and nicotine patches to help her quit smoking. She had moved to Florida nine months earlier and was trying to fill out the paperwork through Grace Marketplace to get Florida Medicaid. However, one cannot receive Medicaid without a permanent address, further complicating matters for the homeless. It’s an all-too-common story, especially pre-Obamacare, in which time period half the country remains mired.

Helen hadn’t taken any diabetes medications since her move. Her blood tests showed sugar levels averaging over two times normal, enough to cause a heart attack, a stroke or shut down her kidneys. Luckily, a program exists in Florida to distribute free nicotine patches in an effort to reduce the costs of care.

That Sunday, Helen’s son walked into the room, well dressed and well mannered. I often think of the homeless as people who have lost contact with their families, having nobody to lean on when things got tough. I explained the situation to her son, and he agreed that she should stay in the hospital until we could coordinate everything. He said he was looking for solutions to her adomicilia and should have something for her soon.

Hospitals typically buy poor patients a month’s supply of medications in order to make it easier to discharge patients. While it may seem charitable — many hospitals refer to this as their “charity care” program — a cynic might say such programs have quite the opposite impetus: To discharge non-paying patients as soon as possible. By giving patients $200 worth of medication, the hospital saves $1,000 each night they’re not in the hospital and may fill the bed with a paying customer. Monday morning, we enrolled Helen in the program.

Helen lives in a small tent city around Grace Marketplace dubbed Dignity Village. There is certainly dignity in not having to be chased out by police or threatened with robbery as one might in another public space, but I doubt any of the residents would choose to live there if they had a more dignified option.

“Do you have a refrigerator to put the insulin in?” I asked Helen. In developing countries we advise patients to place their insulin in a clay pot filled with sand and water and set it in a corner. This prevents the insulin from spoiling before it is consumed.

“I have a cooler, and I can walk to the ice machine at the community center every day,” she replied. Inside a tent in the Florida heat, insulin wouldn’t last three days. Tents and coolers full of ice sounded eerily similar to post-earthquake Haiti. An absurd smile crossed my face as I pondered how those who reside on the lower end of the scale in one location resemble those on the lower end of the other.

Medically, Helen requires oxygen at baseline since her blood levels of oxygen are so low. Quitting smoking would certainly be the first step. Millions of insured people smoke, and most have access to oxygen when their tired lungs start to give out. Helen would have to pay cash for her oxygen, which no one can afford. In the richest country in the history of the world, people who require it are routinely denied access to oxygen, the most fundamental element for life.

I changed her insulin to a twice-a-day regimen that would be much cheaper and easier to use than other options. While not perfect, the fact that she might actually be able to afford and use the insulin meant she could have some coverage beyond the month of free medications. We gave Helen a follow-up appointment at the hospital clinic and sent her home without oxygen, a home that is a tent on the old prison grounds with a cooler full of ice.

Vincent DeGennaro, Jr. is an internal medicine physician and president, Equal Health International. He blogs at An American Doctor in Haiti and can be reached on Twitter @DoctorGlobal.

Tips to rank your match list. Here's how this medical student did it. 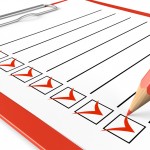 Why daughters need their fathers 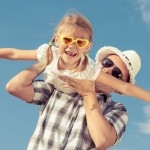