It’s amazing what you can learn from the stranger sitting next to you on a flight.

As I wait for my neighbor to grab her seat next to me, I secretly hope she embodies the qualities I hope for in a fellow passenger — keeping to herself and not requiring in-flight medical assistance. I make eye contact with a young woman who gives me the nod that she has the middle seat, and as I let her in, she unloads an anatomy book. With my interest piqued, I break one of my fundamental rules and ask her, “Are you in medical school?” My flight neighbor chuckles a bit and replies, “No, I am in school to be a physical therapist. I wanted to be a doctor, but I want a family, and I know I can’t have both.  My aunt is a doctor, but she told me that to succeed in a man’s world you have to sacrifice all that you want as a woman.”

That was the end of our conversation. My mind was racing: I was so proud of myself for assuming that she had been studying to be a physician since I myself had never been asked this. Countless memories replayed in my mind of being interrupted by strangers while studying at coffee shops. I never was able to hide my annoyance when they automatically assumed I was studying for nursing school because of my gender. Admittedly, the road to my current role as emergency physician was not easy. While applying for residency, I was often aware of being scrutinized for my gender. Surprisingly, it wasn’t male physicians, but my female peers who seemed to challenge one another the most – as though we were all competing to be the “token female” accepted in a residency class.

Throughout my life, I have always had lots of girlfriends. I attended an all-girls high school, and my college years were filled with healthy friendships with both women and men. It was not until I entered the world of medicine that I felt so distant from other women, and it was highly unsettling.

And then I became a mother. Like many new moms in the age of Facebook, I joined a (non-medical) “mommy” group for moms to come together and discuss the typical parenting struggles that many first-time mothers have. These social media support groups are extremely popular and so valuable to many mothers, but I quickly realized that most of the members couldn’t relate to my unusual situation. So many of my questions simply would not resonate — I needed advice on finding childcare that was flexible with my unpredictable hours, but most of these mothers wouldn’t be able to identify with the unique lifestyle that my career requires.

A few months after that flight, I found myself feeling overwhelmed about my future. I was 31-weeks pregnant with twins, working a full shift load, and still had no plan for how I would care for these babies and my 16-month-old daughter when I went back to work. As an emergency medicine physician, I thrive in high-pressure situations and perform well under stress, yet here I was struggling to figure out the logistics of childcare for my children. How did other female physicians do it? Was my flight neighbor right? Was I wrong to think I could have it all as a woman physician?

I knew I couldn’t be the only one feeling this pressure, but I had been taught to never show weakness, especially in medicine. I nervously invited 20 friends who were also physician mothers to join a Facebook group I had created for physician-mothers, hoping I wouldn’t be viewed negatively for seeking support. A week later, the Physician Moms Group (PMG) had grown to 1,000 members, and all my fears were dispelled. These women needed exactly this kind of network, but like me, had been too afraid to ask for it. We needed a safe space to discuss the challenges and rewards of being a physician and mother, seek advice on family and work matters, and celebrate the sacrifices we made for motherhood and medicine.

It is apparent that female physicians have unique challenges, but we also share many of the frustrations of our male colleagues. The days of leaving the hospital or clinic feeling satisfied due to patient gratitude are becoming less common. A frequent theme in our group is the frustration that many patients do not even recognize that we are the doctors!  Despite wearing a long white coat, introducing myself as “doctor” multiple times and the large D.O. (doctor of osteopathy) label on my badge, I often hear the patients ask the nurse as I walk away, “When will the doctor be here?”  How many times have I been overlooked while a patient directs all their attention to a male nurse or medical student although I am the one asking the questions?  In a world of Press Gainey scores and customer-based medicine, this lack of recognition in the face of tremendous responsibilities contributes to female physician burnout.

In an effort to raise awareness of the importance of female physicians’ roles in medicine, PMG has declared February 3rd as National Women Physicians Day in partnership with Physicians Working Together (PWT) and Medelita. This day marks the birthday of Dr. Elizabeth Blackwell, the first woman to receive a medical degree in the United States in 1849.  Dr. Blackwell initiated the movement that helped women gain entry and equality in the field of medicine.  As part of her ongoing activism, Dr. Blackwell is quoted saying, “If society will not admit of a woman’s free development, then society must be remodeled.”  A lot has changed since Dr. Blackwell’s entry into medicine, and yet there are still challenges achieving the same respect and opportunities as our male colleagues.  According to the 2014 Census of Actively Licensed Physicians in the United States, only 32 percent of all physicians are female. While it is unclear whether this is due to barriers women face in the male-dominated workplace or the perceived inability to achieve work-life balance, this imbalance must be addressed so that women are encouraged to pursue careers as physicians and not fear answering their call to medicine.

My hope is that we can show unity celebrating this special day and honor the many accomplishments women have made in the name of medicine. I am optimistic that the sacrifices we make in our own lives to care for others will come to be recognized and appreciated. We must remodel the structure of medicine to make it possible for women to excel professionally while balancing a family. We have a responsibility to protect and nurture the practice of medicine, and I believe this starts by reshaping the way society treats the woman physician.

On February 3rd we are asking the medical community to observe National Women Physicians Day in hospitals and clinics and for the public to do the same on social media by using hashtags #Iamblackwell and #NWPD. Together we are creating a collective voice that has the power to bring about positive changes for physicians and patients alike.

Special thanks to the strong women in PMG who helped make this monumental day happen!  Especially to Drs. Dina Seif, Joyce Guirand and Lourdes Bahmonde for their support and guidance not only in motherhood and medicine but also for their sacrifices to expand the organization of PMG.

Hala Sabry is an emergency physician.

The interview before transferring to a new doctor 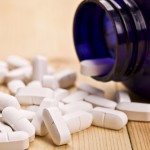 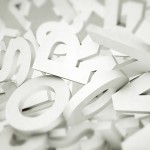 More by Hala Sabry, DO