There are few aphorisms in medicine that stand up to reality. Here are two: Physicians get the patients they deserve, and we tend to die like we live.

Paul Kalanithi’s posthumous memoir proves both: As a neurosurgery resident at Stanford, he took on the most challenging cases, and when diagnosed with terminal lung cancer, he lived and died pursuing excellence and truth. I read When Breath Becomes Air on a blistering cold day in Boston, flanked by two homeless men taking respite in Barnes & Noble.

I imagined myself a less driven and humble version of Paul, acutely aware of the tension of reading a book of medicine, while a man slowly detoxed a few feet from me. My connection to Paul felt more than ethereal; a colleague from medical school went into neurosurgery and posted in May of 2015 of his death, reaffirming that he, indeed, was an amazing person.

Like Paul before his death, I too am in my mid-thirties, finishing residency, with the whole world ahead of me. What struck me the most was not the prose (yes, stunning, especially given the labors of neurosurgical training), but Paul’s constant pursuit of an inner life within the immanent frame of medicine. He dissected stanzas as he did flesh: calmly and meticulously. But there are so many hours in a day, and Paul could not choose both. As he contemplated what to do with his remaining time on earth, he reflected that if he had ten years, he would operate, but if he had two, he would write. How does a mind hungry for literature and poetry make meaning in a medical world of algorithms, technology, and efficiency?

The role of medical humanities in training is a perennial debate; whether to include reflexive writing as part of evaluations, or to teach seminars on writing. Paul would not care for such debates: Literature lived within him. He may respond that there is both technical and philosophical excellence. On technical excellence, “good intentions were not enough, not when so much depended on my skills, when the difference between tragedy and triumph was defined by one or two millimeters.”

And of the philosophical, “in our rare reflective moments, we were all silently apologizing to our cadavers, not because we sensed the transgression but because did not.” What are the stakes of physicians’ not reflecting on their practice? He does cite one example, a surgeon who refused to take responsibility for mistakes. After an hour of coaching, Paul remarked, “he was doomed.”

Paul shows fortitude in the face of death that feels different from the trope of battle: I will go back to work, and write, and start a family. He’s not fighting to win, but to live out what’s important. Walking across the snowy sidewalks of Boston, I grieved for his wife, daughter, and the world he left behind. In a year, I will be walking in the same snow, and may seize upon a line or quote that renews my work in medicine. For today, it’s his quote of Montaigne:

If I were a writer of books, I would compile a register, with a comment, of the various deaths of men: He who should teach men to die would at the same time teach them to live.

I was unprepared to deal with a homeless patient today. I won’t be tomorrow. 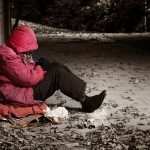 Patients and physicians must advocate for a transformed primary care system

A tribute to Paul Kalanithi
2 comments