Most physicians are smart and very talented. They’re skilled clinicians and technically superb. But despite such abilities, they fail to get others to follow them, once they take on the role of leader. As a consequence, they’re unable to get physicians to change or improve performance.

Jay Conger, a professor of business at Claremont McKenna College who has devoted his career to the study of leadership, has helped me understand why — why even individuals otherwise blessed with outstanding ability fall short as leaders.

Conger has defined two categories of traits that exert a major influence on leadership success. He calls the positive traits, valued in leaders and associated with success, the “enablers,” and includes such things as intelligence, communication skills, and charisma.

He terms the negative traits — the characteristics that most often override and undermine the positive skills — the “derailers.” In most cases, individuals handicapped with these derailers are unaware of them, much less how their behavior “derails” their ability to lead.

In my role as CEO of the largest medical group in the nation, I’ve had the opportunity to observe hundreds of physician leaders and their impact on nearly ten thousand doctors. Following are five common derailers that I’ve observed in many of the failed leaders.

1. It’s all about me. Leaders who put themselves above those they lead are doomed to fail. Few physicians will follow leaders whose actions don’t match their words. When a leader avoids hard work or takes advantage of his position for personal gain, no one will be willing to tackle the difficult tasks and make the personal sacrifices required.

Examples of this me-first attitude include physician leaders who take themselves off of the call schedule on weekends and others who refuse to get out of bed and come into the emergency department in the middle of the night when requested by a colleague. Such individuals seek a leadership position as a perk, and as a way to avoid the challenging aspects of clinical practice. No matter how brilliant these leaders, no one will follow them.

Colleagues understand that physician leaders have multiple new responsibilities and can no longer take on as much clinical work or be on call for as many days as before. But when a crisis develops, or help is requested, the only answer that preserves the credibility of the leader is “yes.”

Being a leader is not only a responsibility but also a privilege. No one will care more about the success of an organization or work harder than its leader. If he or she is unwilling to make the commitment required, success is unlikely.

2. Only my boss counts. Some individuals consistently “manage up,” but in the process discount the people they perceive to be of lower status.

Example: Volunteering to participate in meetings with senior leadership, but declining invitations to support the efforts of junior colleagues. Example: Graciously acknowledging those who are senior, but walking right past the housekeeper and receptionist without even saying hello. These behaviors are visible to all, and wind up, deservedly so, harshly judged.

Hierarchy is a reality during a physician’s training. A pecking order is traditional and assumed: the medical student reports to the intern, the intern to the resident and the resident to the attending faculty physician. But in leading a multi-disciplinary group of peers, influence, and respect — not authority by title or position–determine success.

The physician leader who cares enough to take the time to learn the name of the receptionist’s daughter is more likely to be more successful than the one who sees no value in getting to know, and show appreciation for, staff with “lower status.” I’ve learned that when I am about to select a leader, a great place to start is to ask a nursing assistant or departmental secretary about them. These staff members are usually right.

3. I’m unable to recognize, or understand, what’s important. The reality of taking on leadership roles with progressively more responsibility is that there will be much more to accompluish than the hours in the day permit. Those unable to set priorities — to separate the critical few chores from the trivial many — are unlikely to succeed, and likely to feel continually overwhelmed.

Physicians are trained never to overlook or dismiss even the smallest, seemingly most minor clinical details. But this meticulous attention is impossible for the physician leader. Success depends on judging which problems are important enough to address, and calculating the potential risks involved. Leaders need to decide not only what opportunities to pursue, but which ones they won’t go after, not because they are not good ideas, but because an organization only has so much bandwidth.

Physician leaders who have trouble prioritizing what is most important will find they work very hard, but without accomplishing much, often frustrating their staff in the process.

The job of leading health care professionals is similar to being a hockey goalie, except with dozens of pucks simultaneously in play. In this metaphorical game, no goalie would be able to stop every shot, but the best goalies can prevent a higher percentage of shots from getting into the net.

They would be endowed with intrinsic eye-hand coordination, but so would many of their compatriots. What would differentiate the best from the rest would most likely be the ability to prioritize. Their focus would be on the shots they can impact, not the ones that will be wide, or even those that will end up in the net, no matter what they do.

By the same token, physician leaders need to be adept at calculating the odds of success, and at focusing on matters where they can make the biggest difference. Individuals may succeed early in their careers, when others can help set their priorities. But until they can figure out on their own what matters, they will struggle.

Indeed, over time, successful leaders develop a sixth sense of sorts. They anticipate problems coming around the corner, just like the goalie aware of an opponent taking the puck behind the net, and know which problems they can pass to their teammates versus having to pounce on themselves.

4. I’m overwhelmed by new responsibilities. Often physicians are promoted to administrative roles based on their clinical acumen. They spent their entire careers becoming knowledgeable experts and specialists — the best heart surgeon or medical diagnostician. But suddenly, they need to lead projects in areas for which they have limited experience or expertise. Confronting the complexities of new and unfamiliar tasks can be disconcerting, if not daunting.

In response, some leaders feeling the burden of these pressures become paralyzed, incapable of making informed decisions and moving forward. The result is that they take too long to act on the challenges their organizations face and squander opportunities to find solutions.

The adult human brain retains the ability to learn, thanks to the newly recognized phenomenon called neuroplasticity, and leaders need to continually expand their skills. When we’re meeting a new challenge, whether mastering a golf swing or designing a new supply chain system, we begin by using the more conscious parts of our brain. We remind ourselves how to position our hands, pull back the club and turn our hips. Over time, though, new neuronal connections are made, and what seemed so hard becomes comfortable. We develop muscle memory, and the swing becomes natural and fluid, second nature.

So goes the sequence that occurs in business, particularly in matters of leadership. We attend seminars and read books and listen to instructional podcasts and try to remember to follow every step, until, over time, the process becomes automatic, our expertise submerged in our subconscious.

Learning new skills and mastering new areas of accountability can be frustrating. Malcolm Gladwell talks about the 10,000 hours of performance regarded as essential to gaining expertise. Unless physician leaders are willing to be patient enough to invest the effort needed to complete this rigorous learning process, they and their organizations will fail.

5. I lack courage. Those who are afraid to make difficult decisions and take risks won’t succeed.

Leaders are often required to do difficult things and make unpopular decisions. Personnel may need to be shifted around or departments reorganized or budgets cut. It’s impossible to be liked all of the time, particularly when the role requires addressing subpar performance.

Leaders must make decisions based on incomplete information and probabilities, and can’t be certain of what will happen next. Every decision involves a level of risk to themselves and to the organization. But taking risks is essential to keeping an organization at the cutting edge.

Making difficult decisions and taking risks require courage. Leaders can’t be foolhardy. But those without the courage needed to address performance issues, or make a clear decision despite uncertainty, will underperform. Once again, they can do well early in their leadership career, but will fall short as they take on increasingly senior positions, particularly when their organization faces difficult times.

Can leadership be taught?

Make no mistake: physicians can learn leadership skills just as they mastered biochemistry and human physiology. Through classes and coaching, individuals can develop the insights needed. They can increase their strengths, “the enablers,” and both recognize and overcome — the derailers. Rarely does either happen by chance.

What health care leaders can learn from Yahoo's failure 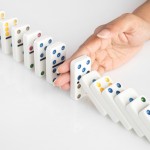 How filmmaking made me a better science communicator 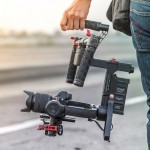