Within the last several weeks, I’ve had two plumbing issues that have caused me to reflect on the honorability of various professions and the way in which people go about earning an honest day’s crust.

Let me take you back to the beginning of the story. I was actually working nights a couple of months ago when I noticed, just before I was about to leave for the hospital, that my downstairs bathroom ceiling had partially collapsed, and water had flooded the floor. Over the next few days, I made a number of telephone calls attempting to find a good local plumber.

Eventually, I found one who agreed to come over at short notice. He seemed pleasant enough, inspected my upstairs and downstairs bathrooms, and tested the water faucets. He then told me that the problem was located in the upstairs shower, and that work would be needed to drill into the wall and replace some of the pipes. The cost: $1,500.

I was in a hurry, wanted the problem fixed ASAP, and didn’t have time to negotiate. I tentatively agreed on the price, and the work would be done by the end of the week. The following morning I thought to myself that I would just look more carefully at the upstairs shower. I inspected the shower head and noticed that a little water appeared to be leaking back into the wall whenever it was turned on. I got out my toolbox and used pliers to tighten the head. I checked downstairs with the shower on — and there appeared to be no leak coming through the ceiling. I then loosened the head again and rechecked downstairs. The leak started again. Voila! I found the source of the problem. I called the plumber and told him what had happened, and he didn’t seem all that embarrassed that the problem was so simple. Phew, $1,500 saved.

A couple of weeks later, my kitchen sink was not draining adequately. I’ve had this problem before and had previously called my handyman to unblock the sink. Unfortunately, he wasn’t available, so I enlisted another local plumber who had been recommended to me by a friend. He came over, and even when I told him that the problem had been solved by unclogging the sink previously, he went into my basement and insisted there was a major problem with my pipes that would require work totaling several thousand dollars. He was adamant on this being the case. I half jokingly took his information and said I would get back to him. A few days later, my handyman was available again. He came over, unblocked my sink, and voila again! Problem solved and sink draining just fine. The cost: $20.

The next day I contacted that same plumber telling him that the problem was not as extensive as he thought. He became very defensive, insisted that he went to plumbing school for six years (which by the way is longer than medical school!) and knew that the problem was much more extensive. I asked him how it could have been fixed so easily if there was a deeper problem, and he had no answer.

These two separate experiences got me thinking about the importance of honesty and competence in any profession. I’m proud to belong to a profession that I believe has these in abundance. Although there will always be a few black sheep, most physicians do value honesty and don’t believe in unnecessary investigations or procedures (and to be frank, there’s a lot of people watching over us to make sure we don’t). If anyone ever believed their physician to be dishonest, I hope that this would be investigated thoroughly.

I’m a big fan of the television show the Apprentice (mainly the BBC United Kingdom version), and interestingly the winner of the latest series was Joseph Valente, a plumber who wanted to set up a more honest and reputable nationwide plumbing firm. Hopefully he succeeds, and we can get a similar brand going here in America too.

With regards to my own plumbing experience, scoundrels may be too strong a term to use — but then again maybe it’s not. Although I’m not the most DIY-oriented person, my medical background means that I have some education and always want to double check everything is right. I personally wouldn’t be able to sleep if I knew I had dishonestly represented something to a trusting patient, and I hope that every other physician (and nurse) is the same.

I can’t help think of all the more vulnerable people in society, including the elderly and less well educated, who are routinely taken for a ride by unscrupulous people. It makes me quite angry. At least, in the United States, we do have some laws and protections for consumers who are blatantly given false information or ripped off. My advice however to everyone including my future children (one day) would be to always be ultra-savvy, informed, and get as many second opinions as possible in any situation where you are getting a diagnosis. Largely true for patients in health care too — albeit hopefully never because the physician is incompetent or untrustworthy.

The evolution of the medical second opinion 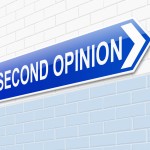 Stop MOC: An open letter to the American Board of Pediatrics 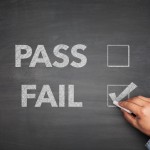 Watch out and be informed: There is dishonesty in every profession
6 comments