I was a licensed naturopathic doctor in two states. I quit practicing naturopathic medicine after discovering my former boss, also a licensed ND, had been importing and administering an illegal cancer drug. I trusted my boss, as did his patients, because he was well respected in the naturopathic community and his credentials included “FABNO” (Fellow of the American Board of Naturopathic Oncology). This FABNO treated any kind of cancer, even in patients who had been discharged by their medical oncologists. I regret not being concerned that the drug would arrive at the clinic in packages with foreign postage. My alarm bells didn’t go off until one day the packages stopped arriving, and my FABNO boss said, “They were probably confiscated.”

Promptly, I looked up the substance. It is called Ukrain and is not approved or under review by the FDA, which makes it a federal crime to import into the U.S. I confronted my boss, to which he acknowledged his actions were “legally questionable.” I hired a lawyer, resigned, and filed a complaint to the state’s naturopathic board.

That evening, a former president of the American Association of Naturopathic Physicians called and urged me not to go to the authorities because, in his words, “You are a naturopath after all.”

I felt personally insulted. Were my boss’s actions meant to go unreported because of a professional philosophy packaged as an appeal to nature? My interest in being a naturopath evaporated. I had spent almost 8 years in the naturopathic community. I went to one of the “best” naturopathic programs and believed that NDs were primary care physicians. In anguish, I began scrutinizing my education and training at Bastyr University. What I learned is frightening.

Naturopaths are licensed or registered in 17 states, two U.S. territories and D.C., as well as five Canadian provinces. Their goal is full licensure with a scope of practice equal to primary care physicians. Current scopes vary wildly. In Arizona, an ND is considered a “physician” and can prescribe controlled substances and perform minor surgeries. In Alaska, an ND is restricted to providing nutritional advice, counseling, herbs, homeopathy, and physical therapies.

A licensed ND needs to have graduated from a program accredited by the Council on Naturopathic Medical Education (CNME), which is granted programmatic accrediting status by the U.S. Department of Education. Many, especially NDs, often confuse CNME accreditation with government endorsement. In fact, CNME has accrediting power because it meets administrative criteria, not because the naturopathic curriculum is medically sound. Tellingly, naturopaths accredit their own programs.

Accredited naturopathic programs play fast and loose with biomedical science. Much of the curriculum is homeopathy, herbalism, hydrotherapy, craniosacral therapy, chiropractic manipulation, and naturopathic philosophy. Some classes are taught with the same titles as courses in medical programs, but the content is indeed inferior. NDs take gross anatomy, histology, pharmacology, and other basics, but they are not all taught by faculty members with academic expertise. For example, a person who is a “doctor of naprapathy” taught me embryology, and other courses were taught by NDs, often using naturopathic textbooks.

Naturopathic clinical sciences, like pediatrics, contained material that would never be taught in medical school. We read Dr. Bob Sears’s Vaccine Book and were lectured on flawed reasons why vaccines should be avoided or delayed. We learned to put sliced onions over a child’s ear for an infection and other folk remedies, like wearing wet socks at night to “boost the immune system.”

Clinical training is mandated by the CNME to be no less than 850 hours of direct patient care. From my clinical training handbook at Bastyr, I discovered this benchmark is attainable only through accounting tricks. For example, time counted when students reviewed a case with peers or when we observed advanced students perform physical exams. We were required to have contact with a minimum of 350 patients (now 450), with some having certain diseases. Yet, because Bastyr’s clinic generally gets patients with a limited range of minor problems, we could gain competency by giving oral presentations to other students on diseases we had not seen. All of this happens under the supervision of instructors, who were educated and trained under this system or one with weaker requirements before the 1990s.

Naturopathic students are not trained in medical standards of care, let alone reality. Instructors would commonly discuss a patient’s “vital force” as if this could magically be detected. Frequently, patients presenting with nonspecific symptoms were diagnosed with dubious food allergies, chronic Lyme disease, adrenal fatigue, or yeast overgrowth. Patients would be prescribed an assortment of herbs and supplements, conveniently sold at the clinic’s dispensary, and handed a superbill for insurance reimbursement. Naturopathic residencies are rare and function as an encore to clinical training with more “real world” experience in naturopathic private practices or at the notorious Cancer Treatment Centers of America, for example, if one wanted to become a FABNO.

Alternative for a reason

Compared to a physician (MD or DO), nurse practitioner, or physician assistant, naturopaths are not prepared to manage patients’ health care. Yet, NDs argue they are the solution to the great primary care shortage. This real health care problem cannot be fixed with blatant quackery, such as homeopathy, anti-vaccine propaganda, and paltry clinical training based on pseudoscience.

Naturopathic “medicine” appears to have an ethical framework unlike anything in the medical community. I could not have learned this more abruptly than having that naturopathic “elder” discourage me from reporting a federal crime. Months later, I fully realized the danger of naturopathic self-regulation when the state’s naturopathic board disciplined my former boss with a mere slap on the wrist.

Naturopaths seem so embroiled in alternative and old-timey practices that they tragically disregard standards and patient safety. Given their poor medical education and commitment to fanciful principles, NDs are bound to do more harm than good.

For this reason, I cannot recommend any naturopath. 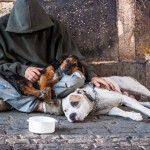 The shocking confessions of a naturopathic doctor
79 comments