While lying on a hard metal table with my legs spread open and a clamp on my cervix, I was instructed to “relax.” My audience included a nurse, two radiologists, and my OB/GYN’s partner, who I met minutes earlier when she rushed in apologizing that my OB/GYN was called away to a delivery.

A delivery: the culmination of those nine months of a pregnancy that I so eagerly desired. I got myself onto this metal radiology table after months of unsuccessful attempts to get pregnant and my OB/GYN, who suddenly became unavailable for the procedure she requested, suggested a hysterosalpingogram, or HSG, to make sure there was not a structural issue with my reproductive organs. So when the radiology nurse commanded me to relax as I found myself lying in the most sterile bed imaginable, it was not only hard to permit my muscles to relax but to clear the mental baggage that brought me to this moment.

It took me longer to get pregnant than I thought it would.  Probably because every parent, teacher, doctor, and public service announcement I saw since high school told me that I should be careful not to get pregnant, as if it was as easy as catching the flu.  For years, I was worried about an unintended pregnancy and then when I was actually trying to get pregnant I wondered why I had thought it would be so easy. It probably would have been easy when I was 18, 22, or 25.

But like many career women, I put off having children until I was 30.  Then, getting pregnant started to feel like a full-time job between the monthly ovulation kits and pregnancy tests, emotional limbo, frequent OB appointments, lab tests, and now the most embarrassing GYN exam of my life in a radiology suite. I had worked at my career for years getting the education and training I needed, leaning in, and expected that once I decided to start my family it would magically happen. I had expected that after the hard work of becoming a physician, becoming a mother would be the easy part of my journey. I quickly learned though that parenting is never easy, and for some, it is not easy from the start.

When a new OB/GYN rushed into the procedure room explaining that she was filling in for my usual doctor, I was initially angry. Here I was in such a vulnerable place, with my husband banished to the waiting room, and all I wanted was someone who knew me to hold my hand or offer some compassion. At the end of the procedure, this stranger in a white coat informed me that the results were normal and instead of saying “great” and hopping off the table, I burst into tears. The clueless male radiologists looked uncomfortable and slowly backed away from the labile woman, while the OB/GYN came over and took my hand.

Between embarrassed sobs, I managed to articulate that I was unsure about whether or not I should be happy about the results. On one hand, I was relieved that my anatomy was normal and should support a pregnancy. On the other hand, I was frustrated that I was still answerless about why I was not yet pregnant. The doctor then confessed that she had the same procedure done recently and that she had also cried. She understood my confliction and squeezed my hand as tears pooled on the cold metal beneath me. We silently held each other’s hands in solidarity for a few minutes. Two physicians hopeful for children while hiding our own pain in treating fertile females and families each day.

This stranger’s confession about her personal journal with infertility remained with me much longer than the memories of the procedure itself. A month later I found myself staring at a positive pregnancy test and wondered if she ever did too. The tenderness she showed me is evidence that whether she becomes a mother or not, she is already a great one. More often though I think of her when I see other women in pain and how she wasn’t afraid of my tears, how she embraced me in a moment of anguish, and how she shared from her heart. I strive to be that type of physician, and person. A woman who can rush into the room of a hesitant stranger and from her fears, deliver hope.

Doctors grieve too: A lesson I did not learn in medical school 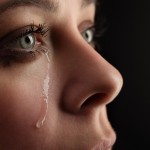 A letter to myself as a first-year oncology resident 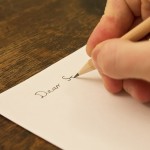 During a physician’s infertility journey, another doctor offers hope
3 comments