A few months ago, I came across a young man who had come in with increasing fatigue and shortness of breath that was limiting his quality of life. As a barber, he looked forward to cutting hair and talking with his clients about the events that were happening in their lives. On the surface, it appeared that things were going well for him overall, but people were not aware that behind the scenes, he had been dealing with a cocaine addiction for years. He tried numerous times to quit, but relapses were frequent, and it was starting to take a toll on a marriage in which a faithful wife had been trying to stand by him for years.

One could imagine that he dealt with emotional turmoil over the years, but from a physical standpoint, he was feeling well for the most part. Then, he started to notice a few changes in the week before he came to the hospital. He noticed that walking a few feet would cause him to become incredibly winded and that he would have to rest before trying to walk further. He was still talking with his clients at the barbershop, but now, each haircut was becoming more of a struggle as he had trouble breathing while he was cutting hair. He had never experienced this difficulty with breathing before, and he decided to come to the hospital to get checked out.

He was admitted for further evaluation after a chest x-ray showed a sizable amount of fluid in his lungs as well as an enlarged heart. Further tests revealed that his heart was very weak, a problem that he was not aware of in the past. As we talked with him during the hospitalization, he was forthcoming about his struggles with cocaine use. With his wife at the bedside, he talked honestly about the times he tried to quit in the past, and how quick he would be to relapse. One could see the signs of struggle on both of their faces with apparent marks of fatigue, stress, and uncertainty despite trying to crack a smile as they talked to us.

After ruling out other causes of heart failure, we let him know that the likely reason that he had heart failure was because of longstanding cocaine use that caused damage to his heart over time, and that his weakened heart was the reason he was feeling so short of breath. We told him that there were medications out there that we could use to potentially improve his heart function and to improve his symptoms in the meantime. We started some medications to help take the extra fluid from his lungs as well as other medications that could help strengthen his heart over time. We also let him know that cocaine cessation was a must, and this time, he stated that he was more motivated than ever before to quit given his symptoms and heart function.

Over the next few days, his symptoms improved, and he was tolerating the new medication regimen he started. He was more hopeful than when he came in, not only because he now knew the cause of symptoms, but because there were potential options available to improve his heart function and subsequently his quality of life. By the time his admission came to a close, he was grateful for how he was treated, and was looking forward to seeing us in follow-up, newly motivated to make a change in his life. He has since had an outpatient appointment, and he is doing well, with plans to check out his heart function again in the near future to see if there has been any improvement.

When I reflect on this experience, it initially seems like a typical patient encounter on the surface. However, when I look at it deeper, a few nuances come to the forefront that highlight how special medicine really is. It is a field where many times, the social situation that a person comes from may not necessarily determine their ultimate fate. With the advances of science and technology, medicine is allowing more opportunities for people to turn their lives around if they choose to accept it.

It is also a field that brings people from different walks of life together. Groups of people from different socioeconomic backgrounds, who may not interact with each other in their usual lives, are brought together with a common goal: to seek an answer for their medical questions, irrespective of how those questions may present themselves from a physical standpoint. It is a field that challenges our assumptions of what should happen to people from different social situations and instead makes us hope for a new destiny for the patients who come through those hospital doors. In a sense, medicine is countercultural, defying what seems to be expected and aiming for what seems to be impossible with regards to how the human body should respond from a health standpoint.

It is this constant paradox, and this uncomfortable but beautiful uncertainty, that makes medicine a field of wonder and awe if we look at it in a particular way. If we look hard enough in our patient encounters while taking into account the background stories of our patients’ lives and see how medicine can at times reverse certain fates for certain patients through our interventions, it is not hard to believe that miracles happen. Some people may start to bring in the supernatural, and given the incredible recoveries that some of our patients make, I think it is reasonable to make that assumption at times. However, even if we choose not to invoke that particular assumption, I think people can agree that in medicine, these occurrences make us wonder and marvel at them; this concept of wonder and awe in and of itself fits the definition of miracles.

Without medicine, this young man’s life would likely have been shortened given his cocaine use, and he would not have encountered other people outside of his background who had resources to help him to make a recovery. Without medicine, we as providers would not be reminded of the fact that no one is perfect, and that we all have our struggles at times in which we hope someone would believe that things would change as they stand beside us. In medicine, vulnerability meets compassion, and assumptions of what is possible or certain are challenged, and just for a moment, we begin to believe that a different reality may be possible for a patient if certain things line up in a way that promotes a patient’s healing.

Every time a patient walks out of the hospital better than when he entered, considering the circumstances, we should consider that a miracle has happened. After all, medicine helped to change the reality of this individual for the better, defying expectations that would have come with his social situation. How many of us can recount the numerous times that our expectations were challenged, for the better, in our medical journeys? When we do recount them, we cannot help but have a sense of awe at these occurrences. We wonder and marvel at them, and as we go forth in our careers, we hope that we can have another experience where we can marvel and wonder again, and where we can see the incredible miracle that medicine really is. 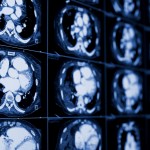 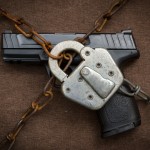