If you have a life where you never, ever say yes when you mean no, then you can stop reading right now.

But I guess that you’re a lot like me. Now and then, you get caught off guard.

And before you know it, you’re staying late to see that emergency patient. Bringing cupcakes for the second-grade class. Volunteering for the coffee meet-and-greet at church next Sunday.

What’s up with that? We’re smart. We know how to communicate. But somehow we crumble when we’re face-to-face with someone who’s asking us to do something we don’t have time to do, or don’t want to do.

6 reasons we find it hard to say no

If we want to learn how to say no, we’ve got to understand why we keep saying yes.

If you fall into one of these, you’re in great company. Oprah talks about having the “disease to please” — meaning we want so much to be successful and do great things, but we worry like crazy about what everyone else is going to say about it.

Mastin Kipp of “The Daily Love” says he feels bad when he says no. But he is conscious about changing that and says, “I have had to say ‘no’ more. And it’s not because I don’t like the people or things I’m saying ‘no’ to. It’s just because I know what I’m focused on and why I am focused on it.”

When these very wise and successful people have trouble with things, what are we ordinary folks to do?

Listen to your inner compass — yes, you can hear it!

It’s not always black and white, though, is it? Sometimes we know there’s absolutely no way we want to do something, but many times, we’re a bit indecisive and don’t know what we really want.

How to say no in the right circumstances

If you’ve had days where you’re feeling completely overwhelmed from work and life, here’s your toolkit for how to say no.  You can pull this out any time you get that deer-in-headlights feeling and are suddenly lost for words.

1. If a request is a “Hell, no!” then just say a polite no from the beginning. The trick here is to pull the band-aid off quickly, in one fell swoop. Done.

You don’t owe them an explanation. You don’t have to make up excuses. You can just politely say something like, “Thanks for asking. Unfortunately, I’m not able to do that this week …” Now you can go on your merry (busy) way and not feel any anger, because you responded how you wanted to. Try it — it’s incredibly empowering!

This works for almost any request, other than what suture I want in the OR (4-0 or 6-0 silk suture? I know that answer right away.) Or if the question is about dessert. (Chocolate? Certainly!)

But you have to get back to them! Check in with yourself and see if this is truly something you want to do, and makes sense to fit into your schedule, and then you let them know. If you never get back to them, you’ll walk around wasting a lot of energy thinking about it.

3. If it’s an awkward no, try “I don’t” instead of “I can’t.” As in “I don’t work late on Thursdays because that’s when I take my daughter to piano lessons.” It just is. And, you’re done!

When you stand up and say no, you don’t walk through life carrying heavy feelings of remorse for doing something you really did not want to do. Plus, saying no, gives another person the chance to say yes, who may really want to step in and say yes.

And it makes you stronger each time you stand in your authenticity.

When patients question the motives of their physicians 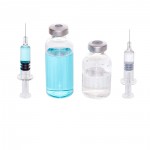 Please address suffering in the care of the dying 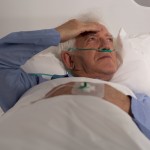 Doctors need to learn to say no. Here’s how to do it.
4 comments