We had been sitting in the chiefs’ office with a few of the attendings who had all had Donald (name changed to protect privacy) on their service at one time or another. Everybody exhaled a collective sigh, soaking in the sting of the knowledge of Don’s death; then, within a few seconds, everybody had smiles on their faces.  The smiles were born out of a personal experience with him in the hospital. He was a special man. He was a dogged veteran who had fought in two wars: Vietnam and the war against the disease and illness that riddled his body. His words were rarely sweet, his blood pressure was always through the roof, his bone marrow had burned out to MDS, and his kidneys had begun giving up under the stress of his uncontrolled diabetes. On top of this, he was never adherent to his prescription regimen and medical recommendations.

He was the quintessential “frequent flier.” When you saw his name on your patient list in the morning, you were usually unsurprised, a little frustrated, and somewhat satisfied you would see again the familiar, hardened face of a man who “wouldn’t take nothing from no one.” Despite the difficulty in dealing with his tenacious personality, he always left you with a smile on your face — whether out of incredulity or amazement.

The attendings in our office began to share some of their stories about Donald:

“You know, once I had to bribe Donald with donuts so he would let us transfuse some blood.”

“Once he was in renal failure because he had an over enlarged prostate, and when I told him we needed to put in a Foley catheter to relieve the pressure, he looked at me sternly and said, ‘You know, Doc, friends don’t hurt friends.'”

“One day I found him with a bucket of KFC despite strict sodium restriction recs, and I asked the nurses what happened. They told me there was no way they could stop Donald from doing what he wanted when he put his mind to it.”

“He was always hungry. He would tell the techs to get him Chinese food secretly and would give them a couple of extra bucks for egg rolls so they would keep their mouths shut.”

I listened to the stories, and in my heart, I thought that Donald would have gotten a kick out of knowing we were remembering him this way. I thought about how I would like to be remembered. Hopefully, the day I leave this world, some people I care about will have some good stories to tell about me that will make them laugh and think and reflect.

Donald lived his life the way he wanted. He was pathologically stubborn and irritatingly argumentative, but he still had that bit of charm that showed through most in the moments when he was most ill. Donald should have died long before today, but he was too stubborn, even for death. He clawed and scratched every last breath and every last heartbeat in this world, and he left a mark on all of us. We all knew that this day was coming. That we would hear that Donald had finally met his maker … and just like the countless times we saw his name on our patient list, we were unsurprised, we were a little frustrated, but we had little smiles on our faces. 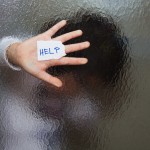 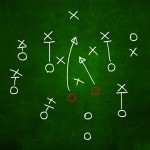