As the awareness and recognition of concussion in sports continue to increase and the frightening long-term outcomes for frequently and severely concussed athletes are realized, as a physician I cannot help but advocate drastic changes in football.  Of the major sports, it sees the highest rates of concussion, and for every highly publicized Greek tragedy of a broken NFL star (Jim McMahon, Junior Seau, Dave Duerson), there are thousands more untold stories of lives forever damaged by cumulative head trauma.

Post-mortem analysis showed evidence of chronic traumatic encephalopathy (CTE) in 87 of 91 (96 percent) of NFL players brains, and 131 of 165 (about 80 percent) of the brains of those who played professionally, in college, or in high school.  A new film packed with A-list actors,
“Concussion,” is set to exponentially increase public awareness of this problem.  To be fair, the Heads Up Football movement is a start, but alone it won’t be enough to move the needle.  The NFL certainly seems to be studying the problem, and rule changes have been made to prevent egregious head-down targeting.  But the overarching problem remains: At some point in the evolution of football, the equipment designed for protection became a weapon.  Until this problem is addressed, traumatic brain and spine injuries will continue at unacceptable rates.

I played football through high school, and today I thank God for not granting me the talent to continue to the college and professional level.  Our hometown team was known for being hard-nosed and ferocious.  I grew up in a town built by the coal and railroad industries, where people pride themselves in being tough and physical.  I remember on the first day of contact drills each season, we got a lecture on the dangers of the game, and to keep our head up when blocking and tackling.  This game is dangerous if not played properly, we were told.  We read the warning labels on our helmets aloud acknowledging that serious injuries and death can result from playing our sport.

But it seemed that soon after the lecture, it was relatively ignored.  We wanted to knock opponents out of the game.  If we could break their will, we would be victorious.  We regularly launched ourselves into opponents to deliver a pad-popping, bone-crunching hit to make the crowd “ooh” and “aah.”  Perhaps my proudest moment in an otherwise lackluster football career is when I hit a kid so hard, his jaw/ear pads flew out of his helmet.  We earned “atta-boys” and respect for things like that.  My town and my team were not unique, however.  We weren’t any more bloodthirsty than the other teams in the county, state, or country.  Watch this video glamorizing huge devastating hits if you don’t think this attitude is pervasive and persistent.  A minuscule percentage of the tackles made in the video demonstrate good, fundamental tackling form.  The players are not bringing their arms to the hit party.  For the most part, they have no intention of wrapping up their opponents; they are launching head down like guided missiles to create maximum force.  Anyone who can watch this video and not admit that the protective gear has become a weapon is delusional.

We must dispel the myth that the helmet protects the brain from injury.  It does not.  It protects the scalp and skull such that a player may strike with his head, yet feel little to no pain.  The forces of profound acceleration and deceleration are transmitted to the brain, which has no pain receptors of its own.  The advancement of shoulder pads has also allowed players to use their shoulders to lead and strike with amazing force.  This is the reason for many of the brain injuries sustained in organized football.  The endless push to modernize protective equipment has led to a paradox of the equipment actually creating injuries.  An unhelmeted player with no shoulder pads wouldn’t dare launch into an opponent at full speed because it would hurt too damned much.

Here are a few suggestions and ideas I offer as a “jumping off” point to facilitate discussion on shifting the paradigm:

These proposed changes are not scientifically proven to work, but to me they pass the “common sense” test.  I’m not implying that they do not need fine tuning, more opinions, and analysis; I would welcome all input which is respectfully delivered.

There will undoubtedly be football “purists” who will read this article and accuse me of trying to emasculate their beloved game.  Football isn’t football without the hits, they will say.  Go watch a flag-football league, they will suggest.  To these people, the game is fine the way it is.  There are some questions I have for those who believe changes are unnecessary and would damage the sport:  First, where and when did you play professionally?  Most fans who believe that concussions are an expected and accepted part of the game don’t make a career out of playing football.

Also, if this game is so conducive to long-term health, why are NFL players so against letting their sons play?  Further, can you acknowledge that the game has evolved and is played much differently than it was in the 1950s?  Isn’t the equipment a major reason?   Perhaps most importantly, don’t we owe it to the players to advocate for their health, or are they merely modern-day Roman gladiators to us?  Finally, will we stubbornly watch our national sport die out over the next fifty years, or will we make some proactive changes to keep our kids playing?

I do not offer these suggestions and questions because I want to ruin football.  I learned many life lessons as a young football player, and I wouldn’t trade those years for anything.  I am a doctor now, but I have been and will always be a football fan.  Even with some adjustments to the equipment and the rules, football can remain a game of strength, speed, skill, will, and strategy.  A landslide of data and numerous tragic stories have now convinced a critical mass of not only scientists, but also football experts and fans that the way we have been playing this game is wrong.  Now is the time to make some serious changes for the health of the players and the game itself. 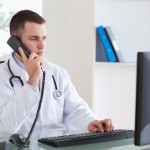 We should radically change the way we play football
9 comments