The relevance of this interviewer’s question did not come into play for me until much later into my medical education. The physician training machinery focuses far more on the nuts and bolts of the body’s physiology than it does on the humanistic aspects of patient care and always will as long as our qualifications are measured by high-stakes multiple choice exams. Reacting to laboratory values and treating quantifiable symptoms forms the skeleton of the skill set of the fledgling doctor.

Things began to change for me during my intern year when a patient (Mrs. G.) taught me about the reality of our health care system. Her story was unfortunately all too common. She was uninsured and in her early 60s (too young for Medicare) and had lived with uncontrolled diabetes and its associated complications for many years before arriving at the hospital one day with a leg wound that wouldn’t heal. In the course of her treatment, which would include surgery on the wound, end-stage renal failure was uncovered, and she would suffer two strokes and a heart attack before her stay in the hospital was over.

Her need for dialysis essentially trapped her in the hospital, as no local outpatient dialysis center would treat her without an insurance provider, and her family in another state was unable to secure a transfer to a hospital closer to them for the same reason. The degree to which she was debilitated would almost certainly require nursing home care, but I quickly learned that nursing homes are essentially entitled to your entire life’s net worth until you have no more assets or savings, at which point the home accepts the social security rate. How sad it is that your life’s work simply vanishes before you in your moment of need?

There is no doubt that Mrs. G suffered a great deal, but she did not show it when I tried to communicate with her on a daily basis. Her family stood by the fact that she would recover and refused to entertain any notion that she might not survive. While some have referred to having end-of-life discussions as “death panels,” the inability to accept the inevitable probably does more to prolong suffering than any other aspect of our system. She would not survive the hospital stay.

As is always the case, we have no healing words when our patients die. We apologize and affirm that we did what we could, and this is usually enough. It is a routine that we undergo so often that we become desensitized to death. If we didn’t, we wouldn’t be able to do our jobs. I spend hours many days assessing patients’ responses to cancer therapy, basically to the point where I would want nothing to do with a CT scan of myself. It stands to reason that doctors make terrible patients.

As time went on, I began to experience personal losses that come with growing older. Over the course of 3 years, I had a friend lose her husband to liver cancer, another lose her husband to heart disease, a third lose her fiancee to similar complications of diabetes as described above, a medical school classmate lose his wife (a medical student at the time) to suicide, another friend suffer an atypical stroke, and a sixth friend die of metastatic cervical cancer. All 6 of these friends of mine were only in their 30s. My heart goes out to all of my friends, but the nature of my work keeps me from experiencing grief or expressing my condolences in a normal way.

The time demands of medicine can also keep us from our loved ones who need us. My stepfather was stricken with leukemia and declined rapidly following an unsuccessful bone marrow transplant during my intern year. I was working as an intern one night, and when I arrived at his hospice suite for a visit the following morning, I was too late. I didn’t get to say goodbye. Duty had called. While I was able to get away from the wards for his funeral, I returned to find that Mrs. G. had died shortly after her third surgery, on day 43 of her hospitalization. I wasn’t there for her either, even though there was truly nothing I could do.

My mother, too, passed while I was on call. 10 years after being diagnosed with metastatic cancer, it finally got the best of her; and the first I’d heard that her health was declining was from her hospice nurse only 3 weeks prior to when she passed. I didn’t even know that she was on hospice at the time. She didn’t want to “burden her boys” with such news. While I did get to spend a little bit of time with her in her final coherent days, the best that I could do for her was to put her up in the best nursing home available in her town. As loved ones gathered at her funeral, many approached me to say, “Oh you’re the doctor son. Your mom was so proud.” With great pride in the profession comes the property of less family time. It’s a trade-off that we all have to consider.

Too often we hear of someone who “lost his battle” with cancer. I wish we wouldn’t use those words because in most cases, a patient “loses” a battle with cancer the same way a high school football team would “lose” a game against the 1985 Chicago Bears. My friends and family didn’t “lose” any battle. They lived the lives that they had to the fullest. Perhaps the best thing I could do for my ailing family members was ensure that their estates were in order with an appropriate advanced directive to make certain that their end-of-life decisions were honored. Have these discussions when your loved ones are well.

In reflection on all of the lives lost since my first medical school interview, I now know what the interviewer meant, but it is not the suffering of patients that has affected me the most. It is the suffering of those left behind, and there is no medical treatment for that. For all those in families with physicians, we may not always be the most expressive or attentive family members. We just experience grief in a different way. 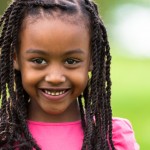 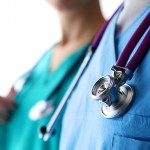