The afternoon began like any other day in medical school.  Students arrived at the lecture hall and took their seats.  An individual with long blue-and-white hair and handlebar mustache entered the room wearing oversized fish-print pants, a loose-fitting clown shirt, and a single earing fashioned out of a bent fork.  He casually strolled up to the front, introduced himself as Dr. Patch Adams, and told us that the next several hours would be some of the most important in all of our medical training.

We learned about the Gesundheit! Institute, a community that has provided care to thousands of patients without charge for over 40 years.  We watched videos of terminally-ill Russian children in orphanages beaming with delight as a posse of clown doctors burst through the door squeaking red balls on their noses.  We engaged in interactive exercises that required us to give bear hugs, look each other in the eyes, and say “I love you.”  At the end of the day, Patch pulled out a gigantic pair of underwear for us all to fit into and took a class picture.  He departed by giving everyone hugs and wishing us the best of luck in our career endeavors, leaving us as starry-eyed, first-year medical students ready to change the world.

Six years and several training hospitals later, I became a burnt out resident.  Waking up was the most difficult part …because that meant I had to crawl out of bed before the sun, look at myself in the mirror with dark eyes and whitening hair, and realize that I was spending “the best years of my life” striving to be productive in a giant money-making machine called U.S. health care.

Few things make residents more disillusioned with medicine than witnessing an impersonal system overcharge for services that ultimately make little difference, particularly for an aging population.  I was reflecting on this particularly one day in the ORs when I was assigned to provide anesthetic care for the surgical resection of a highly invasive tumor in a fragile, deaf, and demented woman who was 100 years old.  Despite surviving a major operation and ICU stay, she still had positive cancer margins at follow-up.

During that day-long case, I kept thinking how a fraction of the tens of thousands of dollars that would be spent on her hospitalization could easily go towards giving her years of the best home health care money could buy.  This is just one of countless examples in which physicians provide treatments to patients that they themselves would not choose to undergo. It is unfortunate that we continue down the path of commercialized medicine with little consideration for the collateral damage created, especially since the U.S. is a world-leading example of what low-value health care looks like.

I recalled Dr. Adams once telling my medical school class, “Love is what will save health care and love is what will save the world.”  I wrote him a letter to express my dismay with the current health care culture, even going so far as to say, “How can a system that is based on greed and profit heal patients?” To my surprise, I received a package two weeks later with two of his books and a note:

Dear David, I just returned from our 16th annual clown trip to the Peruvian Amazon with 130 clowns from 17 countries … DO NOT QUIT!! Be a vision for a real doctor … Cut the suffering crap and let’s make a loving world.

I proceeded that evening to read one of the books.  Most of the pages were covered in red ink by the time I finished:

I refuse to believe that burnout is inherent in medical practice … Medicine, you are blowing it! … Technology has taken such a foothold in our culture that “progress” has become synonymous with “advances in technology” … Greed is one of society’s worst malignancies, and it appears to have metastasized to every corner of the earth … Physicians are not here to prevent death!  We are here to help patients live the highest quality of life and, when that is no longer possible, to facilitate the highest quality of death.

Some time later I met Patch again in person.  After an afternoon of conversation, it became clear to me that he has witnessed a lot of pain and suffering in his 40 years of global activism.  When I asked how he emotionally coped during the thousands of times he held starving, trafficked, and dying children in his arms, he replied that you smile and be strong for them, because sometimes that’s all you can do.  His comment reminded me of the words penned by renowned psychiatrist, Viktor Frankl:

We who lived in concentration camps can remember the men who walked through the huts, comforting others, giving away their last piece of bread.  They may have been few in number, but they offer sufficient proof that everything can be taken from a man but one thing: the last of the human freedoms-to choose one’s attitude in any given set of circumstances, to choose one’s own way.

Medical providers of the new generation are facing an existential crisis.  Studies demonstrate a rise in physician burnout, depression, and suicidality.  Young doctors are increasingly disappointed by their profession.  Though the situation appears bleak, examples like this celebrity clown doctor remind us that there is hope.  For me, this meant mustering up the courage to quit my residency program halfway through and train in another specialty that would allow me to have more time with patients.

Patch once said, “… the practice of medicine can be a thrill-an exchange so fundamentally loving that it’s difficult to contain the excitement … Scientific brilliance is an important tool, but it is not the magic inherent in healing.”

I encourage every one of us to discover for ourselves what that magic is.

Special thanks to Dr. Patch Adams for permission to publish this story and Dr. Stephen Harvey for support in writing this essay.

David Zacharias is a psychiatry resident.  This article originally appeared in Fulfilled Physicians. 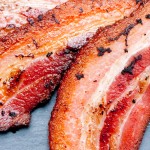 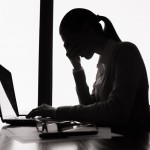