The past year had been a tremendously exciting time to be an oncologist, and to be a lung cancer oncologist in particular. It seems we hardly have time to get used to one newly approved agent before another one becomes available. In 2015, we have seen gefitinib (don’t I know you from somewhere?), afatinib, nivolumab (twice), pembrolizumab, necitumumab, and osimertinib all become approved or have approvals broadened to new populations of patients with lung cancer, which has to be a record for one disease in one year. It is possible we aren’t even done yet, with several additional drugs under FDA priority review.

While this is a nice problem to have, it also creates challenges in moving these drugs into practice. Adoption of new drugs is complex and involves lots of elements not covered in the New England Journal paper accompanying the approval. Education on efficacy and toxicity is critical, and this can come from both experts (e.g., journals and ASCO Education Sessions) and from pharma sales reps. Patient preferences can play a big role, which can be influenced by both media reports and by direct-to-consumer marketing. And finally, doctor experience plays a role in early versus late adoption and how they present the risks and benefits to the patient.

Let’s take the new immune checkpoint inhibitors, for example, pembrolizumab and nivolumab. Both were approved for good performance status (PS) non-small cell lung cancer (NSCLC) patients after prior first-line chemotherapy based on superiority over the prior standard second-line chemotherapy option. These agents have fewer side effects (in general) than chemo with more durable responses, and are deservedly becoming a new standard in this setting. However, now that they are approved, we have to decide when to use them in a real world in which good PS in the second-line setting is a rarity.

The nivolumab trials only enrolled patients with PS 0-1, and most patients were under age 65, almost all under 75. What do we do with the 80-year-old patient with PS 2? A purist might say that we shouldn’t use nivolumab in that setting, but oncologists make extrapolations all the time beyond a drug’s label. For example, we know chemotherapy that benefits patients with PS 0-1 also helps in patients with PS 2, so that isn’t much of a reach. We also know elderly patients tend to get the same benefit, albeit with additional risk of toxicity, from anticancer therapy, and that generally age alone shouldn’t be used to determine eligibility for treatment.

Now, what if that same 80-year-old patient came to you, previously untreated, and said, “I don’t want chemotherapy. I lived a good life and don’t want to be sick. But I saw this ad on TV and I would try this immune-therapy stuff.” What if that patient had had her cancer tissue tested by a CLIA-certified lab and was found to be strongly positive for PD-L1, a predictive biomarker which in the pembrolizumab trial led to an almost 50% response rate with sometimes extremely durable responses? In this case, you don’t need to be a purist to hesitate at the repercussions of such a choice, but be warned: This is a discussion I have already had with more than one patient, and I know my colleagues have as well.

What about the patient who is very ill, with poor PS, who is no longer a candidate for cytotoxic therapy and would be very appropriate for hospice care? We know that treating patients within the last days and weeks of life is poor quality care, denying them valuable time at home free from side effects and potentially even shortening their lives. But what if that patient is 40 years old, with young children, and asks if he can just try that new treatment once before he goes home? He says he understands the risks and is willing to try. He knows the risk of serious side effects is low, but that responses can mean a home run, potentially long periods of disease control. He also knows only 20 percent of patients respond and that he could end up spending his last days in an ICU with diarrhea or pneumonitis. When you figure out the right answer be sure and let me know, but hurry up because we have to make these choices now.

The practice of medicine has changed, and doctors no longer inform patients of what treatment we will be giving. The choice is made in collaboration, a team effort. But when the treatment is so new and we don’t know the proper use, or the real risks or benefits for the patient before us, knowing the right thing to do becomes harder. I have seen not one, not two, but quite a few patients with NSCLC who were actively dying come back from the brink and go on to live good-quality lives on targeted drugs like erlotinib when the predictive biomarker (EGFR mutation) was present. Is this a similar situation, or should it be treated more like chemo where we feel comfortable saying “no” due to concerns over harm?

And where does cost come into play? Will payers even agree to uses outside the approved indication and should they?

This is why a computer algorithm cannot ever fully replace a doctor’s judgment, and why no care pathway can tell you what to do for every situation. These are all, by the way, real cases faced by me and my team in the last few months, and I bet by many of you out there. We need to keep having this conversation, and both the purists and the cowboys (and the patients) can have their say. 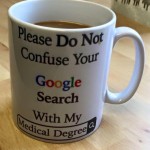 An infectious holiday video: It's beginning to look a lot like sepsis 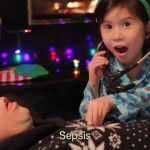