The optimism of a Rwandan in 2015 will strike you. Take a population that has seen or been raised in the wake of more horror than the average Westerner can imagine, and bring up a problem or something negative. Too short to reach the top shelf? It’s OK, you’ll fit under doors better. Hair stands out when bright red? Easier to pick out in a crowd. Mother has had 3 Cesarean sections with a hysterectomy? Her religious beliefs would’ve made it hard for her to request a tubal ligation, so she will feel relief knowing her child-bearing days have come to a close.

That optimism draws you in, even if you may squirm at the logic or reality of the situation. That optimism is what takes you from a casual, passive observer to an active participant. It’s like a drug. You want more. You want to see more optimism play out in the physicians, nurses, medical students and patients you see around you. So you ask, what can I do to help?

You ask that somewhere else, and you may get answers along the lines of, “Get us more of this,” or, “Can you do that?” In Rwanda, you ask this and the answer is one of empowerment: “We want to do this, can you help us?” It’s an answer that engages all parties; makes the aid feel real, long lasting, and not a temporary fix for a chronic problem.

To say that as a Westerner, one feels no guilt or sense of debt for what is happening in Africa is a huge fallacy. There will always be guilt; we will have to pay debts for years to come for what has occurred on that continent in the name of white power and progress. But Rwanda takes that feeling and molds it into productivity. Rwanda says, “we’re going to rise above our past, are you with us?” So when you get drawn into the current flow of progress, you latch on like a skier on a tow-rope and just hope you don’t drop your poles on the ride up the hill of change. I’m on that tow-rope, and I’m not about to let go.

What is even more striking than the optimism of those who lived through the horrible 100 days of 1994, is the determination and strength that with they have endowed the next generation. This is not a generation of job seekers, wedding planners, and passive complainers. It’s a generation of budding sustainable architects, grassroots engineers, and low-resource trained cardiothoracic surgeons. Think the only way to get a bypass done successfully in sub-Saharan Africa is in South Africa or Kenya? These guys are going to prove us wrong. While America may sit on its laurels about long-term management and eradication of malaria, this generation of Rwandans is going to show us how it’s done.

But generations of racism, colonialism, historically driven wars and the apathy of the world means that Rwanda faces many more obstacles to minting qualified medical professional than we do in the U.S. A med student in Rwanda has economic and academic hills to climb that are higher than the mountains of Ruhengeri. So why not shave off a couple of steps? Why not help make the mountains shorter? The climb still has integrity; it just evens the playing field. And while we’re at it, why not assist them in developing a sustainable health care system that they will be proud of, that they’ll want to work for?

Let’s find ways to cut the 22 percent brain drain currently happening in sub-Saharan African medical schools. If they stay, and provide the quality health care to their families and neighbors, they’ll inspire others to do the same. And those students will attend medical schools that are complete with the resources necessary to give them an equivalent medical education to a western institution, if not better. Think of a world where western medical students, residents, and practitioners are clamoring at the doors of the Rwandan medical system to learn the secrets of successful Malaria eradication and management of septic abortions. Is it an overarching, and as some might say, lofty goal? Yes, absolutely. But those goals are what kickstart that small place inside your heart and mind that says, “Let’s do this.”

But those goals are also an umbrella, made up of smaller and more attainable goals. Water for the hospital, an electronic medical record system, functional malaria nets for pregnant women. They sound like they are all over the place, but think of it more like a rainbow: a rainbow umbrella. The colors are stark in comparison to one another, but look closely and you can see how together they make up a functional natural phenomenon, like a functional health care system.

When you travel in rural Rwanda, you’ll see quilted fields of cassava, beans, bananas and onions that blanket the ever-rolling hills. But you’ll also see these bright shining reminders of the positive future that Rwandans have for their country: rainbow umbrellas. They are everywhere, whether the sun shines or it rains. Rwandan’s always carry their rainbow umbrellas. It’s a reminder to the rest of us, that while we may look at Rwanda (or African as a whole for that matter) as an aftermath of the carnage that we as Westerners left behind, they are looking forward. They are bringing out the rainbow umbrellas.

Frances Grimstad is an obstetrics-gynecology resident.

Others can be harmed when patients lie 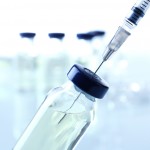 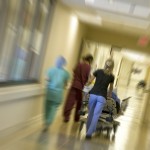 A physician reflects on her experience in Rwanda
2 comments