My patient’s son stood vigil outside her hospital room day and night. His eyebrows were frozen at an anxious angle. Although his mom was healing well from her injury, I could see that he was worried about next steps. He asked staff repeatedly about his mom’s pain management, and reviewed every therapy session she attended.

His mom, on the other hand, was deceptively charming. She was a thin, well-groomed elderly woman who knew how to exact empathy from others. When I looked into her room from a distance, she appeared comfortable, lying in her hospital bed covered in a quilt that her son had brought her from home. When I entered the room to check on her, she would grab my hand and wince, telling me that the pain was severe but that she didn’t want any medication. She was quite invested in convincing me that she was unable to go home and care for herself, and that she needed to be discharged to her son’s home. She would not accept others help at home, nor would she go to a skilled nursing facility.

She was doing well in therapy, limited mostly by her macular degeneration (poor eyesight). Again, I watched her from outside her field of vision. I saw her stand without assistance, push her walker across the room, and navigate a couple of stairs. I heard her speak to her son in angry and dismissive tones. When she saw me approach her knees buckled, and she crumpled to a padded bench. “I am not safe to go home, doctor,” she said. And her eyes filled with tears: “I am going to fall, and no one will know.”

I took her son to a private room to discuss the predicament. I carefully raised the subject of how his mom was doing well physically, and could discharge home safely with home health services, but was angling for a discharge to his house. I asked him some open ended questions and learned that he was her only son, that his mom had been guilting him about quitting his job to care for her full time.

He became tearful: “I have only a few more years to go before I can collect my pension. Mom knows this but wants me to quit right now and move back home. If I do that, I won’t have enough money to survive my own retirement. She has no friends and dad died several years ago. She says she doesn’t want any hired help at her house, and she cries when we discuss nursing homes. She says if I love her I will let her live with me. But I don’t have time to help her during the day. What am I supposed to do? She has been doing this to me all my life — getting me to do what she wants!”

I decided to tell him the unvarnished truth.

“I can see that your mom can be quite manipulative, and this has been an ongoing struggle. You need to take care of yourself. The fact that she wants to be with you 24/7 does not prove her love — a loving mom would not ask her son to jeopardize his financial future so that she wouldn’t have the ‘discomfort’ of caregivers in her home. Do not feel guilty about continuing to work. Her insurance will cover the care she needs. It’s OK to say no to her. That’s my professional opinion.”

The son let out an audible sigh. He thanked me profusely for telling him the truth. I told him that it was entirely possible that his mom would fall down on purpose once out of the hospital, to try to get him to change his mind. I warned him not to let her consume his life. She likely had a personality disorder that made her capable of squeezing the very life out of him.

My patient ended up discharging to a very nice skilled facility that her son had pre-screened for her. She was as happy as a wet cat on departure, but I believe it was the right decision for both of them. I just hope that she didn’t succeed in wrapping her emotional constrictor muscles around the neck of her poor son again. I tried my best to save him, but in the end I know that sometimes people have to save themselves.

The bait and switch of health care IT 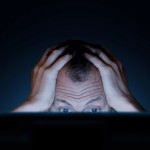 The HPV vaccine is safe. Now will that stop shoddy reporting? 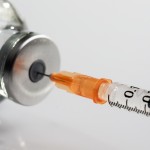