As I entered the exam room to meet my new patient, I initially thought of the orange-haired heroine in the animated kid movie, Brave. Although the middle-aged woman’s hair was not quite as orange as the heroine’s, it was long, expansive in breadth and wavy in texture. Her hair seemed to engulf her petite frame. As I looked at her more closely, she appeared rather slim. Her layering of clothing disguised her build, but I could see that her cheekbones were prominent, and the delicate skin between her col­lar bones had a sunken look. She was accompanied by another woman, her best friend of 45 years, and both greeted me with a friendly acknowledgment of my tall stature.

Shortly thereafter, the patient’s friend requested medical refills, and a pink hospital plastic basin stocked with a multitude of pill bottles materialized. The friend gently thrust this toward me after the patient nervously conveyed a bewilderingly circuitous medical his­tory, all while daintily perched on top of the exam table. When she revealed that she had been diagnosed several months ago with pancreatic cancer, her case made sense to me. The slight bitemporal wasting and waif-like frame confirmed that this malignancy was depriving her body of the nutrients she needed to survive. She delicately lifted her sum­mery linen pink shirt to reveal a bag that was draining a lemon-curd colored fluid.

As my hands hovered over the key­board while I tried to decide between laboriously typing the details of her diagnosis, failed alternative treat­ments and her current treatment plan, my eyes began to tear. I begged myself to pull it together and “stay strong,” but I was transported right back to the oncology appointments I accompanied my mother to. Just a few hours earlier on my commute to work, I had felt my mother’s presence as I heard Schubert’s Piano Impromptu No. 3 on the radio, for it reminded me of the compositions she would play. In retrospect, I think my mother’s spiritual presence that morn­ing was intended to help prepare me for today’s encounter.

I looked at my new patient. Mor­tified, I felt the burning tears rolling down my cheeks. Her nervousness instantaneously evaporated, and her tone and facial expression immediately conveyed such concern and empathy that for a moment I felt as if our roles had reversed and I was the one in need of healing. She tenderly asked who I had known that suffered from cancer. I shared with her that it was my mother, and I expressed the sense of inner dis­cordance of remaining shielded and professional versus being vulnerable and wanting to connect.

A part of me wanted to remove the symbolic white coat and share with her that I could empathize with what she was experiencing. With outstretched arms, she enveloped me in a warm hug, and her friend, who was sitting close by, tearfully called out, “Group hug!” We hugged for what seemed like forever. Despite feeling the physical frailty of her exterior in my arms, I detected the internal strength that radiated from her core, magnifying her to a level of elevated dignity, beauty and strength.

For a moment, it seemed surreal: How could this marvelous person contain within her such a beastly dys­function? After we disengaged from our embrace, she and I held hands through­out the rest of the hour. She shared with me what it was like living with her good friend who through continued support was an inspirational pillar of love. She talked about how she worried about her youngest son being alone and her becoming a burden to the loving friends who were helping to take care of her. Unbelievably, in the midst of all this, her precious time had been consumed trying to find new doctors because of health insurance issues, and thus she was seeking me as her new primary care physician.

As an internist whose focus is mostly on preventive medicine, the paradigm shifted within me to be the best physician I could be for her in this phase of her life, which would most likely soon entail hospice care. She had recently attended a consult appoint­ment at a large academic tertiary care facility, and the oncologist never took the time to look into her eyes. This was clearly a disheartening experience for her, so today she said she was just so joyous and appreciative of the connec­tion we had made and would continue to nurture.

I thanked her. I thanked her for helping to heal a part of me that is con­tinually grieving, and for helping me reaffirm why I chose to become a doctor. Doctoring is not so much “practicing medicine,” the term I equated in my pre-med days to being a physician, as it is being a healing person. The differ­ence is subtle, but after four years in practice, I feel the internal shift between doing and being. The latter resonates within me and is the reason I chose primary care, a specialty that allows for creating and maintaining such intimate healing moments.

I never did see this lovely woman again. I soon received word that she had lost her battle to cancer. I shall never forget her spirit.

To better treat obesity, doctors need to change their own diets 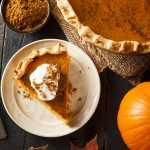 The next big thing in health care? It probably will start as something small. 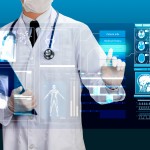