What should we call the people who get medical care? Are they “patients,” the traditional term for anyone receiving medical attention from physicians, nurses, pharmacists, therapists, dentists and other providers? Or are they “consumers,” people who purchase goods and services for personal use?

The debate about nomenclature is growing, and it’s more than a matter of hair-splitting semantics. Among passionate advocates on both sides of the argument, emotions run high.

Sometimes we view ourselves as patients, including when we await surgery for an acute, inflamed appendix. And at other times, such as when we compare the costs and benefits of different health insurance plans, we’re clearly consumers.

But most of the time we are both. And focusing on one versus the other proves to be not only a false dichotomy, but also dangerous to our health and our pocketbook.

The new drugs were expensive to develop, but if priced rationally, could have turned out to be worth it both to patients and to consumers. Had Gilead, the acquiring company, charged the same for the medication as the developer, Pharmasset, had told analysts it would — about $36,000 for an entire course of treatment — both patients and consumers would have benefited. And the manufacturer would have reaped a fair return on investment.

But that’s not what happened.

Instead, when Gilead purchased the company for $11 billion, it knew that regardless of price, physicians would prescribe the therapy and, further, that people — whether they saw themselves as patients or consumers — would have little choice but to obtain the drug and pay ever-more expensive copays, coinsurance, and premiums in the future. Without apology — and without investing a significant number of dollars in additional research and development, Gilead tripled the price. The result is that the patient and the consumer are paying the cost today, and the company will earn $200 billion from its decision.

If only the greed had stopped there, it would have been a unique situation, reflecting a major advance in medical care. But no. Gilead’s pricing decision quickly signaled that neither consumers nor patients were in a position to say “no,” and as a result, the sky was the limit for drug companies and their shareholders. Valeant soon bought rights to two well-established drugs that faced little or no competition and immediately raised the price for one by more than 200 percent and 500 percent for the other. This publicly traded company, according to the New York Times, spends little on R&D.

And as the press has highlighted, anyone with capital can profit from pharmaceutical sales nowadays. Martin Shkreli, a hedge fund manager turned pharmaceutical CEO, recently purchased the rights to an essential drug, available for more than half a century — and that has no equivalent alternative — and immediately raised prices by 5,000 percent. Fortunately, public outrage made him back down.

Given the negative response, maybe the pharmaceutical world will be reined in, but the warning is powerful. When the patient is held hostage, the consumer pays the price.

Why the demands for tech make us consumers

In the same way that the consumer and the patient both suffer at the same time, so they both benefit when either does as well. Consumers love high tech, and patients desire high touch — and most of us want both.

Advocates who insist on calling us “consumers” believe that high-tech can solve nearly all of health care’s challenges. They argue that in the digital age, control has shifted to the individual and must continue to do so. They expect to be able to obtain access to services anywhere, anytime.

After all, if “consumers” can schedule a flight or purchase a product from a distant country over the Internet 24/7, why do they need to call a doctor’s office between 9 a.m. and 5 p.m., Monday through Friday, for an appointment? To a consumer advocate, that’s practically prehistoric. And they ask if as “consumers” we can research any topic and answer any question that comes to mind through Google, then why shouldn’t we have more control over our own healthcare choices?

They believe that, similar to what has happened in travel, retail, and finance, once the tools for proactive engagement in healthcare — direct scheduling, control of personal information and anytime-anywhere email and video access — are broadly available, our health will improve and healthcare costs will decline.

For the technologically focused consumer, the word “patient” sounds paternalistic and old school. They’re convinced physicians object to the term “consumer” because they are concerned about threats to their professional status and afraid of being relegated to the role of highly paid retail clerks. They perceive doctors’ resistance to technology as self-serving, pointing out, as a case in point, how organized medicine in Texas tried to restrict the expanded use of tools like video visits and digital photography out of anxiety about competition from physicians outside the community.

Why the desire for high touch makes us patients

Physicians understand that health care is founded not only on expertise, but also on the capacity to build trust. They recognize the power of the patient-physician relationship and its positive impact on healing, on patient adherence to mutually agreed-upon therapies, and on improved clinical outcomes.

Seasoned physicians are convinced, too, that medicine remains as much art as science, and worry that a one-size-fits-all could lead not to excellence but to mediocrity. And they lament that the computer has so obtrusively come between them and their patients in the exam room, and how much time the digital universe demands every day.

Physicians who prefer the concept of the “patient” view the “consumer” model as naïve and incomplete. They remind everyone of all the reasons why medical school requires four years and overall medical training a decade or more. They worry that Silicon Valley entrepreneurs will convince people that what they most need is continuous EKG monitoring and excessive measurement of other physiological processes, when in practice the information proves no more helpful than getting updates about the Dow Jones Average from a financial advisor every five minutes. They fear that putting all of that data in electronic health records will distract from the central mandate of caring for patients. And as patients, the old adage — “No one cares how much you know until they know how much you care” — rings true.

Our identities as both patients and consumers

So who are we, patients or consumers? The reality is that on occasion we are one or the other, but most of the time, we are both.

1. Complementary desires. For much of our lives, we act like consumers picking from long lists of physicians, using whatever criteria we prefer. And we want to decide whether to have our medical problems addressed and our questions answered through a secure e-mail, a digital photograph or a video visit.

But if we develop a major illness or face end-of-life decisions, we turn to the physicians we know and trust well to explain the situation and be truthful about the likely outcome. We still want to make our own decisions about what for us is quality of life, but we value physicians who can engage us in an in-depth, honest conversation, filled with caring and compassion — something computers today can’t provide.

2. Weighing quality of care against cost. As consumers, we’re interested in the price of everything, and we want to control how much we spend. Facing ever higher deductible costs, we want to make the decisions about whether to take a brand-name or generic medication and how far we are willing to travel to obtain a high-quality CT scan at the lowest price. After all, that’s what we do when we purchase an airline ticket or buy a car.

But when we require major surgery or treatment for a potentially life-threatening condition like cancer, we see the world differently. Cost is suddenly no longer an important consideration. Quickly we shift our mindset from consumer to patient, wanting the best treatments and expecting someone else, whether government or commercial insurance, to cover the massive costs that will be generated.

3. When high-tech when high-touch? When we have routine problems such as strep throat or back pain, we desire convenience, and high-tech is an important avenue. We seek real-time, easily accessible information about our health needs, and want to be able to go online and obtain the testing and medications we need as seamlessly and easily as we buy and sell stocks. And a growing number of people want to peruse the medical literature and decide with their physician how tightly their blood pressure or blood glucose should be controlled. During this part of our lives, consumerism is king.

But for people with multiple chronic conditions taking half a dozen or more drugs, this whole process can feel overwhelming. They seek a physician who they are confident puts their best interests first. Under these circumstances, they are very much patients, and grateful to follow the lead of an expert.

And as a result, across our lives, we end up being both.

What we are, when, and why

The debate over consumer versus patient is important and valuable because it will drive physicians and hospitals to embrace both personalized care and technology. Hopefully, it will encourage legislators to rein in those actions by drug companies that threaten the well-being of both. And maybe the debate will focus entrepreneurs to invest in new technology that actually will improve the health of people, not just generate data for the sake of data. And most importantly, it has the potential to inspire each of us to cherish the values of the past while demanding the tools of the future. 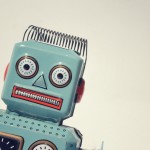 So who are we, patients or consumers?
13 comments