The one question every medical school admissions committee will ultimately ask: “Why do you want to be a doctor?” As if the many overqualified and seemingly undervalued applicants rejected each year do not have a sufficient answer. My answer was stereotypical, but I meant it.

“I want to help people.”

Four years later, I am a University of California, San Diego emergency medicine resident. And I am also fortunate to be a TEDMED attendee.

In 1984, the synergy of technology, entertainment, and design was realized in the form of an event called TED. The organization’s motto is, “Ideas worth spreading.” Over the years, TED talks have shared the minds of such speakers as the magician David Blaine, supermodel Cameron Russell, and many men named Bill (namely, Gates and Clinton). Today the organization has undergone a Cambrian-like explosion to form TEDWomen, TEDGlobal, TEDYouth, TEDx and TEDMED.

TEDMED is a multidisciplinary conference, taking place November 2015 in Palm Springs, California. The focus is on health, but the approach is innovative. The conference brings together artists, philosophers, athletes, politicians, healthcare professionals, scientists and more, in the hope that an integrative perspective may help us to overcome the challenges facing healthcare today.

The conference kicked off with six speakers. One, in particular, caught my ear. TEDMED has deemed her the “physicians’ guardian angel.” Her name is Pamela Wible. She is a family medicine physician, but her specialty is physician suicide.

As a child, Dr. Wible visited mentally ill patients with her psychiatrist mother, as well as the morgue with her pathologist father. She never feared death, but she is scared for the lives of physicians everywhere.

While physicians enter the medical profession with equal or better mental health than their peers, during medical training a change takes place.

It is often quoted that physicians are two times more likely to commit suicide than the general population, with over 400 physician suicides each year in the United States. Physician mental health was last brought the forefront of public conversation in 1978, by the novel House of God, and then subtly swept back beneath the sterile field. Last year the conversation resumed, after the devastating suicides of not one but, two New York resident physicians.

Resident physician depression rates are infamously high, estimated between 15 to 30 percent.  I am fortunate to be in a medical residency that emphasizes physician wellness, but many of the challenges of residency are institutionalized and pervasive.

What causes such despair in our healers? Some have blamed the cycle of abuse within the hierarchy of the medical profession. Others sight sleep deprivation, patient suffering and death, job pressure and the production line of medicine. It is likely a combination of these issues, many of which remain ignored.

The metamorphosis of the doctor-patient relationship to include patient-centered health care, requiring patients to understand and take control of their own health, may be one component to a definitive solution. Allowing doctors to step down from the pedestal society has placed them on and be seen as human, acknowledging a person’s right to have flaws.

At the end of the day, a good doctor would do anything in his or her power to help patients, and in my experience they often do.

When I think back to that first questions, “Why do you want to be a doctor?” I am happy that my simple answer remains unchanged. But I do fear what I may be required to sacrifice in exchange for this privilege.

Simplify your life: A philosophy that should be applied to weight loss 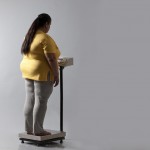 Value to patients and value to society: How can doctors balance the tension? 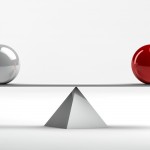 A physician at TEDMED 2015: Here’s the topic that stood out
4 comments