An excerpt from 11 out of 10: A Collection of Humorous Medical Short Stories.

When I was 16, I got a job as a “standardized patient.” My neighbor worked for a medical school, and they needed standardized patients for their medical students to practice talking to. Because apparently you can make it through four years of undergraduate, a rigorous medical school application process, and, you know, normal life experiences, but still require formalized practice in speaking with other actual humans.

So I showed up for training, and was assigned my patient role. I was hoping for a TV-medical-show mystery type patient… some vague symptoms combined with a fascinating and intriguing back story. I expected this to be my dramatic acting debut, complete with genuine tears of pain and suffering when recounting my medical symptoms.

Instead, I was told that I was a slut. Apparently, their medical students were not comfortable talking to young teenage girls about their sexual escapades. So I was there to be a big-ole slut.

My character profile was a real gem. I worked at Taco Bell after school, and I started sleeping with my manager. He was 23 and had a motorcycle. We had unprotected sex because he didn’t like condoms. So I was looking for birth control pills. I was supposed to act embarrassed and shy, and evasive and reluctant in answering questions. The young doctors-to-be were supposed to recognize that I was at risk for STDs and domestic violence and set me on a better path.

It was awkward. It was beyond awkward. Awkward was a dead fly on our rear view mirror. I would’ve killed for it to just be “awkward.” I had to pretend I was there for a headache, because I was too embarrassed to come out and say I needed to talk about sex. So the medical student would start on a rigorous course of questioning about my headaches to which I infuriatingly answered “I don’t know” to every question. This charade continued until finally, exacerbated after wasting 12 of their 15 minutes on my obvious non-headache, they would ask, “So what are you really here for?!”

I got more frustrated than they did with the “headache” prologue. Sometimes I would try to make my own transition … They would ask, “Does anything seem to make the headache better?” and I’d say, “Yes, having unprotected, crazy, statutory-rape sex.” The doctor-teacher sitting on the other side of the one-way glass did not like that.

The other awkward part was the physical exam. In the real world, a teenager at risk for genital warts and cervical cancer would get at least a glance-over of her down-there-ness from a doctor about to prescribe birth control. But the medical school did not want their fumbling mini-doctors poking around my junk. Probably because paying a 16-year-old to let people repeatedly perform pelvic exams qualifies as a child sex crime.

But the medical students didn’t know whether they were supposed to examine me or not. In an attempt to make up for the awkwardness of the encounter up until that point, they would charge confidently ahead in stating that I needed a pelvic exam. I was supposed to tell them I was on my period, and about 80 percent of them got the point and backed down. Another 19 percent got the hint when I said I was really uncomfortable with having an exam, but promised to come back next week for an exam. Then there were the 1 percent of medical students who still persisted. They thought the “I’m on my period” bit was like the “I have headaches” ruse, and they were too smart to fall for that twice. They were going to examine me whether I liked it or not.

Here’s a tip for medical students: if a standardized patient encounter ends with a 16-year-old girl yelling to get your hands off of her, then you have failed.

All that being said, being a standardized patient was the best job you can possibly give a teenage girl. I literally got paid $30 per hour to be lectured about having safe sex. At 16 years old, I knew more than any other virgin ever about syphilis, HPV, and how teenage pregnancy would ruin my life.

Freida McFadden is the editor of 11 out of 10: A Collection of Humorous Medical Short Stories. 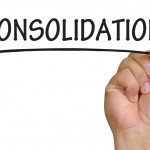