As a physician, you are required to have keen senses.  Touch, smell, hearing, and sight are absolute necessities for most practicing physicians while we can only hope that taste is reserved for meals and non-professional situations.  I recently returned from a week of vacation in the great outdoors and found myself wishing that I had more olfactory agnosia.  Olfactory is a Latin adjective from olfacere that translates “of or relating to the sense of smell.”  Agnosia is of Greek origin from agnosia meaning “ignorance or inability to interpret sensations.”

I had spent the whole prior week on a dude ranch around cattle, horses, sheep, and the like.  The venue was quite relaxing and panoramic, but the smells were expectedly unpleasant at times.  After we left, I certainly did not miss the constant sweating or the smell of the pigpen and the cow pasture.  The return to work after a week like this is often like a space shuttle’s reentry into the earth’s atmosphere- it requires a certain amount of inertia to get started, is dicey for a while as you adjust to the speed and heat, and then settles as you coast to the final destination.

On my return to the real world, I woke up early that Monday morning and got into the hospital at a time when there was not much activity in the ICUs or on the floors.  I needed some rocket fuel to get out of the house but then settled back into my usual routine pretty quickly.  I often find this time fulfilling as I can get my hospital rounds knocked out prior to facing the day of procedures and clinic.  My first stop is almost always the medical intensive care unit (ICU) at our hospital as it happens to be the farthest unit from the elevators, so I go there and then make my way through the other ICUs before hitting the elevators for the medical floors.

For a point of reference, a cardiologist will usually have a combination of: ICU patients with sepsis (infections causing low blood pressure and organ failure), respiratory problems requiring ventilators, and other issues that can put stress on the heart; coronary care unit (CCU) patients with heart attacks, congestive heart failure (CHF), and arrhythmias; cardiovascular ICU (CVICU) patients who have had heart bypass and valve surgery; cardiac floor patients who are stable enough after their heart attack, stent, or CHF not to need a CCU; or medical/surgical floor patients who have had a non-heart problem that then triggers a heart problem.

That particular morning, I had quite a few ICU/CCU and med-surg floor patients.  I remember walking into the ICU to see my first patient and smelling something so revolting that I nearly turned around.  My immediate thought was, “Oh God, I hope that smell isn’t coming from the room I’m about to go into” as something so intense is hard to handle in passing but will suffocate you if endured for several minutes at a time.  Of course, the smell was coming from my patient’s room who not only had a bowel obstruction and necrotic gut but also had a rapid heartbeat called atrial fibrillation.  I looked around for some cotton balls to stuff up my nose, had no success, and so I dabbed my fingers with alcohol soap and lathered my nostrils with it prior to walking in the room.  The burn of alcohol in my nose temporarily diminished the rotten smell in the room.  Unfortunately, the patient’s wife had multiple questions that I suffered through as I tried not to pass out from the stench coming from the dead bowel three feet away.

I managed to escape that room eventually, and as I retreated 30 yards from the door, the smell dissipated enough that I could finally take a deep breath again.  I bounced in and out of several CCU patient rooms with various whiffs from unshowered, unshaven, non-toothbrushed patients.  Although not entirely pleasant, this was like smelling roses compared to the bowel obstruction patient.  Unfortunately several minutes later, I walked into the next cloud of mixed aromas emanating from another patient who thankfully did not belong to me.  She had the clear odor of Clostridium difficile colitis. C. diff has a very recognizable scent that is both sweet and atrocious in the same sniff.  Had I known that my path was going to intersect with this odor, I clearly would have taken a more circuitous route to avoid it. By this time, I became intensely aware that I was no longer on vacation and had forsaken the simple life for a more complex yet equally stinky return to daily life.  I also began to ponder an invisible, simple, disposable device that would allow a person not to smell anything around him/her.  I came up with nothing, so I moved on.

I breezed through the cardiac floor with its lot full of private rooms/bathrooms and well-bathed clients.  As I reached the med-surg floor that day and as is my ritual, I noticed the number of yellow bins full of yellow isolation gowns as I entered each hallway.  The number of bins (one for each patient with a particular kind of resistant infection that requires gown and gloves to enter the room) per hallway often will signal the overall smell of the walk down that corridor.  Today’s walk was particularly full of yellow bins.  I heard one patient vomiting behind a closed door (thankfully not one I had to enter) and accelerated through the perfume that was spilling out from under the door.  I slowed down to look at my list of room numbers and then was hit with an invisible wall of stench which made my nose hairs tingle.  I passed a nurse who exchanged a similar wrinkled-nose expression as she said “dressing change time.”

I rounded the corner into my next patient’s room to see a filet of flesh.  It was a diabetic patient’s foot being unwrapped from bandages exposing a necrotic ulcer.  The infection clearly was being treated by IV antibiotics as I saw no fewer than twelve bags of multicolored medication hanging from a pole in the room, but I would have bet big money that they weren’t actually achieving any sustainable results based on the malodor populating the room.  I talked to the patient briefly about his heart issue and quickly excused myself having only taken half a breath a minute for the duration.

As I finished rounds in the hospital, I was thankful for a couple of things.  First, no bad smell in my clinic ever approaches the best breath/sniff in the hospital.  Second, I had several procedures that day, and thankfully they involved wearing a mask that often will mitigate any foul odor.  Third, my hospital tour of duty for the day was over, so I had twenty-four hours prior to re-enlistment.  Finally, as with all vacations my “smell” tolerance had waned and thus the first day back to work was overly intoxicating in a way similar to alcohol use after a time of abstinence.  The tolerance would rapidly improve with each day back.

There are certain doctors and nurses who are exposed to a variety of smells on a regular basis that makes them smell tolerant.  General surgeons, ER doctors, GI doctors, and vascular surgeons come to mind as smell-aholics.  Teetotalers in the field of aromatic medicine are neurosurgeons, psychiatrists, and dermatologists.

As you might know, doctors, nurses, and hospital workers are faced with difficult decisions and dilemmas all the time, but what is underappreciated is how sights/smells/touches can affect the care a patient is given.  This experience made me wonder how nice it would be to have olfactory agnosia — the inability to smell.  To be specific, I wouldn’t want to not have the ability to smell … I really just would want to be able to hit a switch that would turn off my olfactory bulb and prevent me from having to endure certain smells in certain locations.  Even cooler, a programmable switch that you would program to turn on in certain locations- hospital wards, public restrooms, towns with paper mills, et cetera.

Obviously, what I have just suggested is not currently possible and likely won’t be for generations if at all.  Maybe I am just wishing all those smell averse people a little hope in the future.  Otherwise, I really need to work on my tolerance. 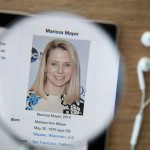 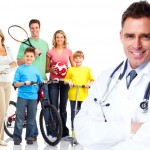