How about the false negative — the cancer missed on the mammogram? A common reason doctors get sued is missing cancer on mammography.  The false negative is not a statistic but a real person. We promised her early detection of cancer, but we failed. It is not surprising that she sues us for breaking our promise.

Now consider the false positive. She doesn’t have cancer. The mammogram flags a possible cancer because of a suspicious finding. Abnormalities in mammograms are seldom binary. There are shades of gray. Because the shade of gray is a suspicious shade, she has an ultrasound and then a biopsy. She is waiting for the results of the biopsy. Her heart is pounding with anxiety. The physician breaks the news to her “no cancer, your biopsy is negative.”

Imagine her relief. Far from being angry with the doctors for taking her into a rabbit hole she is grateful. That the possible abnormality in her mammogram was not ignored shows that her doctor cares. You can never care too much. You can never be too safe. Better safe than sorry.

Doctors are thanked by the false positives but can be sued by the false negatives. When you don’t know what the outcome will be the choice is simple — better thanked than sued.

Doctors haven’t stopped being wrong. We just make more tolerable mistakes. But we are not alone. We live in a society that is obsessed with safety. Precaution is the new morality. False positive is precaution by another name.

Saurabh Jha is a radiologist and can be reached on Twitter @RogueRad.  This article originally appeared in Psychology Today.

Is it time to take out your skeleton in the closet? 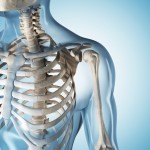 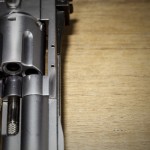