Did you know that September is Women in Medicine Month?

When I tell someone I’m involved in the American Medical Women’s Association (AMWA), my favorite response is, “Are organizations like that still necessary? It’s 2015.”

First, thanks for the clarification of what year we are in. Isn’t it shocking that in 2015 women in medicine are still not equal to their male counterparts? And second, to answer your question: Yes, AMWA is extremely necessary in today’s day and age. Allow me to explain why, after a brief history lesson.

AMWA, established in 1915 by Dr. Bertha Van Hoosen, stands as the oldest multispecialty women’s medical organization. At the time it was founded, women made up less than 6 percent of physicians. The organization served to connect these women to one another, mentor and help new physician graduates find work (by publishing lists of institutions that would actually consider hiring a woman).

In World War I, the U.S. government called on physicians across the country to step up and serve, but would not accept women physicians in an official capacity (I still can’t wrap my head around this). It was then that the American Women’s Hospital Service (AWHS) was founded and raised $200,000 to develop hospitals and clinics across Europe to aid in the war-torn areas. They were eventually recognized alongside the Red Cross for their heroic work. Needless to say, by the time the Second World War hit, AMWA did not allow women physicians to be excluded from serving in the same capacity as men. They put forth the Sparkman-Johnson bill and it’s passing in 1943 ensured that women physicians had official, commissioned status in the war.

You know those basic prenatal rights that every woman is entitled to? Like access to a clinic and rudimentary prenatal care? You can thank AMWA for that. In 1921, AMWA lobbied for the passage of the Sheppard-Towner Act to instate federal funding for maternity and childcare, which established over 3,000 healthcare centers across the country — many of which are still used today.

Oh, and you know those magical pills women can take daily to prevent an unwanted pregnancy? Thanks for that too, AMWA. In 1929, AMWA advocated for birth control, way before the medical community, and their male-physician colleagues were ready to accept it. Despite the extreme backlash they received, they persevered on their stance for this fundamental women’s right.

OK, enough of the history lesson. Let’s get to the solid facts on the status of women in medicine today:

So are women medical organizations still necessary, even in 2015? Absolutely.

If you don’t want to take my word for it, ask one of our thousands of members across the United States who use AMWA to:

For women in medicine who resent being “pinned down by their gender” and refuse to join women societies because they feel they are excuses for women to get together and “complain about why they can’t succeed,” you’re sadly wrong. If you as a women physician have experienced success in your field and have been recognized for your abilities and intellect, these are better reasons to join organizations like AMWA in order to provide mentorship for those struggling.

Lastly, just for the record, we do not sit around painting our nails and cry about men who are more successful than us. We’re simply too busy following in the footsteps of pioneers like Drs. Bertha Van Hoosen and Elizabeth Blackwell.

Fatima Fahs is a medical student and the national student president, AMWA. 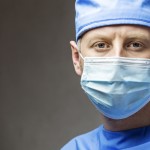