Have you been injured? Call us at this number! You may be entitled to a reward!

We have all seen these advertisements on TV. Our society has become conditioned to expect perfection. If a patient suffers a known complication from a condition or dies, there is a feeling that someone must be held accountable — even if everything was done perfectly from a medical standpoint. Medical malpractice litigation has exploded over the last thirty years.

Most American doctors can expect to be sued at some point during their career. I have seen estimates that as high as sixty-five to seventy percent of physicians will be involved in some form of litigation before they retire. A study by Anupam B. Jenna of Harvard Medical School published in the New England Journal of Medicine from 2011 that looked at a large cohort of physicians demonstrated that approximately 1 out of every fourteen physicians faced the burden of a malpractice suit every year during the time period the study was conducted.  This study exemplifies just how out of hand things have gotten with jaw-dropping figures in some subspecialties, such as neurosurgery, where an average of 19.1 percent of practicing neurosurgeons faced a claim each year.

The quality and appropriateness of care we, as physicians, provide is divorced from the reality of our litigious society. As Ted Epperly pointed out in his book, Fractured, the United States has approximately 5 percent of the world’s population, but yet our country has greater than 50 percent of the world’s lawyers.  The overwhelming majority of lawyers who practice in the United States are not involved in malpractice litigation.  However, the very small subset of attorneys who do specialize in malpractice litigation drive up the cost of health care by causing a significant increase in the practice of defensive medicine.  In fact, the cost of defensive medicine has been estimated to be an astounding 125 billion dollars a year.

The absolute best physician I know, an internist who trained at John Hopkins, recently was sued in a case from my field, rheumatology. This physician made the correct diagnosis and instituted the correct treatment for an incredibly rare condition. The patient suffered a known complication from the condition and elected to sue this doctor. The doctor eventually won the case, but not before being subjected to the psychological and emotional toll of going through a lawsuit.

My father was involved in a frivolous malpractice suit in which the plaintiff who sued him eventually went to prison as a result of the suit when it came out during the trial as part of a financial disclosure that the plaintiff had been delinquent on his federal income and child support payments for several years prior to the trial.  My father obviously won his malpractice case on merit. However, he went through an emotional rollercoaster as a result of the trial. Many doctors feel that litigation and the threat of being sued is the worst thing about clinical medicine.

Due to the ever-present threat of litigation, sometimes doctors look at patients, not as human beings going through a difficult time, but as potential adversaries who are going to sue us no matter how good a job we do for them. Patients are no longer people but rather potential legal liabilities. Our fear of being sued causes us to order more tests, refer to more subspecialists, and admit our patients for conservative unnecessary hospitalizations, and generally do more to rule out disease and cover ourselves than we may otherwise.

Fear of lawsuits can result in limited access to care for high-risk patients, and it can lead to over-treatment. Many doctors are leaving high-risk fields such as obstetrics. For example, my wife’s previous gynecologist, who was an outstanding obstetrician, left the practice of obstetrics as a result of her concern over litigation. It is not unheard of for an obstetrician’s medical malpractice premium to cost over 100,000 dollars a year.   A 2012 study by the American Congress of Obstetrics and Gynecologists that analyzed the medical liability climate in this subspecialty from 2009 to 2011, demonstrated that a staggering 42 percent of survey respondents reported that they had a claim filed against them just during this narrow three year window.   The fear of being sued has fundamentally changed the doctor-patient relationship and led to mistrust and suspicion on both sides.

A lawsuit is a major life event, and physicians suffer drastically when they are sued. When physicians are sued, they can experience intense isolation and embarrassment. It is almost impossible not to react to a lawsuit as an affront to a doctor’s ability, despite their frequency. Physicians often second guess their clinical decisions and acumen moving forward after a suit. Frequently, physicians going through a lawsuit experience anxiety and depression and they can understandably obsess over the case that resulted in the suit. Tragically, sometimes physicians who are sued resort to suicide. The ever looming threat of litigation plays an enormous role in physician burnout, and physicians who are sued are particularly prone to develop severe burnout.

Every physician I know can relate a Kafkaesque tale about medical litigation involving themselves or a colleague. Physicians want patients who are injured as a consequence of medical error or negligence to be justly compensated. However, the current system does not adequately ensure that this happens. Instead, excess litigation drives up the cost of care because of defensive medicine.

The time for tort reform is long overdue in American medicine. Unfortunately, significant reform was not achieved with the passage of the Affordable Care Act. The general public has a vague idea that something is amiss and that the scales are tipped against physicians nowadays in our medical malpractice system.  It imperative that we as physicians try and educate the public about the malpractice crisis in our health care system if we ever want to see significant and lasting tort reform enacted.

If we do not achieve significant tort reform, medicine will be a less palatable career choice for the best and brightest of the next generation. We are already rapidly losing doctors in high-risk subspecialties as a consequence of our current litigation system. In what other profession does an eager, aspiring trainee know that there is a greater than 50 percent likelihood that he or she will eventually be sued?

Tom Murphy is the author of Physician Burnout: A Guide to Recognition and Recovery. 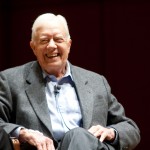 The time for medical liability reform is now. Here’s why.
36 comments