We’ve all seen them: those once paper but increasingly digital forms that enthusiastically request our feedback. “Tell us how we’re doing,” they cheerfully announce, or, “Help us improve!”

Some of us even send them out as part of our practices or health systems or educational programs.

We also fill them out, both as regular citizens and as clinicians. Or we mean to. I certainly try to, with some exceptions. Recently, I deleted a survey from a hotel I stayed at for one night in a country I am unlikely to return to in this lifetime. I just didn’t care enough to bother.

But I do care about the sender of the form I completed last month. It came from my primary care doctor’s office. Unfortunately, it suffered from two fatal flaws:

1. It didn’t respect my time. It took fifteen minutes, and they sent it again after a follow-up visit a week later. If I tried to be a helpful patient, I would lose hours each year to the task. This is important because response rates matter.

2. I doubted the motivations. I’ve been going to this practice for years, and it seems largely unchanged. Were they just asking so they could say they ask when, in fact, little or nothing is done with the results they receive?

This sounds worse than I mean it to. But too often it seems that if health systems and practices really cared as much as they purport to about patient satisfaction and quality of care, hospitals, and clinics would look, feel, and function significantly differently than they currently do.

As a doctor and a patient, I want to be a good citizen. But last week I again deleted a survey from a doctor’s office, and that got me thinking: What could that health system do that would make me fill out their survey?

Not surprisingly, the first two approaches are the reverse of the stumbling blocks above.

1. Ask just a few, broad questions. This, so patients can complete the survey quickly and focus on what matters to them. After a medical encounter, most people can easily say what went well, what was disappointing, and what they needed but didn’t get. And with many more completed surveys, anything being done particularly well or poorly will emerge as a common commendation or complaint.

3. Draw attention to improvements. Institutions should both show and tell patients what they’ve done vis-à-vis improvements to their website, clinic, and hospital sites. This is particularly important when there have been obvious issues.

4. Separate surveys that will change care from those required by regulators. This would acknowledge implicitly that those patients who spend 15 minutes filling out a survey after each medical encounter are not representative and that these provide more granular data on individual processes and personnel than do those surveys that were completed in just a few quick minutes.

This approach would not only improve the of-late often-cited “patient experience” but, I suspect, would transform care itself. Based solely on my own friends’ and family’s experiences in recent months at three top medical centers — one private not-for-profit, one HMO, and one academic center — our health system could save hundreds of thousands of dollars in unnecessary tests and appointments and decrease stress on both patients and providers.

Of course, if they want to know my suggestions, they’ll have to ask in the right way and prove they care about my answers.

Louise Aronson is a geriatrician and the author of A History of the Present Illness. She blogs at her self-titled site, Louse Aronson, and can be found on Twitter @LouiseAronson.  This article originally appeared in the Doctor Blog. 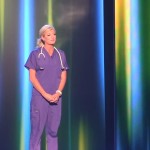 Can you teach the art of medicine?