BEEEP BEEEP BEEEP BEEEP … I pressed a button to silence my pager and rose groggily from the bed in the on-call room.  I hadn’t truly been asleep, just catching a quick rest between pages.  It was 2 a.m.  I was 19 hours into my shift and, from the looks of the page, there was a new patient ready for admission to our family medicine inpatient service.  I picked up the phone and called down to the ER to get the full story.

“New admission: 47-year-old male who’s dehydrated and needs IV fluids and pain control before upcoming flight to his home in East Africa.  He’s got widespread metastatic cancer; oncology thinks days-to-weeks to live, without additional options for treatment.  Enrolled in hospice last week but hasn’t seen them yet.  He bought plane tickets for him and his sister, and his plan is to fly home in 2 days to be with his wife and child for the remainder of his life.”

The ER physician’s words echoed in my head as I reviewed the patient’s chart.  This was not the typical admission to our service.  I slipped on my white coat and began the long walk from the 8th floor of the hospital down to the basement — the home of the emergency department.  As the senior night resident, it was my job to admit this man to the hospital.

As I approached his room, I remembered a lesson from one of the palliative care specialists in our department.  He taught that, at the end of life, it’s most important to first determine the patient’s goals and then let those goals guide recommendations and therapy.  For critically ill patients, we have IV fluids and medications to support dropping blood pressures, oxygen, and mechanical ventilation to help with breathing, and strong antibiotics to stave off disease. However, if the patient’s goals are to be comfortable and at home, surrounded by loved ones at the end of life, then these invasive and oftentimes uncomfortable medical interventions are better left on the sideline, replaced by medications to help make the patient more comfortable.

I knocked on his door, waited for permission, and entered.  Inside the dimly lit room were two people: a middle-aged woman adorned in a beautiful light-blue hijab stood and introduced herself as the man’s sister; and the patient, bald and with sagging eyes, laid on the hospital bed looking up at me.   I introduced myself to both of them, glanced at the monitor, saw with relief that his vital signs were within the normal ranges, and then sat in a chair next to his bed. He sat up and extended both of his hands towards me, enfolding my right hand in a warm and gentle handshake. He smiled and told me his name.  Despite these signs of strength, he looked cachexic and weak.

“What are your goals for this hospitalization?” I began.

“I know I do not have long in this world, and I am at peace with this,” he began.  “I want to go to my home country to be with my family for my remaining days, but am worried because I have not been able to eat or drink.”

BEEEP BEE … I pressed the button to silence my pager and urged him to carry on. Whatever it was, it could wait.

“I would like to get fluids to regain my strength,” he continued, “and medication to help with pain and nausea so I can endure the flight to my home.”

I nodded in understanding.  I reviewed his medications and discussed what had worked best for his symptoms in the past.  I assured him and his sister that our objectives as his doctors would be in line with his goals, and we would aim to get him safely on his flight in 36 hours.

At the end of our conversation, he smiled at me.  “Thank you for your humanity,” he said.

I never saw him again.  I ordered IV fluids, and medications for his pain and nausea.  I gave sign-out to the morning team to let them know his goals and, when I followed up with the team later that week, was happy to hear that his symptoms had improved, and he was able to get the appropriate prescriptions in time to make his flight.

I played a very small part in his care, but the brief interaction still sticks with me. And, I hope that by doing my part as the overnight resident physician, I helped to make him more comfortable on his journey home.

A liquid biopsy for cancer: Too good to be true? 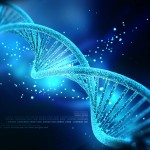 When a doctor is in doubt, she asks a family member 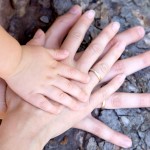 Thank you for your humanity: A resident night float story
1 comments