I first met Marie five years ago. A petite, soft-spoken woman in her thirties, she was the patient of one of the residents whom I supervise at our community hospital. Marie worked in housekeeping for a large corporation; she and her husband, a bus driver, had a six-year-old son. Now she was twenty-six weeks (six months) pregnant with their second child.

Marie’s blood pressure was markedly elevated (168/120), she had fairly high amounts of protein in her urine, and her baby measured small on the ultrasound. These pointed to severe preeclampsia — a serious complication that can quickly worsen, leading to kidney damage, seizures or even death for mother and child, and that can only be cured by delivering the baby.

The resident and I reached a swift, unanimous decision: Marie’s pregnancy was far too high-risk for our hospital. She needed to be transferred to the University Hospital across town — “the U,” as it’s known. And the baby would need to be delivered soon.

But Marie had other plans.

“No,” she said quietly and calmly. “I’m not going there.”

We listened as she spelled out her concerns: the costs involved, the need to find care for her son, the time lost from her job.

“And I have no insurance,” she finished.

We offered solutions — including reassurance that, once admitted to the U, she would quickly get insurance approval. Again, we underscored our concern about the health risks she and her baby were facing.

“I know you’re saying that I could die, and my baby could die,” she replied, quietly but firmly. “We’ll be OK, and I’m not going to the U.”

Fleetingly, I wondered if the real reason for her refusal was a fear that, once the U doctors saw her, they’d insist on a C-section. This was indeed a strong possibility — and to my mind, it was preferable to risking both her life and the baby’s. Still, I didn’t feel comfortable trying to force her to go. If this turned into a battle of wills, she might refuse to come back at all.

The best we could do was to persuade Marie to accept a referral to the U’s outpatient high-risk clinic and get her an appointment there for the following day.

Unhappily, I sat down to write a supplemental note in her chart, fearful that she might suffer a seizure, stroke or worse overnight and that our colleagues would condemn us for not forcing her to go to the U immediately, or at least admitting her to our hospital for monitoring. Keenly aware that I was choosing my words with an eye towards the lawyers and peer reviewers, I hoped fervently that Marie would keep her appointment.

The following day, though, her electronic record showed no clinic visit, so I asked our nurse to contact her and see if she needed help getting to her appointment.

Marie told the nurse that she was fine, and that she’d see us the following week at her regular appointment.

At ensuing visits, the same scenario played out over and over. Despite the hypertension medications we’d prescribed, Marie’s blood pressure stayed high (160/110). The resident and one or another of my fellow attendings would sit with her, point out her continued preeclampsia and the baby’s slow growth, and try to cajole her into going to the high-risk service.

I happened to be on call in the labor triage unit when Marie, now thirty-two weeks pregnant, came in complaining of a mild headache.

Seeing her exam results, I felt a stab of alarm. Her blood pressure was still soaring, and her labs were worse; now she had elevated liver enzymes to go with her high urine protein.

“Marie,” I said, surprised at how sharp I sounded. “It’s time. Your numbers are worse, and your headache is a sign that you’re getting even sicker. I’ve called an ambulance, and you must go to the U today.”

Marie gazed at me enigmatically.

“How about tomorrow?” she asked. “Or can I take the bus?”

“No,” I said firmly, feeling like a bully. “You need to go now — and you need to take the ambulance.” I had her sign a consent form, and soon after, the ambulance raced her to the U.

My relief was tempered by no small feeling of shame that I’d forced her to go — and fear of the damage that her preeclampsia might have wreaked on her baby’s health and her own.

Shortly thereafter, I heard that Marie’s baby, whom she named Emmy, had been born right after their arrival. Although Emmy was vigorous, she was also very small, and she suffered from multiple health problems. She’d been put on a ventilator and a feeding tube; she had a heart murmur; there were concerns about her vision.

Slightly reassured to hear that Marie had expressed happiness over her successful delivery, I still felt guilty about bullying her and puzzled about her reluctance to go to the U; I felt that I’d missed an opportunity to address that issue with her.

Baby Emmy’s doctors sent many reports and consult letters in the weeks to come, and her chart overflowed with their notes and acronyms. After finally being discharged home, she was soon readmitted for an abdominal tumor. Mercifully, it was benign — but it added surgeries and more consultants to her medical saga.

Over the next few years, Emmy continued her leisurely growth. Gradually the specialists all signed off on her care, leaving their entries in her records as mementos, along with the surgical scars on her abdomen and chest wall.

This past fall, not having seen Emmy for a couple of years, I spotted her name on my schedule. She was coming in for a well-child check.

I wonder how she’s doing? I thought, remembering her rocky start.

While examining her, I said, “I have a cat who has a scar on his belly, sort of like this one on yours.” The exam confirmed what already seemed clear: Emmy was now a thoroughly healthy child.

Afterwards, she looked at me.

“Here, this is for you,” she said, handing me a drawing that she’d scrawled on the back of her registration paperwork. It showed her family, with a cat.

I thanked her, said goodbye — and barely made it out of the room before happy tears started streaming down my face.

Emmy’s small, hand-drawn picture showed me the bigger picture: That for all the times things go badly despite our best efforts, sometimes things go well even when our patients, for whatever reason, don’t accept the care we want to give.

Our ever-advancing medical knowledge notwithstanding, so much of the human spirit and of human health lies beyond our knowledge, and outside of our power.

Emmy’s picture remains on my wall to remind me of this.

Deborah Pierce is a family physician. This piece was originally published in Pulse — voices from the heart of medicine. 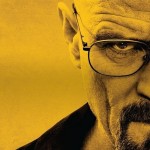 The human physician will soon become history. Here's why. 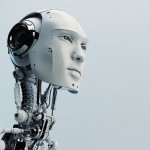