In medical training, one of the main things that is emphasized is the importance of acting professionally. We encounter patients who have a particular idea of how doctors are supposed to act during the patient-physician encounter, and for the most part, I expected that they would want a doctor who is caring, but serious, at the same time.

In those encounters, we are focusing on the health of patients, a very serious concern in their minds and what should be a serious concern for us as well. We deal with talking to patients about making important decisions regarding their health, decisions that may involve treatments or procedures that could potentially lead to untoward side effects. For the most part, I approached most of my encounters with a sense of gravity about the patient’s medical situation, but I recently had a patient that caused me to do something that challenged my ideas of what being professional could potentially look like in the hospital.

I recently was involved in the care of a patient who had to be admitted because of an abnormal finding on an ultrasound of her heart. She was a pleasant lady who had come in for a routine outpatient echocardiogram because she was having increasing trouble breathing. She had just finished receiving treatment for breast cancer, and given her worsening shortness of breath, an echocardiogram was ordered to evaluate her heart function.

When the images were analyzed, there was concern about a density in one of the chambers of her heart. It was unclear if there was a clot on her port which may have traveled to her lungs or if there was a mass in her heart that would raise concern for possible spread of her cancer. Since it was an unclear picture, she was told that she would be admitted so that another procedure could be done to get better images of her heart. She understood the reasoning behind the admission, and she agreed to be admitted.

During her hospitalization, other consulting services became involved to determine how to further evaluate this density in her heart. At one point, she needed to be on a blood thinner before it was determined that there was no clot in her lungs that was causing her symptoms. There were also debates about whether to remove her port to see if that could explain the density, but there was concern that with removal of the port, there might be a clot attached to it which could dislodge and potentially cause other problems. Given these ongoing discussions, her planned procedure was delayed for a few days.

I would expect that a delay like this would cause patients to become frustrated and impatient, but not so with her. She was so patient and kind to the staff taking care of her, appreciative of the care that she was receiving. She trusted all of us with regards to her care, and always said “Thank you” any time a physician would stop by to give her an update. She had a kind and gentle spirit, the type of personality that would soften even the hardest personality types. By the end of her hospitalization, she won the hearts of many, and it was her personality that led us to do something unconventional.

After a few days of discussion, it was decided that the procedure would go on after all. The procedure was going to be a transesophageal echocardiogram, which involves passing an ultrasound probe down the esophagus to just behind the heart in order to take images while the patient is consciously sedated. I was scheduled to do the procedure with the help of a cardiologist by my side. When she arrived in the procedure room, she was still in good spirits but was a little nervous about the procedure. The anxiety had two parts: she was not sure what she would feel during the procedure, and she was worried that what we found during this procedure could possibly indicate a progression of her breast cancer. Even with all this, she was chatting away with the rest of the staff in the room and causing everyone to be in good spirits. Like I said before, she had an amazing personality that was infectious to everyone who came into contact with her.

Just before the procedure, she was chatting with the nurse anesthetist and soon the topic of her favorite music came up. It turns out that both of them were fans of Motown music, and they started talking about some of the songs that they enjoyed. Admittedly, my ears perked up since I knew some of the songs they were discussing, songs that I grew up listening to. It turned out that the other staff in the room were also familiar with Motown music and listened in to the conversation. As the conversation came to a close, she started singing a few bars of the Temptations’ hit, “My Girl,” with the nurse anesthetist. Then, all of a sudden, I did something that I never thought I would do in a million years: I started singing in the procedure room.

Let me repeat: I started singing in the procedure room.

What happened was that they started singing one of my favorite Motown hits, and I immediately saw a change in her countenance. She no longer felt afraid because she was just having fun with this nurse anesthetist singing one of her favorite tunes. I saw that this had a therapeutic effect on her, and that in the midst of everything, she dealt with her nerves by singing. I thought that if anything, I could help her out further by joining in, so I started singing a few bars of “My Girl” with her. What surprised me was that pretty soon, everyone else in the room joined in, and suddenly we had an impromptu a cappella group in the procedure room for about a minute or so. Everyone was having a good time because of this wonderful patient, and we almost started dancing like the Temptations before we finished. (One of the doctors alleges that I did dance a little bit; maybe I did since I was having such a good time). Once we finished singing, I went ahead and did the procedure with the cardiologist, and thankfully that density turned out to be a Eustachian ridge, a very benign finding. Given these findings, she was discharged later that day.

What I learned that day was that for this patient, being professional meant acknowledging the anxiety she had about her medical situation in that period of time, and that there was a particular way in which she coped with the anxiety that helped her successfully go through the procedure. For her, singing was her coping mechanism, and she was looking for us to come alongside her and support her in this practice. I never thought that singing in the procedure room would ever be something that I would consider to be professional, but I saw that singing a few bars had a therapeutic effect on her the second another health professional started singing with her.

There was a brief period of hesitation on my part since it went against my previous assumption of professionalism as only being manifested in a doctor being serious in these moments, but I realized that even in singing, it was all about the patient and how she was feeling first and foremost. Perhaps that is what professionalism is ultimately about, that our outward actions are a reflection of us putting the patient first as opposed to us focusing on how those actions look in and of themselves.

For the longest time, I thought professionalism was all about how I should act, and that still is an important part, but I now think that the thing that trumps even those actions is making the patients the priority. If that causes us to act differently than what is expected for an ultimately therapeutic effect on a patient, then so be it. At the end of the day, that patient will remember how she felt in her time of need, and she will remember the staff that sang with her to put her at ease. I am not promising that I will sing again in the procedure room anytime soon, but at least I will remember this moment to remind me that sometimes, I may need to act in unconventional ways to help patients feel that they are in good hands. At the end of the day, even singing along with patients in that context can be seen as a professional act.

Is your hospital a miserable place to work? Here are 14 clues. 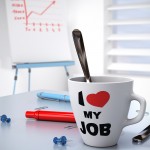 A little girl stopped this physician from asking why 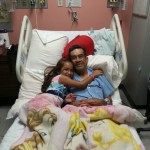 I started singing in the procedure room. And it reshaped my view of professionalism.
8 comments