An intern pushed open the call room door so that twelve medical students could crowd their eager faces together to see where we might sleep for the next three years. Only a few months away from medical school herself, the intern acted as if sleeping in such quarters were second nature. She gestured to the fluffy quilts the residents had brought from home to adorn their beds and giggled about how chilly the hospital nights were. Tiny white Christmas lights dangled from the top bunk. A sheet with a medical algorithm was taped to the wall above the desk phone and was decorated with doodles of flowers. And although this may have been the bed I slept in every fourth night for the next three years, the tour of it lasted no more than two minutes and needed no more than two seconds.

Although I had worked long hours as a medical student, I had only seen one call room while on my sub-internship, a rotation designed to simulate intern year for a medical student’s chosen area of specialization. My room, closet-sized with white walls and starched white hospital sheets on bunk beds, was an afterthought in both the minds hospital facilities management and my supervisors, who rarely let me see it. After returning home from my first night there, my husband asked if it was part of a larger lounge with flat screened TVs, leather couches, and a masseuse, as doctor lounges appear in TV and movies. “It can’t be that bad,” he said in disbelief after I described the white, windowless room I managed to lie in for a whole twenty minutes that evening.

Along the interview trail I saw many other call rooms, some as plain and bare as the one of my home institution and others as personalized and decorated as the one the intern had proudly displayed on my first tour. I began to see that these rooms were either a source of pride for some residents (a “home away from home”) or a means to an end (“a place to reapply your deodorant and brush your teeth” another told me). They became reflective of how my time on call would be viewed by each program. Either I was there to soak up every moment of learning and shouldn’t be sleeping much or naps were deemed a patient safety issue and required. Some programs saw the call room as a place for socialization with peers, individualized reading, or office space for work, while others saw it as a brief, resting post on a marathon call that focused on direct patient care as the primary purpose and means for learning. While call rooms never factored into how I chose my residency program, in retrospect I realized that I could easily have used them as a guide to the program that best suited my learning style.

Throughout the course of my residency, I spent varying amounts of time in call rooms, none decorated, but each with its own idiosyncrasies. My call rooms were a luxury, but not luxurious. There was one on the oncology floor that was positioned beneath the hospital’s tubing system, so you were equally likely to be awakened by a rattling tube of blood shooting across the hospital as you were your pager. There was another on the cardiology floor that it took me three weeks to find. In the meantime, I rested my head in my hands beneath the telemetry monitor and called that a nap. On the endocrine floor the room uniquely had its own bathroom, but was so cold that you had to remember to grab extra patient blankets on your way there or risk frostbite. And there was the one on a general pediatrics floor that was sometimes inappropriately occupied by a maintenance worker taking a break.

On a good night, I felt relaxed enough to take off my shoes and pagers and actually get some sleep. The kind of sleep where you need to set your alarm clock and that actually feels restful. More often though, I simply lay down fully dressed so that if a pager alarmed I could stand and run without having to look back. I purposefully kept myself in a light sleep and mostly just pondered my patients over and over, resting my body but not my mind. Occasionally as a bonus, a colleague from the night before may have left behind hospital tapas, a spread of snacks from the nutrition room: saltines, apple juice, ginger ale. If I was particularly lucky, I would get one of the rare rooms with a window and see the sunrise over the city.

Years later, as an experienced resident, I gave tours of our call rooms to prospective medical students. I opened the door and let the room speak for itself. Their usual responses were a disappointed collective “oh.” Occasionally someone would ask if they could bring in decorations from home, and I nodded, knowing that person wouldn’t be decorating a room at my program. This was a room for rest, regrouping, refuge, and hygiene. It was not a place for learning, for that came from patient care and colleagues. And it certainly was not my home away from home. Although my residency and hospital did feel like home to me, it was the people, the patients, and the medicine that felt familiar and familial, not the room that housed my body every fourth night.

Would I have loved a swanky call room as appears on TV? Certainly. Would it have made me a better doctor? Certainly not. As residency duty hours and intern schedules have changed over the years, so have the utility of call rooms. Without making any judgments about how much sleep residents do or do not need, I can say that my memories of my call rooms are vivid and yet unimportant in my journey as a physician. I am sure there are residents sleeping under quilts currently receiving a great education, but I know that for me, it was the life outside the call room that made my hospital home. 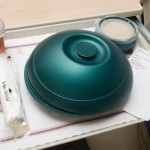 How call rooms reflect the personality of residency programs
6 comments