Overtesting — it’s an epidemic threatening consumers of U.S. health care. The notion that testing can be anything but beneficial belies the common assumption that more information is always better, as exemplified by billionaire Mark Cuban’s proclamation earlier this year that he obtains “baseline” quarterly blood tests and encourages others to do so. Knowledge is power, right? Not always. Aside from adding economic strain to our already beleaguered health care system, overtesting can harm patients from the adverse effects of the test itself or as a result of the interventions that ensue.

In an effort to curb excessive testing, some physicians advocate asking first how a test will affect the medical decision making for the patient (i.e., the “management” of the patient’s case), and then only proceeding if the test can in some way lead to a change in that patient’s treatment. If we’re not going to do anything differently based on the results, then why do it? I hear the “don’t order a test unless it’s going to change management!” adage voiced frequently; from the Stanford residents who I train, from colleagues, and from esteemed experts around the country. Unfortunately, while the question, “How will this test change management?” is a step in the right direction in terms of an evidence-based approach, it’s still not the right question.

Virtually any test can change management, but not always for the better. No test is perfect; most tests have the risk of yielding false positive results, false-negative results, or incidental findings. For example, if an infant with bronchiolitis, a common viral respiratory infection, is subjected to a chest x-ray (which is not recommended but is nonetheless performed frequently) there may be small areas of haziness seen in the lungs. While this finding is expected, and simply represents clogging of some of the smaller parts of the lungs by little bits of mucus, many doctors misinterpret it as bacterial pneumonia and respond by prescribing antibiotics. Although the test “changes management,” the infant is harmed because antibiotics are ineffective in bronchiolitis and can provoke diarrhea, severe allergic reactions and the development of antibiotic resistance.

Detection of true positive findings can also change management but still be harmful. The finding is accurate, but it didn’t help. This phenomenon is referred to as “overdiagnosis” — defined as the detection of conditions where such detection does not benefit patients — and is well-described in adults (e.g., some cases of breast, thyroid, and prostate cancer).  Although there is less awareness of overdiagnosis in children, it certainly occurs, as I proposed with several colleagues in a recent article in the journal Pediatrics. If a child with a minor head injury undergoes a CT scan of the head (also not recommended, but performed frequently), the scan might reveal a small fracture of the skull, or in some cases even a small amount of bleeding around the brain, both of which do not require intervention and will heal on their own. However, once those findings are detected, many physicians feel compelled to hospitalize, and in some cases will order additional scans that cause excessive exposure to radiation. Radiation exposure increases the risk of future malignancies, especially in children. Again, management changes, but patients suffer.

What, then, is the question that physicians (and patients, and parents) should be asking? The appropriate question should trigger the test advocate to discuss: the risks of the test itself; all possible anticipated findings; the treatments that would follow each of the possible findings; and the evidence supporting those treatments, with acknowledgement of potential treatment risks. The question “How will the benefits of this test outweigh the risks?” (or even more plainly, “How will this test help me?”) encompasses all of these domains.

In his book Less Medicine, More Health, Dr. Gilbert Welch (who has made vital contributions to increasing awareness around overtesting and overdiagnosis) suggests that the two questions a patient should ask his or her doctor when a test is proposed are: 1) “What are we looking for?” and 2) “If we find what we are looking for, what will we do differently?”  Certainly patients, and our health care system, would be better off if these questions were asked consistently. But even these questions are insufficient as they do not challenge the practitioner to appraise the evidence supporting the interventions that a finding would trigger. If a 40-year-old female were to make these inquiries when her physician suggests getting a mammogram, the answers would be simple: 1) the test is looking for breast cancer; and, 2) if we find it we’ll treat it!

However, as Dr. Welch has written so eloquently in the past, risk:benefit analyses do not necessarily favor screening mammography, especially in the 40 to 50-year-old age range. The probability of being harmed by a false positive or by overdiagnosis is much higher than the probability of benefiting from early detection of breast cancer. Asking a physician how the benefits of a proposed mammogram will outweigh the risks could trigger a discussion that more transparently lays out the possible findings and treatment courses.

Alan R. Schroeder is a pediatrician and can be reached on Twitter @safelydoingless.

4 ways to improve the lives of doctors and their patients

As a physician, it is difficult to admit to a lack of control 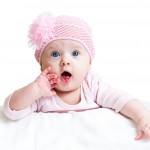 Getting patients and physicians to ask the right questions
6 comments